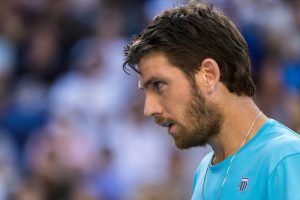 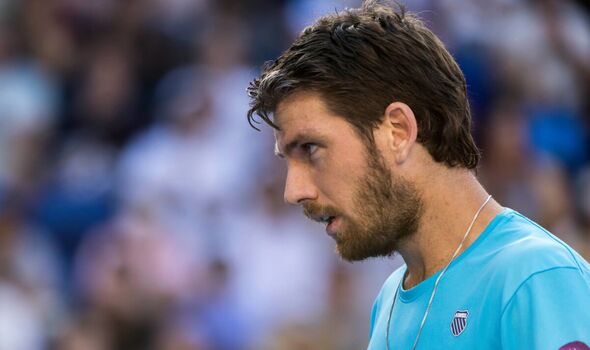 Cam Norrie claimed he peaked too soon this season as he defended playing lucrative exhibition matches around the world before crashing out of the Australian Open. The British No 1 appeared in Mexico, Saudi Arabia, Abu Dhabi and Hong Kong before starting his new season at the United Cup.

The Wimbledon semi-finalist beat Rafa Nadal in Sydney and then reached the final in Auckland last weekend. But on a windy day in Melbourne, the No 11 seed was blown away by world No 71 Jiri Lehecka 6-7 6-3 3-6 6-1 6-4 in three hours and 12 minutes.

Flat Norrie struggled with his service rhythm – he bounced the ball 19 times at one point between serves – and had his left knee strapped in a medical timeout after the first game of the final set. The British No 1 is still to get beyond the third round here in five main draw appearances.

World No 2 Casper Ruud said he would reconsider his scheduling after losing in the second round following a pre-season tour of South America. Amnesty International slammed Norrie for playing in “the latest jamboree of Saudi sportswashing” in the 12-man Diriyah Tennis Cup in Riyadh last month.

But the world No 12 insisted: “It’s the best preparation I’ve ever had to play matches. The best start to the year I’ve ever had. To play in the final in Auckland, and I came in here with a load of confidence, and I think it’s perfect to play matches before then.

“I played unbelievable in Hong Kong as well over Christmas time, so I really enjoyed that. It was perfect preparation for me. I wanted to play where the best players in the world were playing.

“Daniil (Medvedev) was playing there, and (Taylor) Fritz was going to Hong Kong. I wanted to play with the best in the world. Carlos Alcaraz was in Abu Dhabi. I think I gave myself the best preparation. It’s the best start of the year that I’ve had.

“It’s a lot of flights, but it’s the nature of our life. Yeah, it was nothing too crazy. I’ve taken more flights before that, and we’re going to have to fly a lot with our job. But for me it was great. I really enjoyed those events, and I got the best preparation that I could to play well here.

“Maybe I just peaked a little bit too early in United Cup. But now I think I came in here and gave myself the best chance. I think I didn’t play a very good match, and I almost won the match in five sets.”

Czech left-hander Lehecka, 21, had never reached the last 16 of a Grand Slam before and lost in the first round of every Major last year. But Norrie, who will next play in the Davis Cup in Colombia, said: “I think at the end of the day he played better than me.

“He won more big points than me, started all the sets much better than me. So if you are going to do that, he deserved to win. So he was too good in the end. But I fought as hard as I can. Pretty disappointed with that.”