Australian Open star set to inherit £5.5bn fortune yet to drop a set 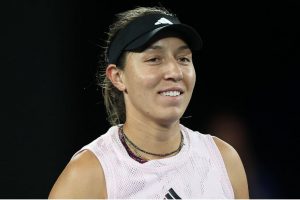 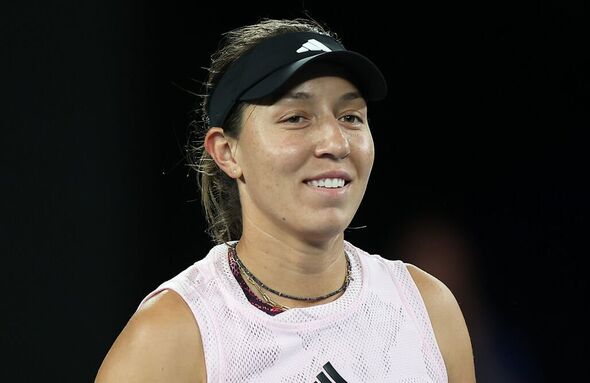 Australian Open star Jessica Pegula, who comes from a very wealthy background thanks to her father’s business empire, has her eyes firmly on the prize at Melbourne Park having yet to drop a set after reaching the fourth round. The American has never reached the semi-final of a Grand Slam singles tournament before but comes into this month’s major after her most successful year on the WTA Tour.

The 28-year-old, who is set to inherit a massive fortune from her father, rose to world No.3 last year after winning her first WTA 1000 crown and reaching the quarter-final stage in three of the four major tournaments. The American has started her Australian Open campaign in impressive style too winning each of her opening three matches in straight sets.

In her third round match it took the star just 65 minutes for her to cast aside Ukrainian Marta Kostyuk 6-0, 6-2. Talking about her victory the star said: “I thought I didn’t give away a lot of free points. I was playing aggressive when I had to, but also playing smart. So that worked really well. I wasn’t serving great today, but I thought I served smart enough to get myself through some tough games.”

Pegula has earned over £5.6million ($6.9m) since starting her professional tennis career after receiving a wildcard to enter the US Open doubles tournament in 2011. She reached the French Open doubles final last year alongside Coco Gauff helping to boost her earnings, but they are still insignificant compared to her father’s.

Her 71-year-old father Terrence has an estimated worth of £5.5bn ($6.7bn) and the tennis star stands to inherit a considerable amount of this. Pegula Sr made his fortune through the oil and gas industry before investing in property and the American sports market.

He currently owns ice hockey team Buffalo Sabres and American Football outfit Buffalo Bills while his personal worth has increased by over £700m in the last 12 months alone. in August last year, the American confessed that she felt “under the radar” despite being the American No.1.

Pegula made the comments after beating British No.1 Emma Raducanu during a WTA 1000 event last season but has since become better known on the tennis circuit.

The American is tipped by many to win her first Grand Slam this month in Melbourne and her chances were increased yesterday after the early exit of number two seed Ons Jabeur.

Number three seed Pegula will continue her Australian Open campaign on Sunday when she takes on 20th seed Barbora Krejcikova in the last-16. Talking about her next round opponent the American said: “I’ve watched her quite a bit. She’s had a great last couple of years.”