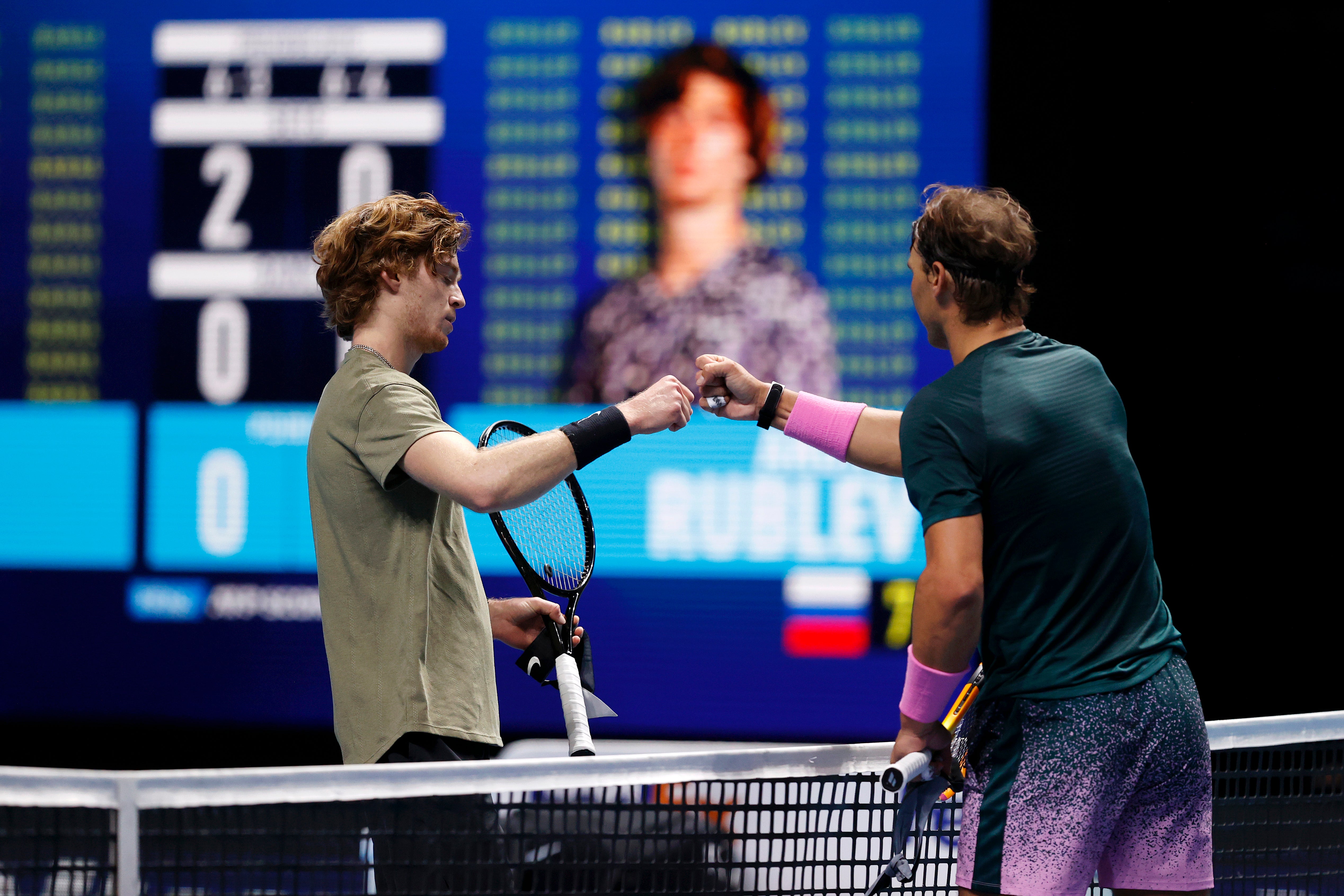 The Spaniard has qualified for the season-ending event for a record 16 years in a row, although he has missed it six times through injury, but has yet to lift the trophy.

Indoor hard courts have been by far Nadal’s weakest surface but he was sharp throughout against a nervous Rublev, who has won more titles and matches than any other player this season.

The serve in particular was a big difference between the two, with Rublev not creating a single break point and becoming increasingly frustrated as the match wore on.

Nadal said: “Of course it’s a positive start but I have to play against Dominic and then Stefanos, two of the toughest opponents that you can face.

“It’s important to start well for the confidence because winning in straight sets helps. And of course the serve tonight has been very important. I didn’t suffer much and that helps to play more relaxed on the returns.”

Britain’s Joe Salisbury only came out of two weeks of self-isolation on Friday after his coach tested positive for coronavirus but he and American partner Rajeev Ram made a winning start to their doubles campaign with a 7-5, 3-6, 10-5 victory over Lukasz Kubot and Marcelo Melo.

Prior to the first match, Novak Djokovic stepped out on court to receive his trophy for clinching the year-end number one ranking for a record-equalling sixth time.