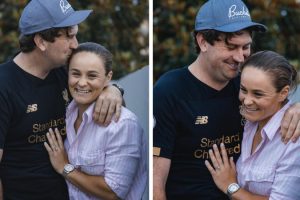 World No.1 Ash Barty has announced her engagement to partner Garry Kissick.

The 25-year-old Australian tennis champion took to Instagram on Tuesday night to share the happy news, captioning a photo of the pair: “Future Husband.” 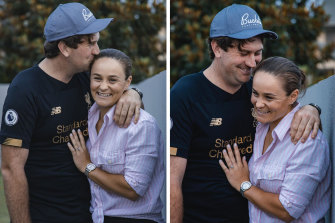 On his personal account, Kissick shared two images from the same photoshoot, captioned: “15/11/2021. I love you @ashbarty.”

The couple went public with their relationship in 2017, attending the John Newcombe Awards together where Barty won her first Newcombe medal.

Kissick is a PGA trainee professional, based at Brookwater Golf & Country Club in Ipswich.

The pair were photographed embracing after Barty’s three-set win over Karolina Pliskova in the Wimbledon women’s final in July this year. 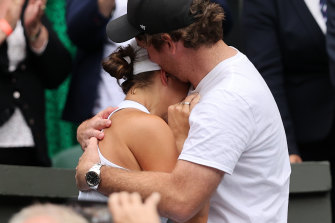