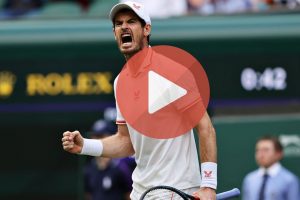 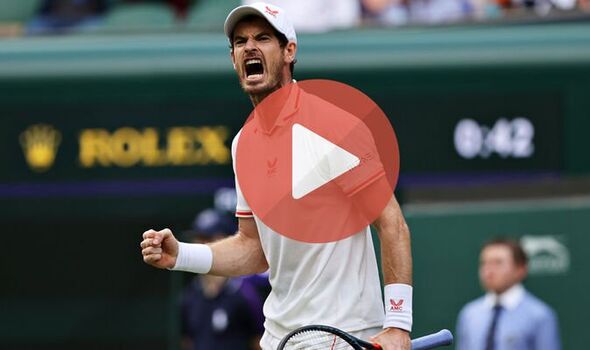 Andy Murray is facing off against James Duckworth on Centre Court as the Brit begins his Wimbledon 2022 campaign. The two-time SW19 champion is due on court from around 6pm and will be following on from Emma Raducanu’s match. If you want to watch all the action from Centre Court online then you will need to head to BBC iPlayer, who also are broadcasting Wimbledon 2022 in 4K this year.

Murray, who has battled with injuries over recent years, comes into Wimbledon this year with plenty of reasons to be positive.

The two-time Wimbledon champion posted some impressive results this glass court season, beating both Stefanos Tsitsipas as well as Nick Kyrgios in the run-up to Wimbledon.

While Murray also goes into this year’s Wimbledon with a familiar face in his corner.

The Brit in March reunited with coach Ivan Lendl who he has shared his greatest successes throughout his career.

HOW TO WATCH WIMBLEDON 2022 ONLINE

BBC will be exclusively broadcasting all the action from Wimbledon 2022. One of the big draws of Day One will be Andy Murray facing off against James Duckworth, with the two-time champion beginning his campaign from around 6pm.

Wimbledon 2022 is being shown on both BBC One and BBC Two, with viewers able to press the red button to access matches from all courts.

You will also be able to watch Wimbledon 2022 on BBC iPlayer, with all live Centre Court matches being shown in crystal clear Ultra HD.

You will need to have an eligible 4K device (such as Smart TV that supports HDR) to watch Wimbledon in 2022.

Alternatively, if you want to watch on the go you can tune into all the Wimbledon action via the BBC iPlayer app on your smartphone or tablet.

It’s worth noting that those who are away on holiday and trying to watch outside of the UK won’t be able to use BBC iPlayer due to geo-location restrictions.

This problem can be easily fixed though by using a recommended VPN (Virtual Private Network).

NordVPN is our pick for the best VPN provider on the planet. With its beautifully designed apps, NordVPN makes it simple to protect yourself online and unlock streaming catalogues from around the world. It has software for iOS and Android, Windows and Mac, Fire TV Stick, and even your Wi-Fi router. It’s also one of the few VPN firms to automatically monitor the Dark Web to check whether any of your account details have leaked. Apple Pay and Google Pay are supported for a speedy, secure checkout

Closely behind NordVPN is ExpressVPN, which is one of the pricier options on the market. However, ExpressVPN offers a premium service to its subscribers, with servers in more countries than any other provider on this list. For those who need to switch their IP address to somewhere off the beaten track, ExpressVPN is a must-buy. It also offers some impressive video streaming performance

Surfshark provides some of the best value bundles available of any VPN – with monthly subscriptions dropping below £2 with some deals. Despite that low price, Surfshark offers something that neither NordVPN or ExpressVPN can match: an unlimited number of devices connected to the same account. Yes, that means you can use your login on any number of iOS, Android, Windows, games consoles, streaming dongles, or Wi-Fi routers. You also get an anti-virus app bundled too

CyberGhost VPN is clearly confident about its offering, the VPN provider not only includes the longest money-back guarantee period of any firm in this list (a whopping 45-days compared to the standard 30-day refund period) but it also offers a free seven-day trial when you download its mobile app on iOS or Android. With 91 countries and more than 7,500 servers available, there’s no shortage of choice with this nifty VPN

If you’re willing to sign-up to a longer contract, PIA has some mind-boggling savings available. And with 24/7 customer service and a 30-day money-back guarantee, there’s no reason to be nervous about a three-year deal with this great VPN provider. With features like a dedicated IP address and split-tunnelling, there’s a lot to like!

If you’re unsure whether subscribing to a Virtual Private Network, VPN, will boost your video streaming habits – why not try a free subscription to dip your toe in the water? Unlike most free providers, ProtonVPN doesn’t limit the amount of data that you can use, which is perfect for streaming. Your download speeds might be a little lacklustre compared to paid options in this article, including from ProtonVPN itself, but that’s not an issue if you’re using this provider as a trial