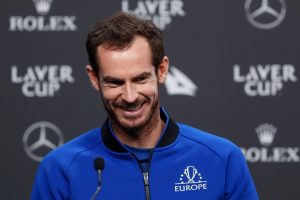 Tennis star Andy Murray has labelled himself ‘a clown’ as he joked that he was out of place when pictured alongside Rafael Nadal, Novak Djokovic and Roger Federer. The quartet are set to unite for the first time to form Team Europe at the Laver Cup.

All eyes are on the competition after it was revealed that Federer would be retiring after the three-day event at the O2 in London. The Swiss has won 20 Grand Slams throughout his career and has established himself as one of the greatest to ever grace the court.

A recurring knee injury has hampered Federer’s career of late, with surgery required to try and help the 41-year-old recover and thus be able to retire on his own terms. Federer and Murray have faced each other on 25 occasions, with the latter winning 11 times, though the Scot still appears to lack confidence in his ability.

Murray shared a photo on his Instagram of him smiling with Djokovic, Federer and Nadal after they practised ahead of the Laver Cup. He captioned the photo: “The big 3 + some (clown emoji). You don’t see practice sessions like that very often. What an absolute privilege to be on the court with these guys one last time.” 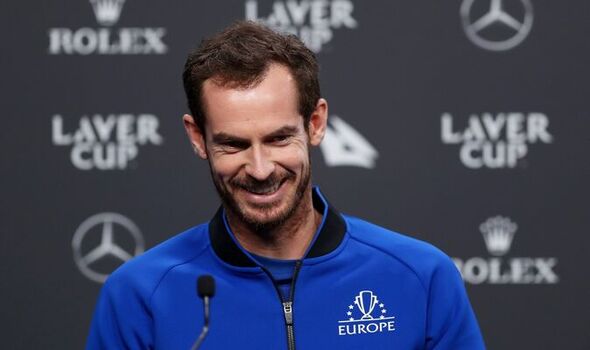 The post amassed over 100,000 likes, with many pointing at how the four are all legends in their own right. Murray was asked by Eurosport recently about whether he could recall any tales involving Federer from the locker room, to which he replied: “I probably do. I don’t know if I could say them on camera or not! 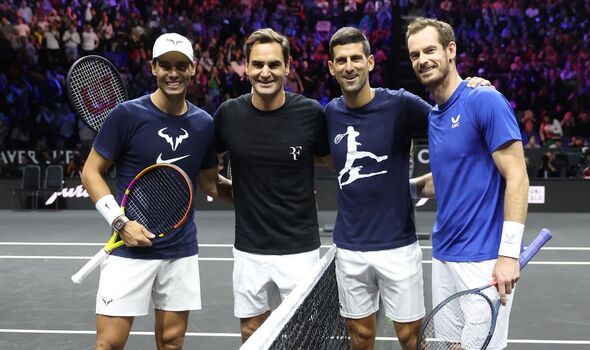 Murray will take on Alex De Minaur in his opening match at the Laver Cup on Friday, shortly before Federer and Nadal take on Jack Sock and Frances Tiafoe in the heavily anticipated doubles match. Murray was also asked to create his ‘perfect’ tennis player using aspects of each of the ‘big four’, with him joking that he would ‘sneak’ in his lobbing technique.

The 35-year-old explained: “I would take Roger’s serve, I would take Novak’s return, and I would take Rafa’s forehand. Novak’s backhand, Roger’s volleys and I’ll maybe put my lob in there – maybe sneak that in there!”