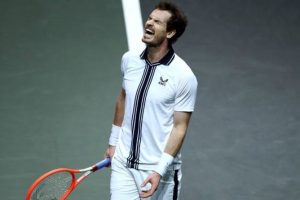 US Open: Djokovic praises Andy Murray for being a 'real fighter'

Andy Murray was unable to build on his comeback victory over Robin Haase after coming unstuck against Andrey Rublev in the second round of the Rotterdam Open. Murray has been working his way back to full fitness on the ATP Tour over the past year now with some disappointing results along the way.

He suffered defeat last week against Egor Gerasimov at the Open Sud de France, raising further questions on Murray’s ability to challenge with the sport’s elite players once again.

But Murray silenced some of his critics earlier this week with a trademark comeback victory over Dutch tennis star Haase.

His victory set up an intriguing second-round match against world No 8 Rublev, who has already reached four Grand Slam quarter-finals in his young career.

The only other match between the two ended in a resounding victory for Murray back in 2017 at the Australian Open. 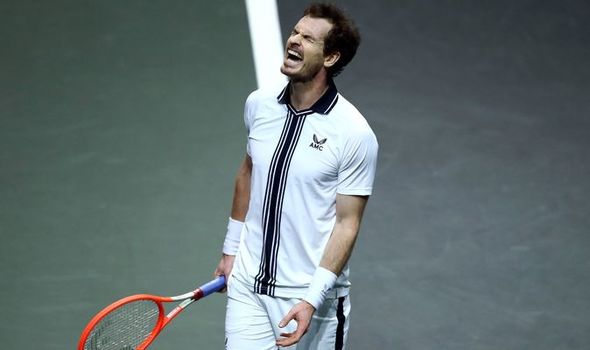 But Rublev has grown as a true contender on the ATP Tour since then and was going to be Murray’s toughest test for several months.

The pair spoke highly of each other before their second-round match but the niceties stopped when both players took to the court.

Murray was proving more than a match for Rublev in the first set and even had a chance to break serve midway through only for the Russian to hold his nerve.

Neither player was giving anything away until Rublev found a way to break through Murray’s dogged defence in the 11th game.

The former world No 1 had two chances to level the match as Rublev served out for the first set but he was unable to follow through on either attempt before the 23-year-old took his opportunity.