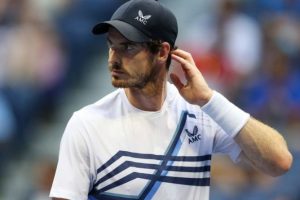 Andy Murray and Ash Barty pay tribute to each other

Andy Murray’s wish has been granted as the ATP Tour have changed their rule regarding toilet breaks. New regulations state that if a player needs time off court, a clock will start once they reach the bathroom.

Should they take too long, a time violation will be enforced.

Players will be granted one bathroom break per match, which they will only be allowed to take at the end of a set.

If players need to change their clothes, they will be given an extra two minutes to do so.

This news comes almost three months after Murray’s outburst during his match with Stefanos Tsitsipas at the US Open regarding the amount of time the Greek star spent off court.

The former world number one went as far as to say he had “lost respect” for the 2021 French Open finalist after he took an eight-minute toilet break.

JUST IN: Roger Federer reveals main regret about missing out on ATP Finals – ‘Maybe in the future’

The three-time Grand Slam champion added: “That’s annoying for me because it sounds like sour grapes because you’ve lost a match. I would have said the same thing if I’d won, I promise.

“It’s just disappointing because I feel it influenced the outcome of the match.

“I’m not saying I necessarily win that match, for sure, but it had influence on what was happening after those breaks.

“I rate him a lot. I think he’s a brilliant player. I think he’s great for the game. But I have zero time for that stuff at all, and I lost respect for him.”

He also complained to chair umpire Nico Helwerth and US Open match supervisor Gerry Armstrong during the physical encounter with Tsitsipas.

“It’s never taken me that long to go to the bathroom ever,” Murray told Armstrong.

In response to Murray’s savage remarks, the 23-year-old said: “I think it’s clear that I took my clothes with me when I left the court.

“That’s the amount of time it takes for me to change my clothes and to walk back to the court takes a little bit of time.

“I don’t think I broke any rules. I don’t know how my opponent feels when I’m out there playing the match. It’s not really my priority.”

Tsitsipas is currently nursing a right elbow injury which forced him to withdraw from last week’s ATP Finals after losing his first round robin match to Andrey Rublev.