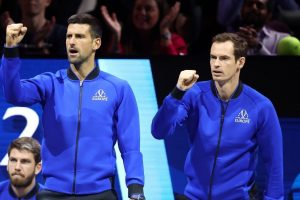 Roger Federer: The fans are the centre of everything

Andy Murray has been denied his wish of playing alongside Novak Djokovic in the Laver Cup today (Sunday), although his desired Serbian team-mate has revealed that he is the ‘worst’ on the team to play with in the two-vs-two matches. Instead, Murray will play with Matteo Berrettini as Team Europe look to retain their crown at the O2 Arena.

The pair will take to the court on Sunday in the day session to take on Felix Auger-Aliassime and Jack Sock. Team Europe currently head into the final day of the competition with an 8-4 lead, with Roger Federer waiting in the wings to see if he will bow out on a win.

Federer was unable to secure a victory on Friday night in his doubles match with Rafael Nadal, losing to Francis Tiafoe and Sock, meaning that he will conclude his illustrious career with a defeat. Though an overall win in London would certainly make up for that for the 20-time Grand Slam winner, so he may be pleased to hear that Murray will not be playing alongside Djokovic in the crucial three-pointer.

Speaking before it was announced that he would play with Berrettini, Murray said: “Me and Novak Djokovic would be a good one (pair), but, yeah, if we don’t, whoever steps out on the doubles court, yeah, is going to be a top team. Obviously, it will be fun to play with Novak again.

JUST IN: Nadal asked how he wants his retirement to be after Federer farewell 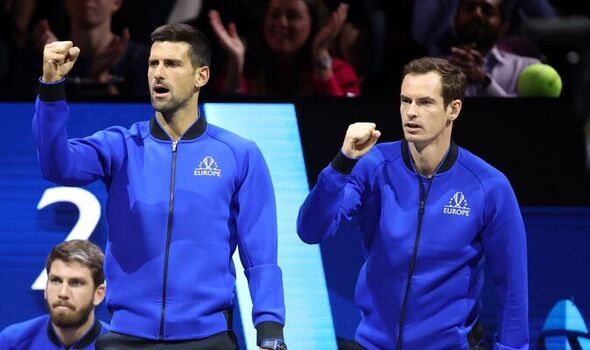 “2006 feels like a long time ago (smiling). We were chatting about that last night. I had hair, like, out here. It would be fun to do that.” However, Djokovic will be thankful to hear that he will not be taking part in another doubles match at the O2 after saying: “I’m probably the worst doubles player on the team, so I don’t know if I would get picked.

“If we get a chance to play, we hopefully win the match, because we lost both [of the last two].” Although a partnership of Murray and Djokovic would certainly have provided box office entertainment, the focus on Sunday is to secure the two victories required to enable Team Europe to lift the trophy on the night. 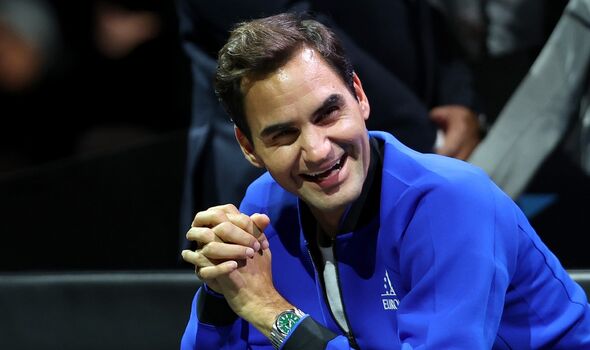 The Laver Cup has been packed full of emotion due to Federer’s retirement, with Rafael Nadal notably unable to hold back the tears as the reality sank in that he would not be taking to the court with his long-term rival again. Djokovic, too, was visibly emotional on Friday, while Murray too had a touching moment with the Swiss after a long embrace.

And the Scot has revealed that the last few days have led to him thinking about retirement more than ever, having been questioned about whether Federer’s decision could spark a flurry of big announcements.

He said: “I have thought a lot about my own career and the matches that I played and talked to the guys, Roger, Rafa, Novak, about the matches that we played against each other, and I have never done that consistently or as much as we have the last few days.”