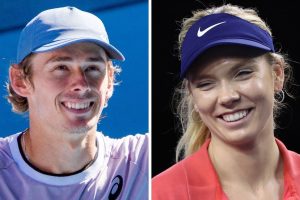 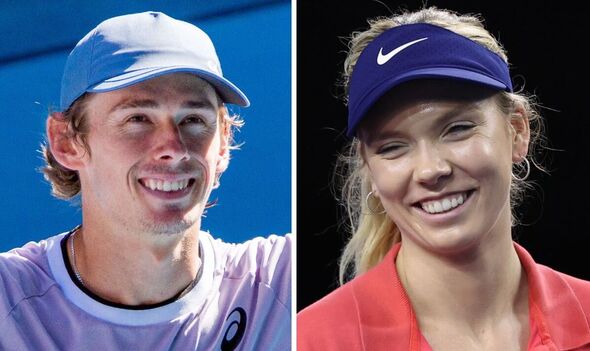 Alex de Minaur will be in the spotlight on Rod Laver Arena today when he faces Novak Djokovic for a place in the quarter-finals of the Australian Open, but the Aussie’s girlfriend Katie Boulter has made light of the big match. De Minaur reached a career-best result at the Australian Open last year before being knocked out in the fourth round by Jannik Sinner.

He faces an even tougher task this time to go one better as he goes up against nine-time champion Djokovic. It’s the first time the two have met on tour with Rod Laver Arena set to be bouncing when the match gets underway.

The 23-year-old had the full support of the home crowd in Melbourne Park’s biggest arena for his win over Benjamin Bonzi in the previous round. And he will return to the Rod Laver Arena for the huge clash with Djokovic.

De Minaur took to Instagram on Sunday with a simple post, which read: “Tomorrow 7pm RLA, it’s a date See you soon.” But the Aussie tennis star was jokingly called out by his long-term girlfriend Boulter, who replied to the post: “Who’s RLA and why they taking you on a date?”

The tennis power couple have been dating since March 2020 and Boulter has been in the stands throughout the tournament supporting De Minaur. The British star was unable to make the main draw of this year’s Australian Open after losing in the qualifiers.

But her support for De Minaur throughout the tournament so far has clearly been having a positive effect on the Aussie. He said: “She’s amazing. I guess it’s the beauty of us being both in the same sport.

“We kind of understand each other. We know what to expect, how we can help each other in certain situations. Tennis is a very stressful lifestyle, as it is.

“It’s always great to have a partner that you can kind of count on, help you out here and there. It works both ways. I’m there to help her when she needs it. We kind of know what to say in certain situations because we’re in the same world, which is always good.”

Boulter herself had started 2023 in fine form after winning the ITF W60 Canberra final and she’ll be hoping to move back inside the top 100 in the world rankings in the coming weeks.