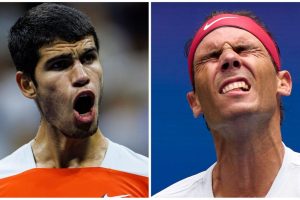 Carlos Alcaraz has denied mentor Rafael Nadal the honour of reclaiming the world No 1 spot atop the ATP rankings after overcoming Frances Tiafoe in a five-set thriller in the US Open semi-finals. The Spaniard will now take on Casper Ruud in Sunday’s final at Flushing Meadows, with the victor set to be crowned the top seed in men’s tennis as well as a Grand Slam champion.

The 19-year-old recovered from dropping the first set on a tiebreak to emerge victorious over home favourite Tiafoe with a stunning 6-7 6-3 6-1 6-7 6-3 success at the Arthur Ashe Stadium. Victory means the teenager will appear in his first ever Grand Slam final on Sunday having become the youngest male to reach a major showpiece since Nadal back at the French Open in 2005.

Success over Tiafoe also saw Alcaraz deny his mentor the opportunity to add to his 209 weeks as world No 1. The winner of the US Open final between Alcaraz and Ruud will be guaranteed top spot in the ATP standings, while the Spaniard could become the youngest male player to ever hold that honour should he emerge victorious in New York.

Alcaraz was able to exact revenge on his mentor’s behalf having seen Tiafoe knock Nadal out of the US Open in the round of 16 earlier in the week. Current world No 1 Daniil Medvedev also exited at the same stage after being comprehensively beaten by Nick Kyrgios. 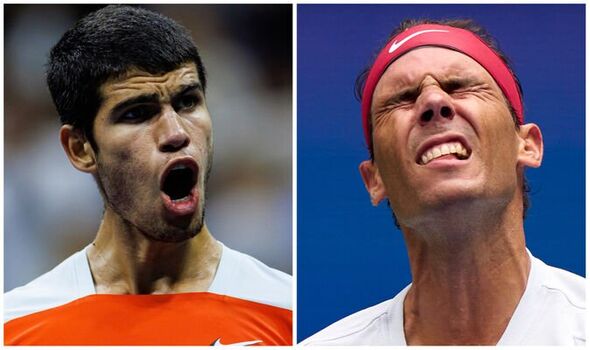 Speaking after his epic triumph over Tiafoe, Alcaraz said: “It’s amazing to be able to fight for big things. First time in a final of a Grand Slam. I can see the number one but at the same time it’s so far.

“I have one more to go against a player who plays incredible. I’m going to give everything that I have. I’m going to enjoy the moment and let’s see what happens.” 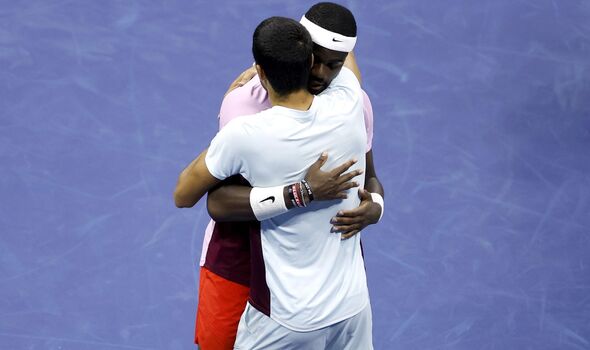 Alcaraz will take on Ruud in Sunday’s final after the Norwegian saw off Russia’s Karen Khachanov 7-6 6-2 5-7 6-2 earlier on at the Arthur Ashe Stadium. The 23-year-old will be competing in his second Grand Slam final of the year having been beaten by Nadal in the French Open at Roland Garros back in June.

Nadal last claimed the world No 1 spot back in November 2019 before going on to hold it for 13 weeks until February 2020. The 22-time Grand Slam champion has held the prestigious honour on eight previous occasions, while neither Alcaraz or Ruud have ever achieved the feat before.