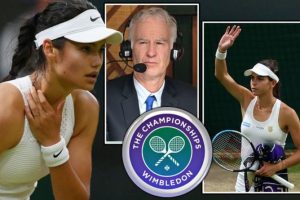 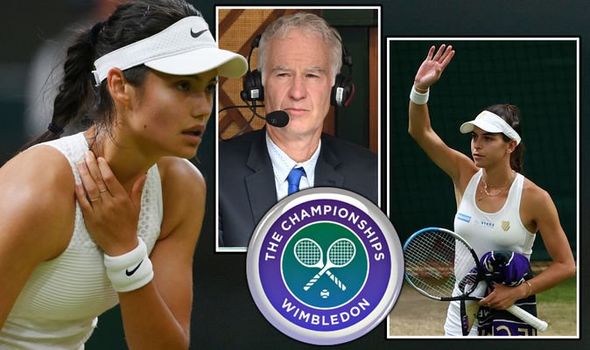 Ajla Tomljanovic insists John McEnroe’s comments were “harsh” after the three-time Wimbledon champion suggested Emma Raducanu found it “a little too much” in her first ever last 16 match at the Grand Slam. The young Brit withdrew from her fourth-round match due to medical reasons.

Raducanu’s brilliant Wimbledon run came to an end on Monday night with the 18-year-old pulling out in the second set due to breathing problems.

The Kent-born teenager, ranked 338th in the world but who will climb to 175th after this tournament, looked to be hyperventilating when being seen to during a medical timeout at 6-4, 3-0 on Court One.

She did not return to court and Wimbledon confirmed later on in the evening that Raducanu, who had earlier defeated the likes of 2020 French Open finalist Marketa Vondrousova and 45th-ranked Romanian Sorana Cirstea, had suffered “difficulty breathing”.

But McEnroe drew comparisons with Naomi Osaka, who did not attend Wimbledon and withdrew from the French Open due to mental health problems.

“I feel bad for Emma, obviously,” McEnroe said on the BBC. “It appears it just got a little bit too much, as is understandable, particularly with what we’ve been talking about this over the last six weeks with Osaka not even here. 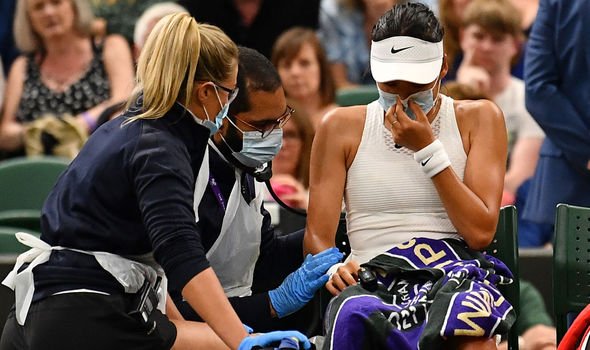 “How much can players handle? It makes you look at the guys that have been around and the girls for so long – how well they can handle it. Hopefully she’ll learn from this experience.

“Maybe it’s not a shame this has happened right now when she is 18. I played this tournament at 18 and in a way I was happy I lost. I was able to understand what it would take to make it.”

McEnroe was widely criticised on social media for his take, which came at a time when the reason for Raduncanu’s retirement was still unknown.

And asked about the American legend’s comments post-match, Tomljanovic hit back in defence of her younger opponent.

The 75th-ranked Aussie said: “I wasn’t 100 per cent sure what was wrong with Emma. I’ll start with saying that I can’t imagine being in her shoes at 18, playing a fourth round in your home country. 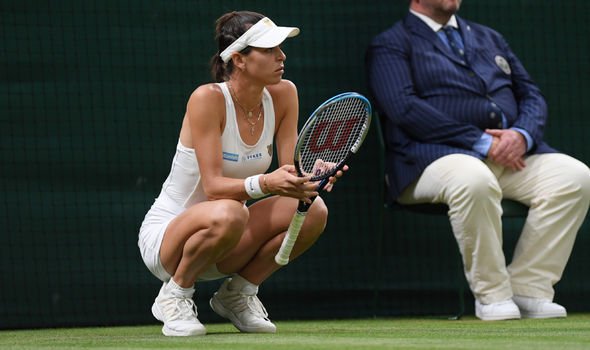 “For him to say that, it’s definitely harsh. I have experienced something similar but not to that extent.

“I can’t imagine how she must be feeling having to pull out. Being down 6-4, 3-0, you can come back from that quickly, especially on grass. It’s really sad that she had to do that.”

Tomljanovic had also said on court: “I am actually shocked because Emma must be hurt if she came to the decision to retire.

“I am really sorry for her, I wish we could have finished it. I am wishing her all the best. I thought I found my groove although Emma was hurt and not at her best which kind of explains it.”

Tomljanovic will play world No 1 and compatriot Ashleigh Barty in the next round with her fellow Australian into Wimbledon’s quarter-finals for the first time ever. 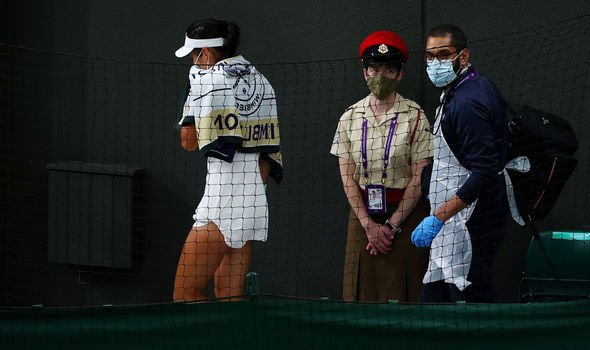 “It’s a new situation, a new scenario and one that I’m going to look forward to and enjoy, no matter what.

“It’s a stepping stone to one of my biggest dreams. We just keep chipping away.

“I love coming out here and testing myself against the best in the world and there is certainly no place I’d rather be at the moment.”

Tomljanovic added: “It didn’t really sink in I’m in the quarters because of the circumstances. I am thrilled to play Ash, and to have two Aussies in the quarter-finals is great for everyone back home.”