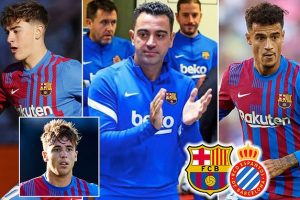 Trust the kids, press ferociously high, crack the whip, and overlook Coutinho – Xavi’s new era begins at Barcelona with priorities clear and optimism high as he takes charge of his first game on Saturday in the ‘pursuit of excellence’

The Xavi era kicks off on Saturday night with a local derby against Espanyol – and every Barcelona fan is hoping it will last for several glorious years and not a few disappointing months.

The 41-year-old coach is no fool and he knows Barcelona played just as Pep Guardiola wanted them to from 2008 through to 2012 in part because the club had fantastic players, far superior to those currently available.

But he is putting his faith in four teenagers, the products of a youth system that is about the only thing at the club not broken and busted by years of mismanagement. 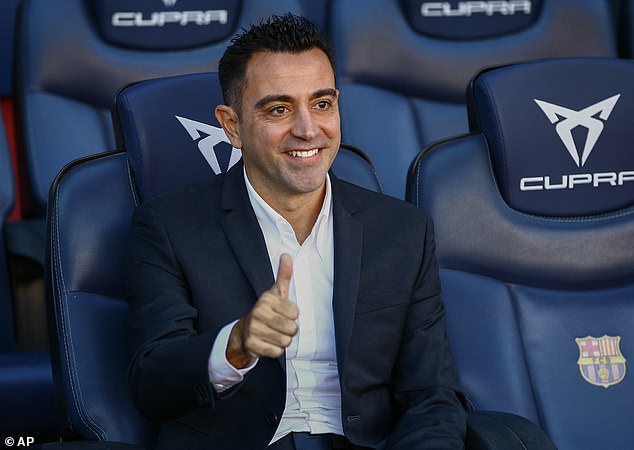 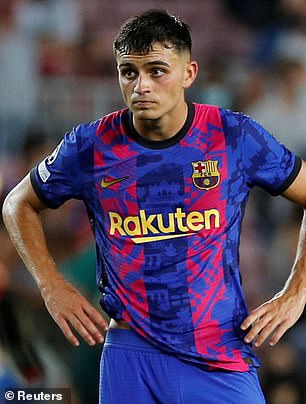 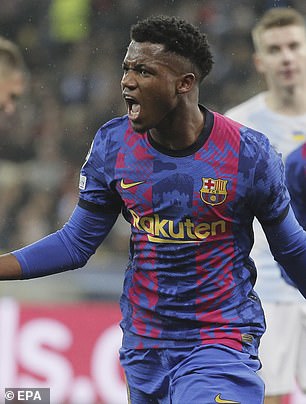 The four pillars of Barca’s future will be 19-year-olds Ansu Fati and Nico Gonzalez, 17-year-old Gavi, and 18-year-old Pedri. And while it is a big ask for Fati to become the new Lionel Messi – even though he has already shown a similar gift for big goals at big moments – there is a genuine hope that Gavi, Nico and Pedri can become the new Xavi, Sergio Busquets and Andres Iniesta.

It will not happen overnight and it will definitely not happen on Saturday night because two of those four are injured. In fact when Barcelona take on neighbours Espanyol it will be a case of new manager, same old problems.

Xavi only has three fit first-team forwards ahead of the game, with Ousmane Dembele joining Pedri and Fati on the sidelines. 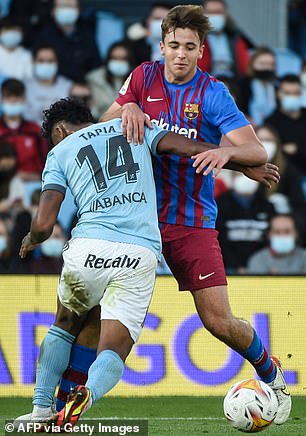 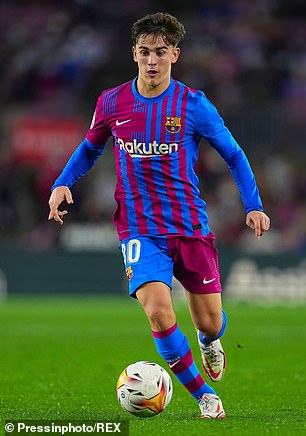 Up front Memphis Depay, Luuk de Jong and 18-year-old Yusuf Demir should all be available but Xavi is likely to pick only the former and use Gavi further forward along with a youngster drafted in from the B-team.

In defence Gerard Pique will partner Eric Garcia with Jordi Alba at left back. The doubt is over who plays at right back.

With Dani Alves watching from the stands and counting down the days until he can be registered (from January 1), it will probably be Sergio Roberto or Oscar Mingueza who starts ahead of Sergino Dest who has a back problem.

In midfield, Busquets will anchor flanked by Nico and Frenkie de Jong. That would enable Gavi to play further forward with Depay leaving one more starting berth for a third forward.

That’s the manpower – what about the methods? Xavi has spent the last week trying to instil the fundamental points of his philosophy with the players he has had at his disposal – those not injured or on international duty.

He wants a ferocious press with the team racing forward to win the ball back as quickly as possible when possession is lost instead of racing back into a low defensive block. 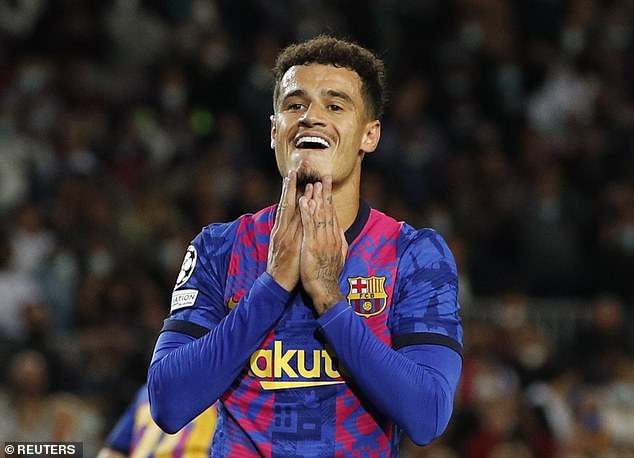 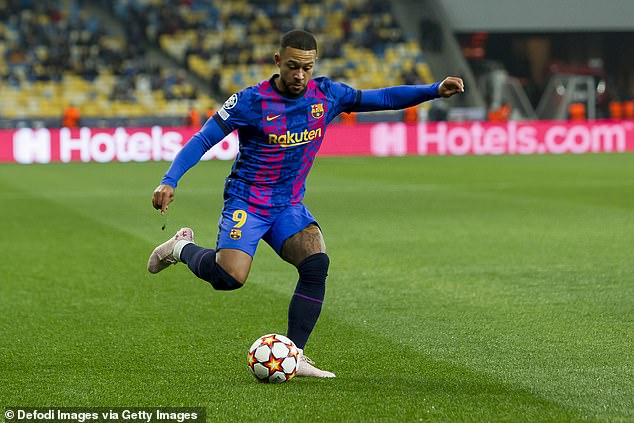 A big onus will be placed on Memphis Depay, who is Barca’s top scorer in LaLiga with six goals

He wants his defence sat high, squeezing the pitch so the game is played in the opposition’s half, he wants a winger on either side opening the pitch up, and he wants speed and intensity of movement off the ball so as to create multiple options for players on the ball and numerical superiority in key areas of the pitch.

‘I see some of Pep Guardiola and Luis Enrique,’ Barcelona defender Eric Garcia told Diario Sport this week. The former Manchester City defender and Spain international is well-placed to make the comparison.

Just how realistic is it to expect the current squad to assimilate those ideas and be able to put them into practice? We will find out on Saturday night.

Those who have worked with the new Barca coach on the training ground say he has all the clarity and charisma to be able to get his ideas across in an understandable way – but the test will be if the players are able to play with the intelligence and intensity demanded.

The big idea is clear and so is the desire to make things work. If there is a drastic improvement in performance then Xavi will have cleared his first hurdle but it will not be easy. Not for nothing has he spent much of his first couple of weeks in charge ramming home the importance of punctuality, respect and discipline. 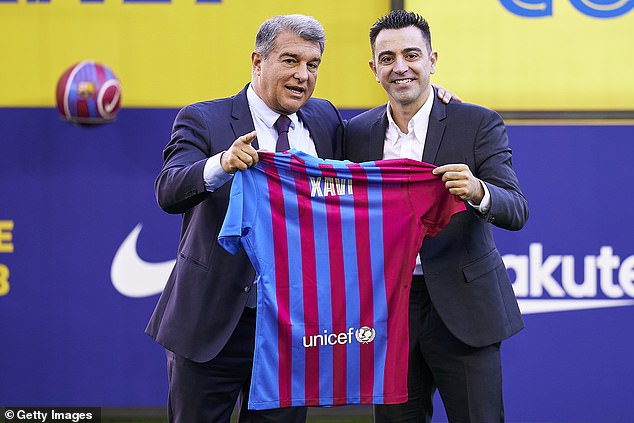 Xavi, at his unveiling last week alongside president Joan Laporta, knows the task is not easy

He knows that is something that can be imposed more quickly and on any group of players. He saw it work with superstars as a player at Barcelona and he made it work in his first management job at Al-Sadd in Qatar.

But he also knows turning up for pre-match meetings on time doesn’t mean you win the match in style, just as making crowds of 10,000 happy with the presentation of himself as coach and 38-year-old Dani Alves as his first signing doesn’t mean you can then make 90,000 happy on derby night.

Xavi said in his presentation: ‘It’s not enough to win, you have to play well. It’s no good winning 1-0 with a 90th-minute goal. Barca has to always win. We have to pursue excellence.’

That pursuit begins at the Nou Camp on Saturday night. The squad is depleted but the optimism, for now at least, remains undefeated. 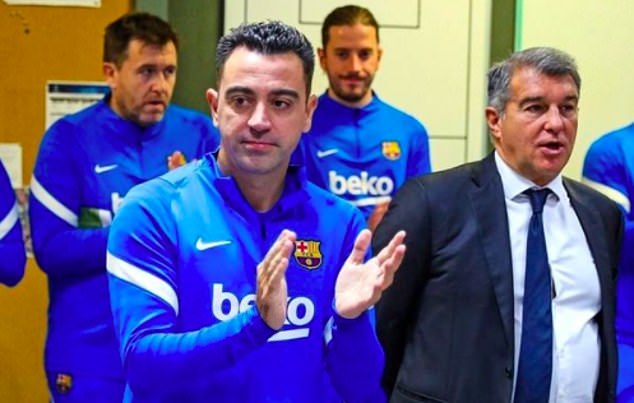 The ex-Barca captain emphasised the need to ‘play well’, with simply winning ‘not enough’