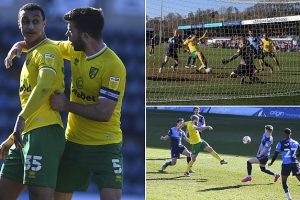 Pep Guardiola gets his kicks watching Norwich on his days off, the Manchester City manager revealed recently. Perhaps that is because they are the Championship equivalent of his own team.

Norwich, coached by Guardiola’s friend Daniel Farke, are their league’s top keepers of possession, top passers of the ball and top shot takers. Naturally then, they top the table.

Now with a 10-point safety net in the promotion places, Norwich are Premier League bound. Unfortunately for Gareth Ainsworth, his Wycombe side are heading in the opposition direction. 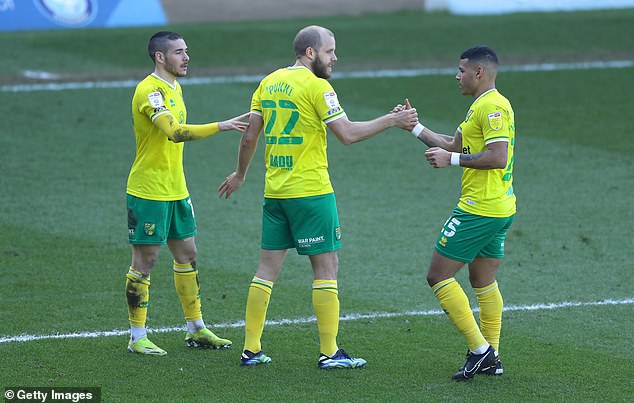 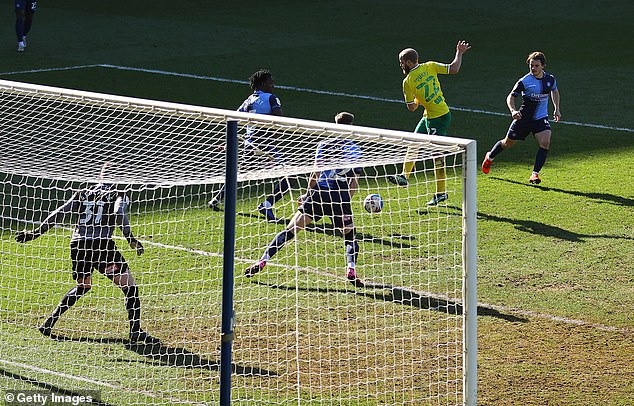 The hosts, adrift at the bottom of the Championship, tried to thwart the visitors but Teemu Pukki beat their low block with his 18th league goal of the season.

Adam Idah later confirmed the win with a tap-in. Neither of their goals were results of pretty passages of play, which Norwich are capable of, but Farke didn’t care.

All he cares about is results, and here they secured their fifth consecutive win. 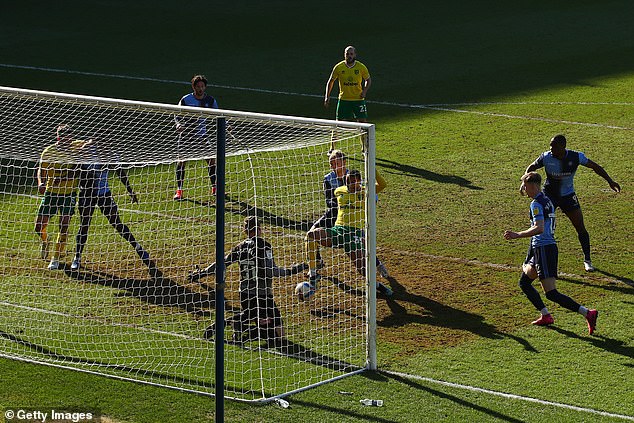 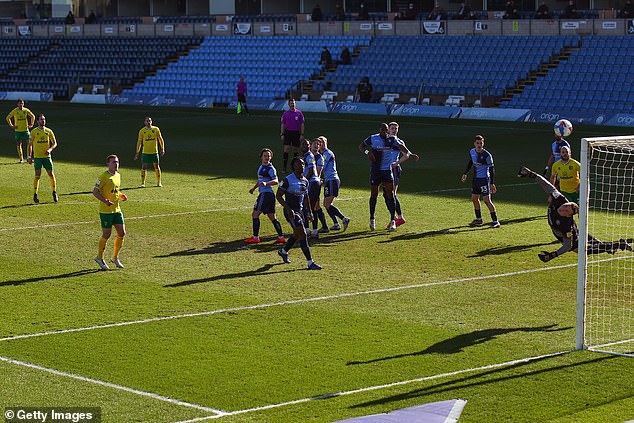 The conditions were perfect for a game of football and the alternative styles of play were apparent from the off. Norwich won the reverse fixture at Carrow Road with 76 per cent possession.

They came into this having produced a league-high 17,500 passes, according to the statisticians. Wycombe, by comparison, had produced 7,988 passes. Keeping the ball isn’t their forte so the counter-attack and an emphasis on set pieces was how Wycombe wanted to hurt Norwich here.

Though they had 80 per cent possession inside the opening 15 minutes, Norwich’s best chance came from a free-kick, 25 yards out. Mario Vrancic unleashed a left-footed shot which was heading for the top right corner, until David Stockdale produced a flying save to keep it at 0-0. 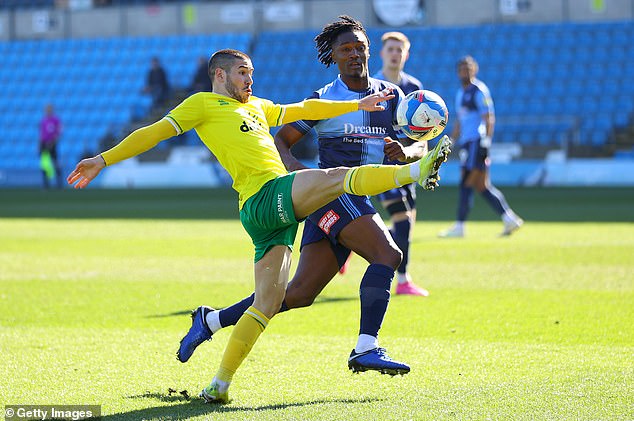 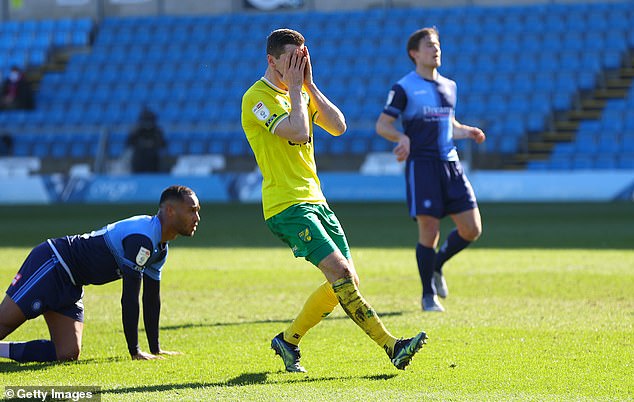 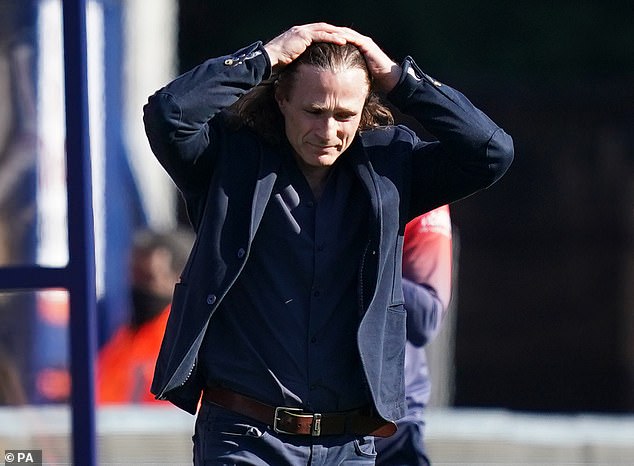 Norwich goalkeeper Tim Krul was hovering close to the halfway line, watching his team-mates try to find a way through Wycombe’s low block in the final third.

In the 33rd minute, Wycombe saw a golden chance wasted. With a free-kick from their own half, the hosts lumped the ball long and Anis Mehmeti picked up a knock-on. He tried to beat Krul at his near post but sent his shot narrowly wide.

Before the break, Wycombe’s crossbar was shaking when Emi Buendia – the playmaker who impressed greatly in the Premier League last season – directed his header on to the woodwork.

At the start of the second half, Onel Hernandez ought to have scored with a free header but it went wide. Not to worry, as moments later Pukki made it 1-0. 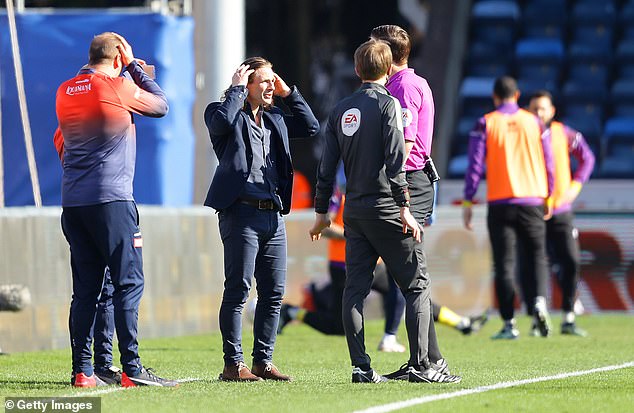 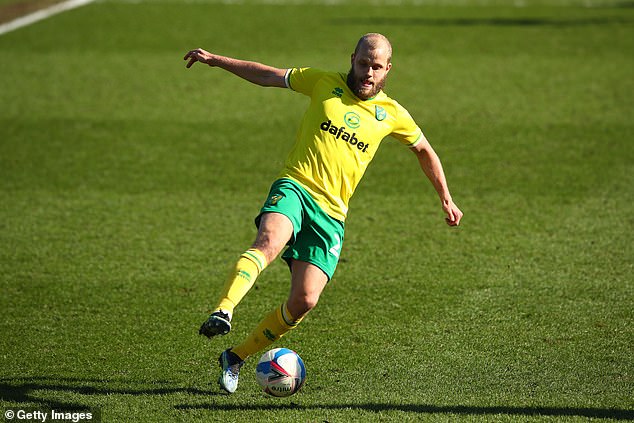 Buendia cut the ball back from the right wing for Pukki who, with a little help from a deflection, beat Stockdale. It was his seventh goal five games, and Buendia should have made it 2-0 when he fired a shot over from 10 yards. A bobble on the pitch hadn’t helped.

Wycombe tried their best to get back into the game, forcing the odd save out of Krul, but the league leaders confirmed the win in the 87th minute. Idah tapped the ball into the net and Norwich moved 10 points clear of third-placed Watford.

Next up is a tasty Wednesday night clash with second-placed Brentford.