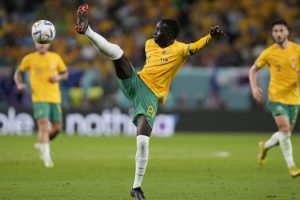 ‘We know how they play’: Souttar

Socceroos defender Harry Souttar has just spoken to SBS in the lead-up to kick-off. The opening match against France was only his second game in almost 12 months after recovering from an ACL injury.

Do the Socceroos need fresh legs?

Only one change – the injured Nathaniel Atkinson is out and Fran Karacic is in, as forecast by the coach yesterday. That means no change anywhere else, with Mitch Duke up front again, Harry Souttar and Kye Rowles entrusted in the centre of defence and Riley McGree joining midfield stalwarts Jackson Irvine and Aaron Mooy in the engine room. I would have thought after a 4-1 loss and a three-day turnaround that fresh legs would be advantageous, but what would I know.

It also doesn’t bode very well for Ajdin Hrustic, despite being declared “95 per cent” fit and ready to start, but hopefully he gets some minutes in the second half.

They’ve just run out for the warm-up and the Tunisians here greeted them with boos, jeers and whistles. A taste of what’s to come in 40 minutes. 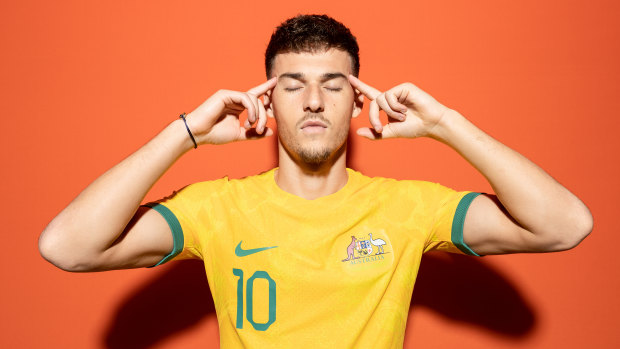 Australia’s best player in qualification, Ajdin Hrustic, has been left on the bench.Credit:FIFA

Team news: Arnold keeps the faith with beaten side

Righto, let’s get straight to the team news. Socceroos manager Graham Arnold forecast there would be at least one change to his starting line-up from the loss to France. And there’s been one, and one only.

Fran Karacic replaces the injured Nathaniel Atkinson, who might still be dizzy from trying to figure out where Kylian Mbappe, one of the world’s best players, went in their opening Group D game. But Arnold has kept the faith with basically the same team which were second best to France. Riley McGree and Mitch Duke keep their spots at the pointy end of Australia’s attack, while there’s only a bench spot for Ajdin Hrustic, who is working back to full fitness and wasn’t used against France.

Tunisia has made just one change with Naim Sliti with Anis Slimane switching to the bench.

Can the Socceroos save their World Cup campaign?

Not many people are expecting the Socceroos to advance from the group, but can they beat African nation Tunisia, who held Denmark to a scoreless draw in their first group game?

Welcome to our World Cup coverage

Hello everyone and welcome to our coverage of the Socceroos’ second World Cup game against Tunisia from Qatar. In prime time in Australia. How exciting.

You don’t need me to tell you what’s on the line in this game: win and the Socceroos will be a chance of making the last 16, draw and their hopes will still be alive, but thin. Lose and it’s all over.

How can they respond to the 4-1 drubbing of world champions France in the opening game on Wednesday morning (AEDT)?

Stay with us and we’ll take you through all the action from the Al Janoub Stadium. Feel free to drop us a line on your thoughts on the Socceroos’ campaign so far. 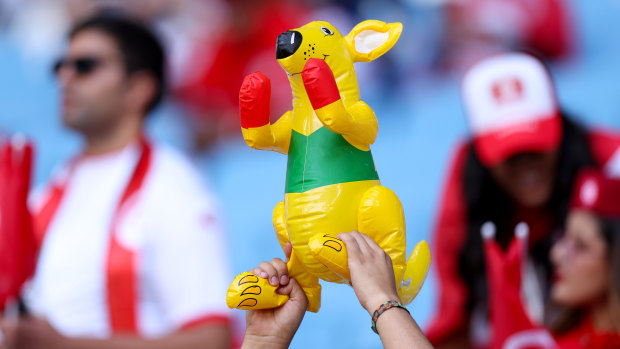 Australia fans hold up an inflatable kangaroo before the World Cup game against Tunisia.Credit:Getty