Wolves, after all, beat City home and away last season. On both occasions, they scored their decisive goals in quick succession. Adama Traoré hit twice in the space of 14 minutes late on at the Etihad in a 2-0 win, while Raul Jimenez’s 82nd-minute strike set up an 89th-minute Matt Doherty winner at Molineux.

This was a longstanding problem for Guardiola and for City. Liverpool have exploited their tendency to concede several goals in quick succession on a number of occasions in recent years. Manchester United did the same at the Etihad last season and will have faint hopes of doing so again this Sunday.

Ole Gunnar Solskjaer and his players may be encouraged by what they saw immediately after Coady’s goal. City were, briefly, a very different side from the one we have watched run up 21 consecutive wins in all competitions. The control, the composure and the command which we have associated with them over the past few months vanished.

Guardiola’s players knew they had carelessly squandered their lead and looked desperate to restore it as quickly as possible. While Michail Antonio’s goal for West Ham on Saturday had arrived moments before half time, allowing them to quickly regroup, this equaliser had left them with half an hour to rescue their remarkable 21-game winning run.

Throwing themselves forward, the patient, structured attacking play which they have recently perfected went out the window. And at the other end, they looked strangely vulnerable. Traoré twice blazed the ball over the bar after well-orchestrated Wolves breaks, while Aymeric Laporte almost guided one Ki-Jana Hoever effort into his own goal.

“Right after we conceded a goal, they were better because we let them run,” Guardiola later said. “We missed the ball in different positions.” When that has happened in the past they have gone on to drop points, as Guardiola himself knows too well. “At the beginning of the season we would not have won,” he would admit.

This time though, City did go on to win. Having lost control during the 10-minute spell after Coady’s goal, they restored it for the remaining 20 minutes plus stoppage time. That air of composure and command over proceedings returned. After attempting four shots between the 68th and 70th minutes, Wolves had just one between the 70th and the final whistle.

Chances began to come at the other end too and even better, they were taken. Gabriel Jesus’s late brace and Riyad Mahrez’s strike ensured that the extraordinary winning streak would carry on and close in on Bayern Munich’s 23 straight wins – a record for a side competing in one of Europe’s major five leagues. 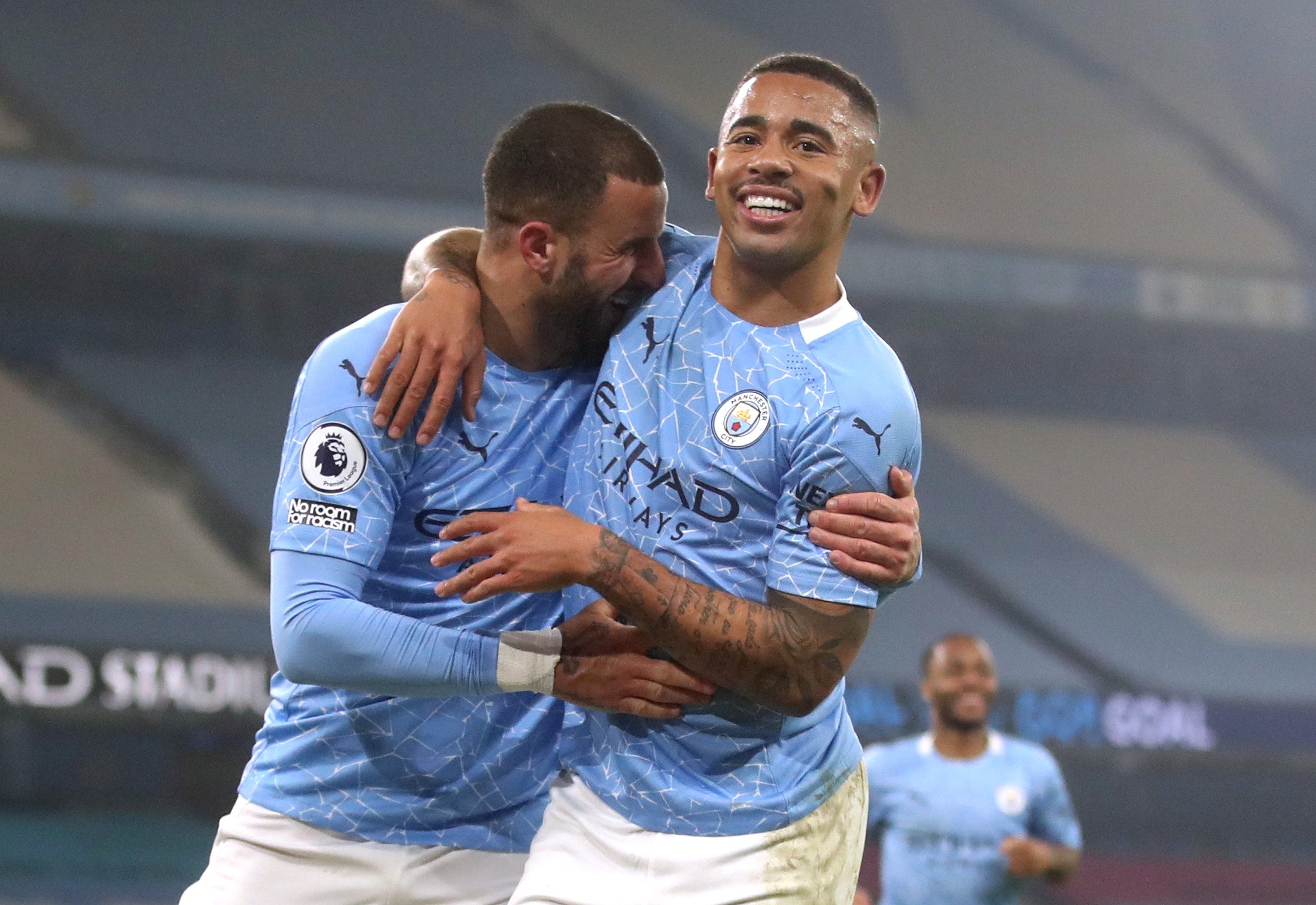 Man City made it 21 consecutive wins on Tuesday

Yet that shift from order to chaos to order being restored felt just as important as the goals and the three points. It was certainly important enough for Guardiola to cite it in his post-match press conference. “How we overcame this 10 minutes was brilliant,” he said. “That is the reality. In football games you have to handle these minutes.”

And interestingly, Guardiola suggested that it will be a useful experience in other competitions over the next few weeks and months. “In knock-out games you have to be stable,” he said. “In bad moments, defend and not concede more and get the game back in your hands, moment by moment.

“I said against West Ham when you have 20 victories – now 21 – you will not win 5-0 and everything is perfect. Every team creates different problems in different ways. It is how you overcame that situation. That is what I am looking for.”

City equalled another record on Tuesday night, matching Arsenal’s feat of going 19 Premier League games without trailing at any point. The only obvious downside to such a run is that you do not learn how your players respond to adversity.

Though they did not fall behind against Wolves, the threat of losing the long winning run spread a certain sense of jeopardy around the Etihad after Coady’s goal. Briefly, it seemed like City could quickly fall apart, as they often have in the past. That they didn’t suggests they may finally be learning an old lesson and that only bodes well for challenges to come.