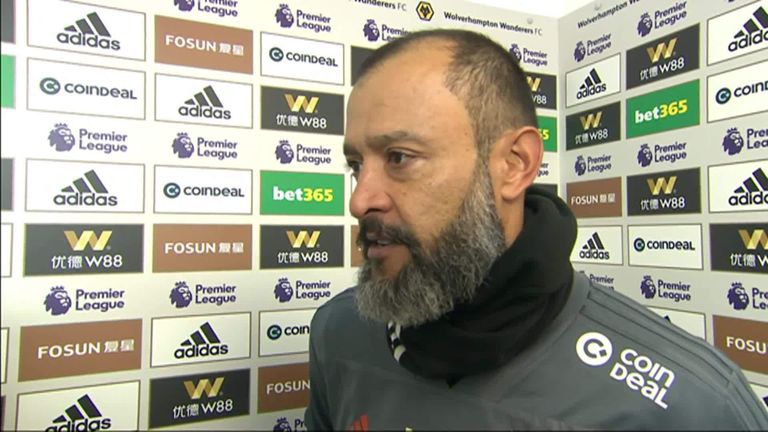 Nuno Espirito Santo says Wolves still have plenty of room for improvement despite ending a run of six Premier League games without a win with a 2-1 victory against Chelsea.

Ruben Loftus-Cheek’s deflected opener had put the visitors in control but two goals in four second-half minutes from Raul Jimenez and Diogo Jota saw Wolves fight back for a much-needed win.

It lifted Wolves up to 12th and was their first win for two months after five defeats in their previous six games, but Nuno insists his side still have a long way to go.

“I think everybody enjoyed it,” he said. “Everybody from Wolves that is. I thought it was a good performance, honestly. Even though, in the first half we were behind the result, the way we stayed organised and compact. “Chelsea have very good players and the idea that [Maurizio] Sarri has with possession of the ball, it is very hard. It requires a lot of effort and running and balancing but the boys did everything to stay in the game even though at the beginning of the second half Chelsea had two chances to score.

“I think at that moment the team was thinking about going forward in a rush, disorganised and unbalanced. But when we got the draw I felt, and not only me, I think Molineux felt, we were back in the game. That was totally a credit for the boys, the way they work, and the fans, the way they became so noisy and pushed the team.

“We got the result but we have a long way to go.”

Nuno handed Morgan Gibbs-White his first Premier League start against Chelsea and he was rewarded as the 18-year-old produced a performance of real promise.

“He did very well,” Nuno said. “I think he is getting in the games, bringing the energy, staying focused and staying humble. 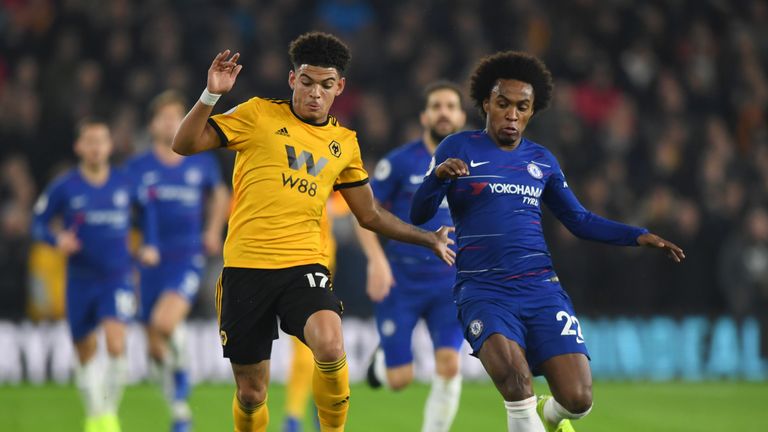 When asked if he is an example to young English players, Nuno added: “He is one of the best generations of English players for a long time. If you think about Phil Foden [and so on].

“He is a world champion. So he is not an example, he is a reality of the fantastic job that the national teams of England are doing. It is amazing what they are producing.”