Wolves 0-2 Watford: Quick-fire strikes in the first-half from Etienne Capoue and Roberto Pereyra help visitors to away win as they move up to seventh

The Wolves manager, Nuno Espirito Santo, this week said that he has a plot of land on the highest hill in Guimaraes that he visits to admire the view.

He has enjoyed a raised platform with his team, too, this season. But the lofty position in the Premier League is far less secure than his patch in Portugal.

Watford arrived at Molineux without a win since September 2 and having picked up only one point in four games. They left with a thoroughly deserved victory that punctured the buoyancy around Wolves. 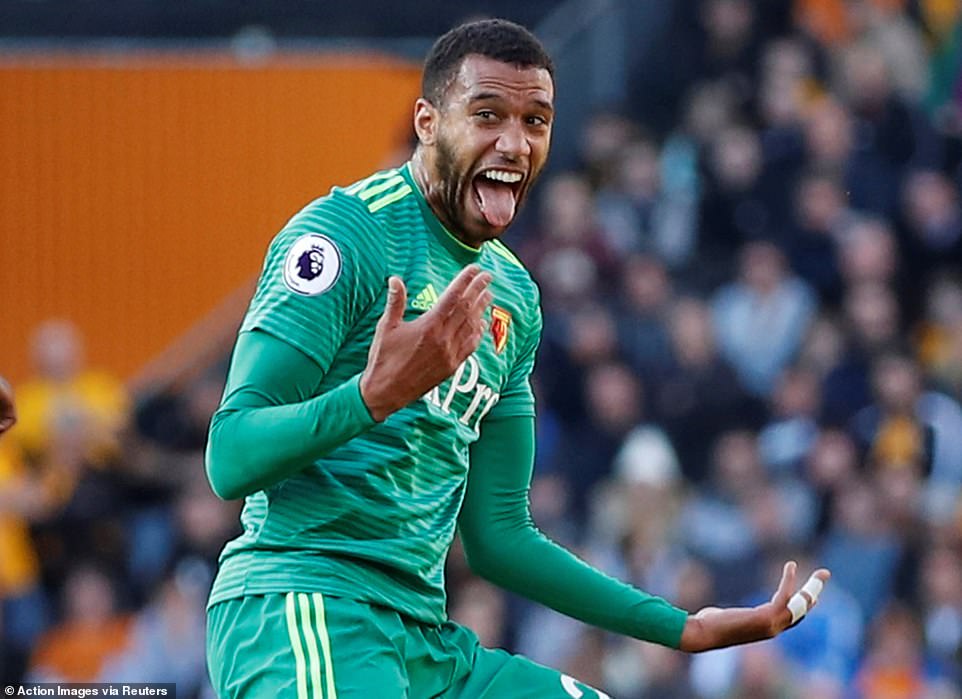 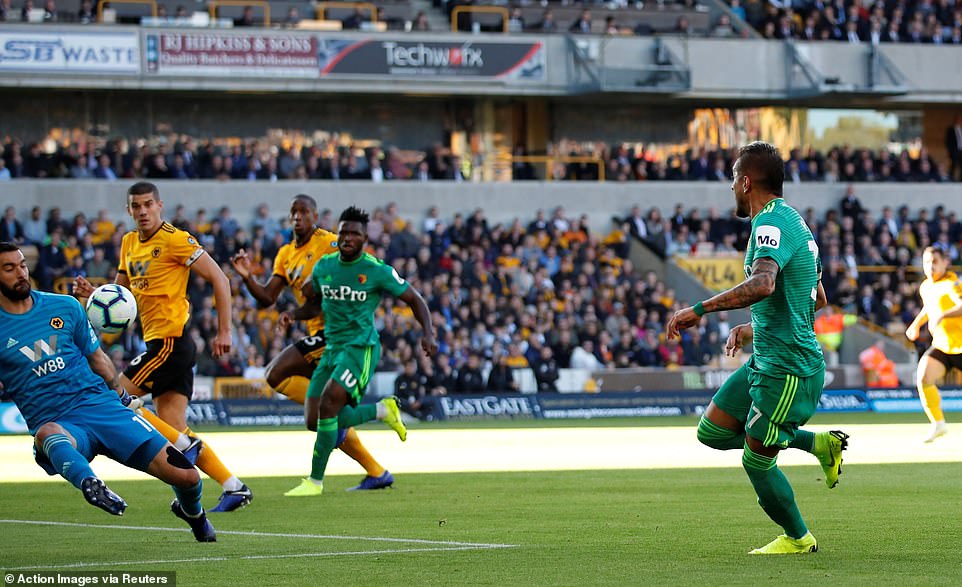 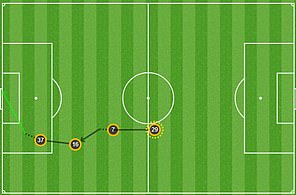 There was just 58 seconds between Watford’s first and second goal, with Roberto Pereyra scoring from a tight angle.

Shorn of Troy Deeney through injury, Javi Gracia’s side adapted and delivered an excellent performance, winning through two goals scored within a minute.

Wolves produced their worst display of the campaign so far, to leave Nuno a few questions to answer.

He hinted complacency had been a factor for his side, which was unchanged for a ninth successive match. ‘I think the week will dictate the decisions that we have to make for the next game at Brighton,’ he said.

‘That minute with the goals, we must look at carefully. Two mistakes, two goals. We were very, very bad in the first half.’

Wolves had been so assured defensively in recent weeks — conceding only once in five Premier League matches — but they were in disarray here.

Ruben Neves set the tone with a couple of uncharacteristic loose passes, giving the visitors confidence to attack with purpose, and in the 20th minute they capped a fine move with a fabulous goal. 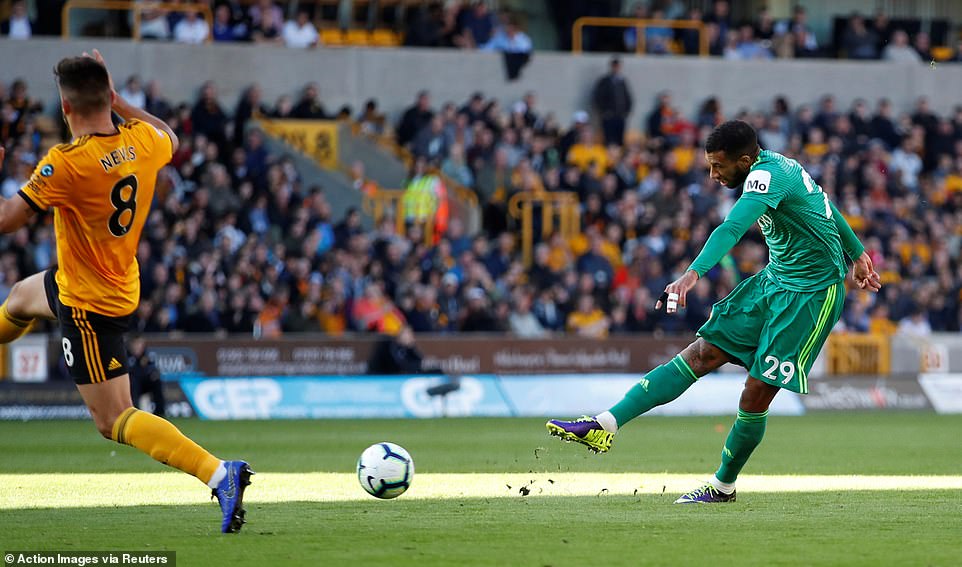 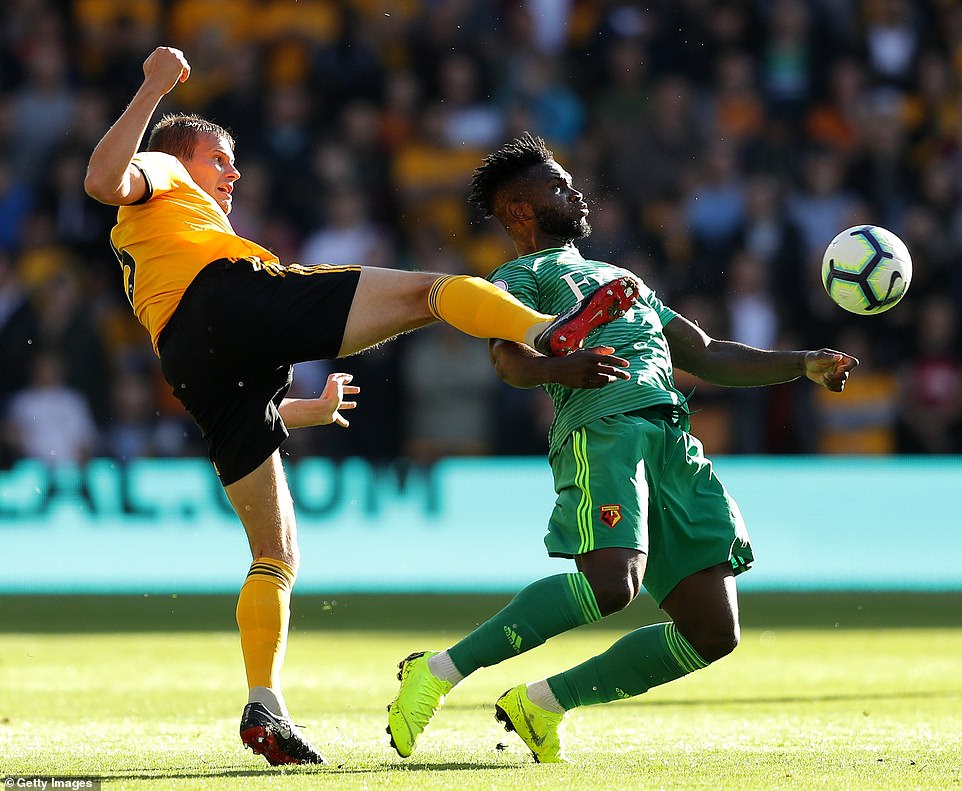 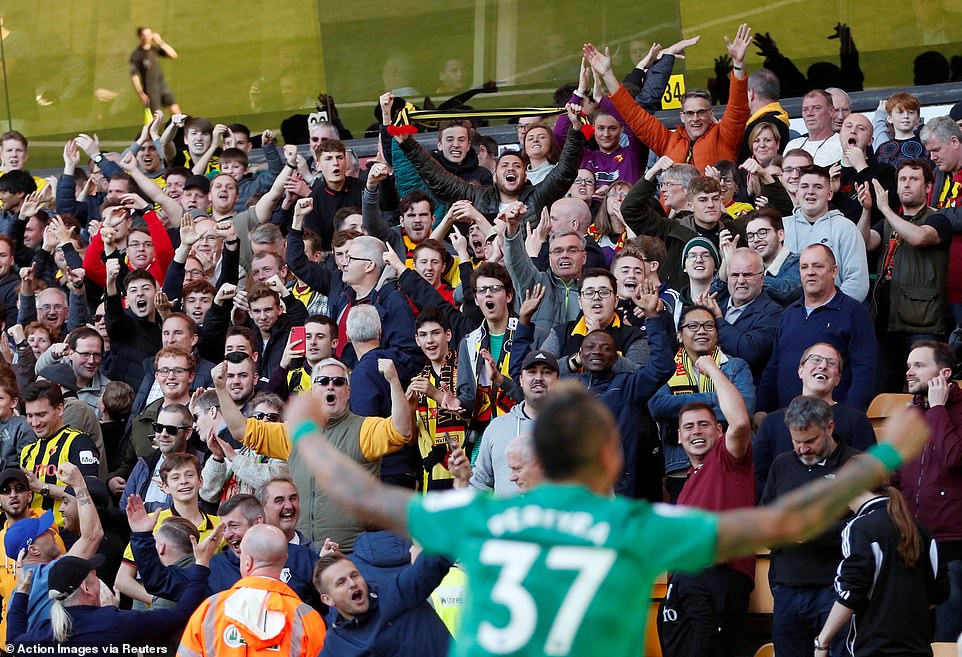 Roberto Pereyra fed Abdoulaye Doucoure, who teed up Etienne Capoue and the Frenchman’s strike from nearly 25 yards whistled into the back of the net.

The low shot wasn’t that far from Rui Patricio but had travelled through Conor Coady’s legs to leave the Wolves goalkeeper unsighted.

The goal unsettled Wolves and 58 seconds later Watford forwards swarmed down the left and Doucoure slipped Pereyra clear, played onside by Ryan Bennett. Pereyra’s finish from the angle was inspired, a deft flick with the outside of his boot to curl the ball over Patricio.

It was an unfamiliar position for Nuno and he tried to affect change by replacing Otto with Ruben Vinagre at the break. 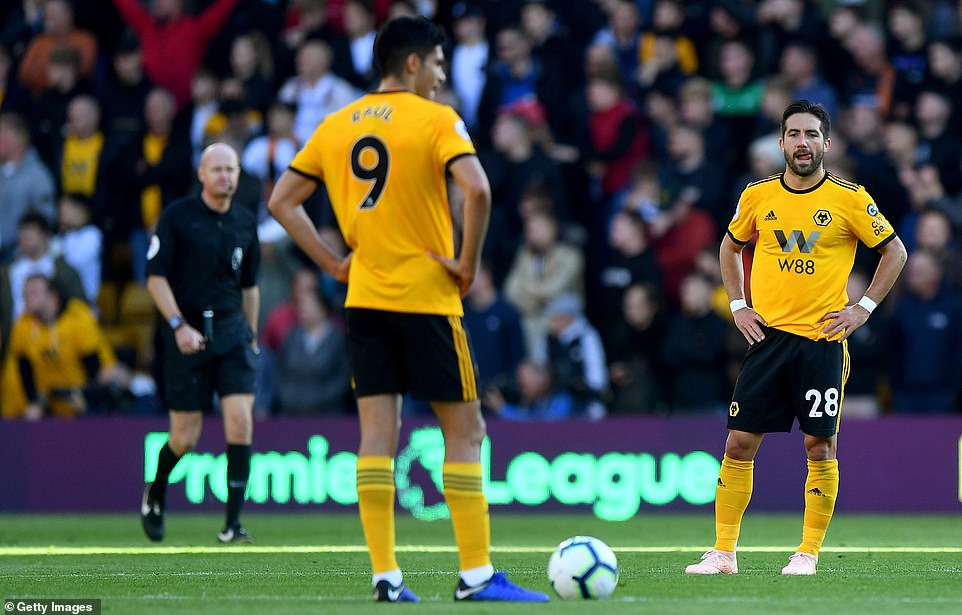 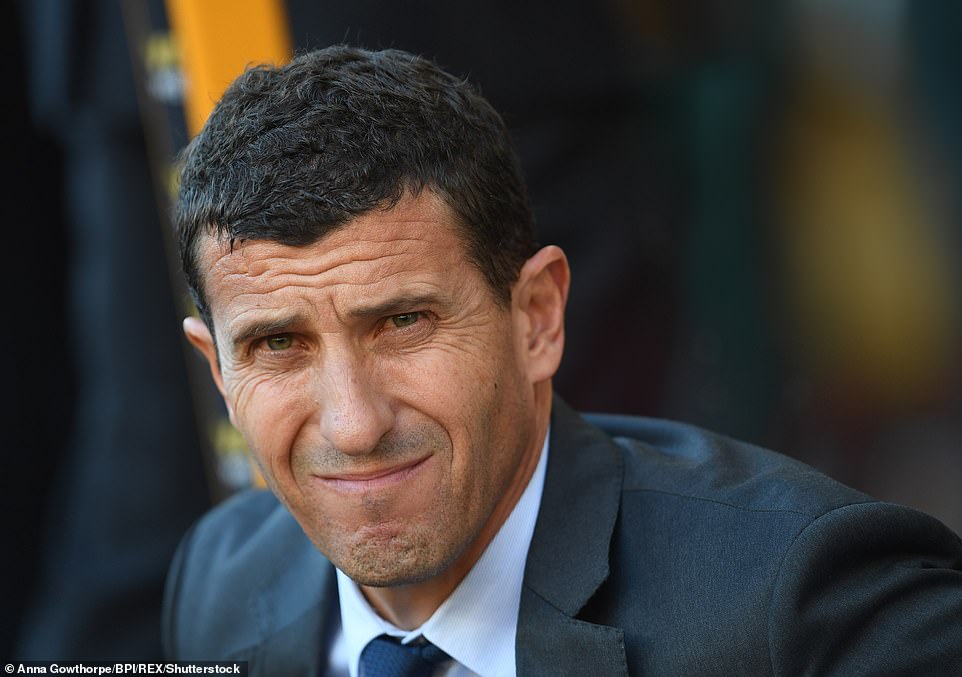 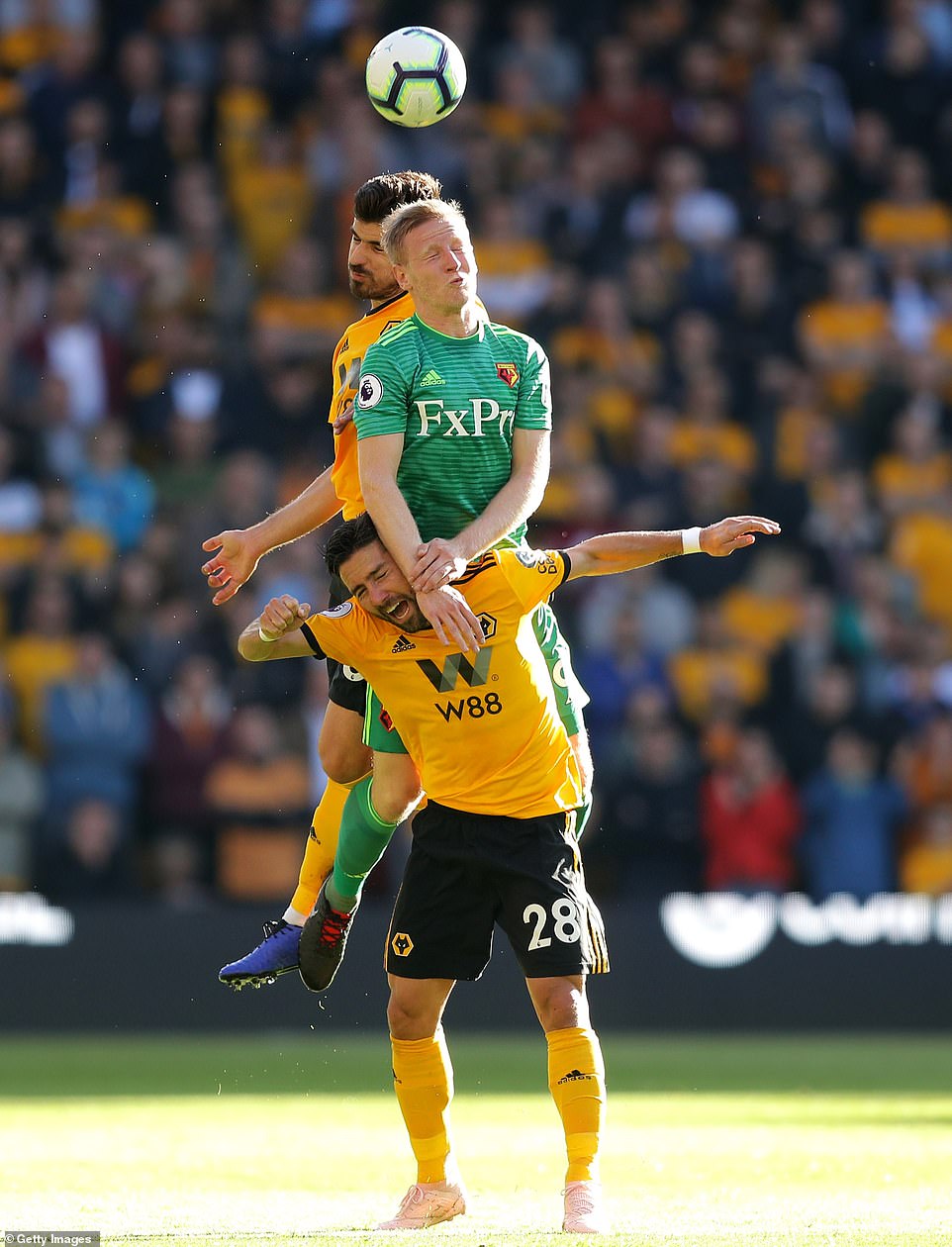 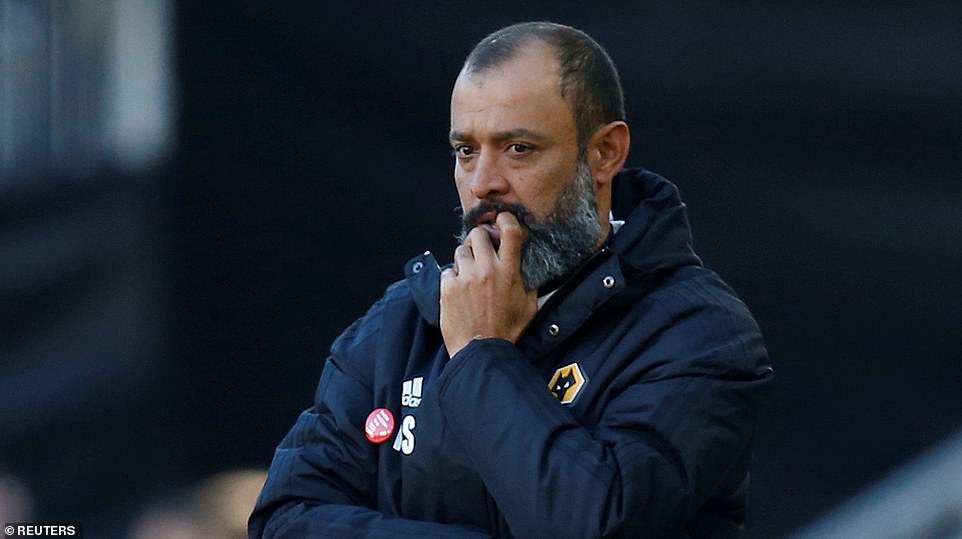 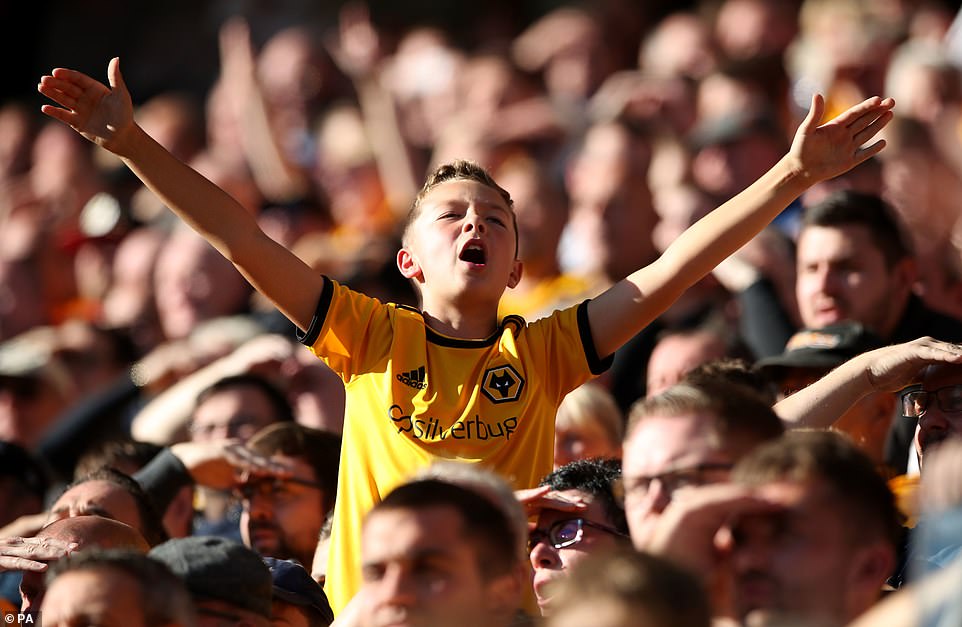 Wolves fans attempt to get their side going despite the early goals, but the home side could not overturn the deficity

Wolves woke up and began to pin Watford back. Diogo Jota spurned a good opening and on the hour Willy Boly had his backheel saved by Ben Foster.

Neves produced a tremendous last-ditch tackle to prevent a certain counter-attack goal by Doucoure before Wolves tried again. Vinagre found Ivan Cavaleiro unmarked, but his header drifted over. Helder Costa had a good chance, too, but hammered his shot high.

Nuno looked up the blue sky and scrunched his face. Life’s tough at the top. 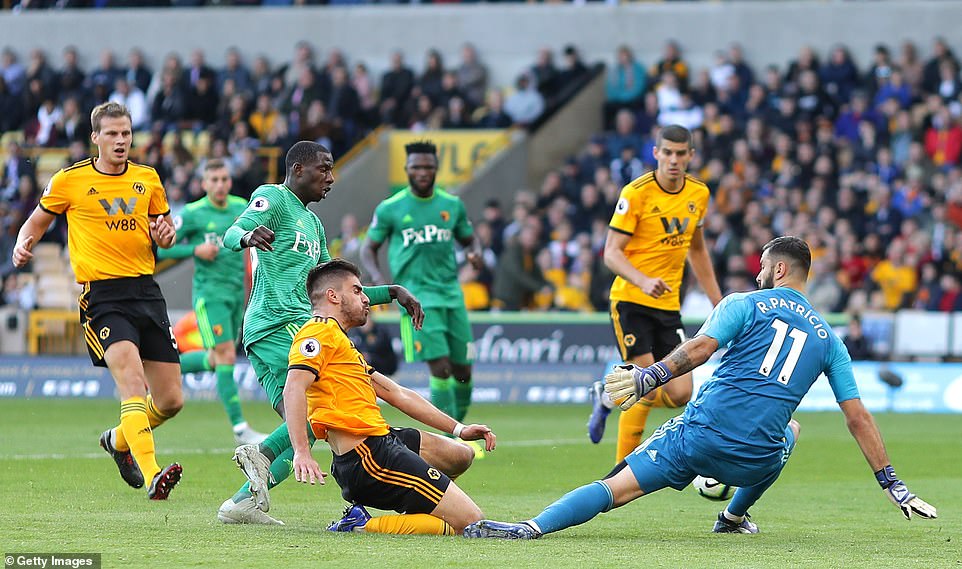 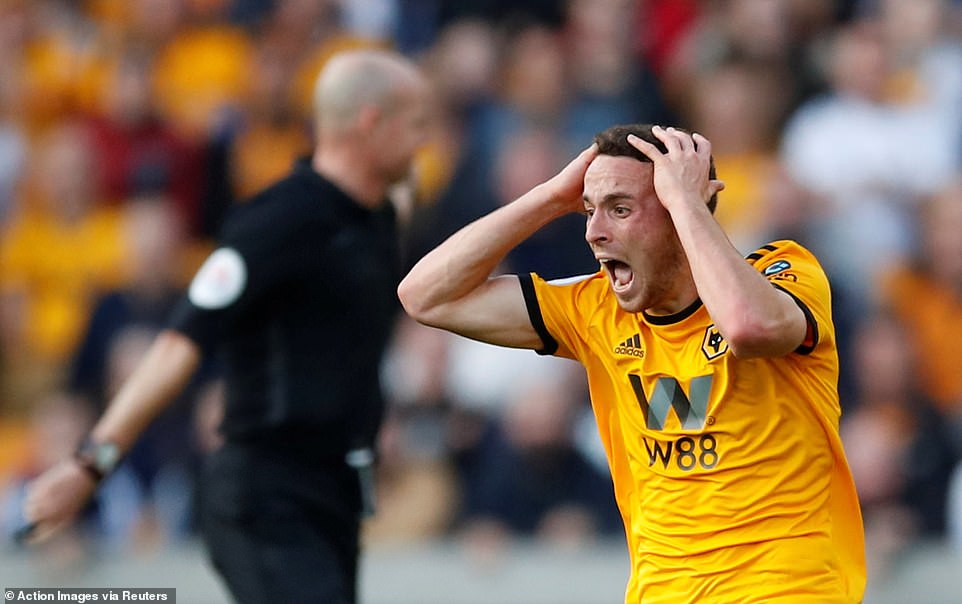 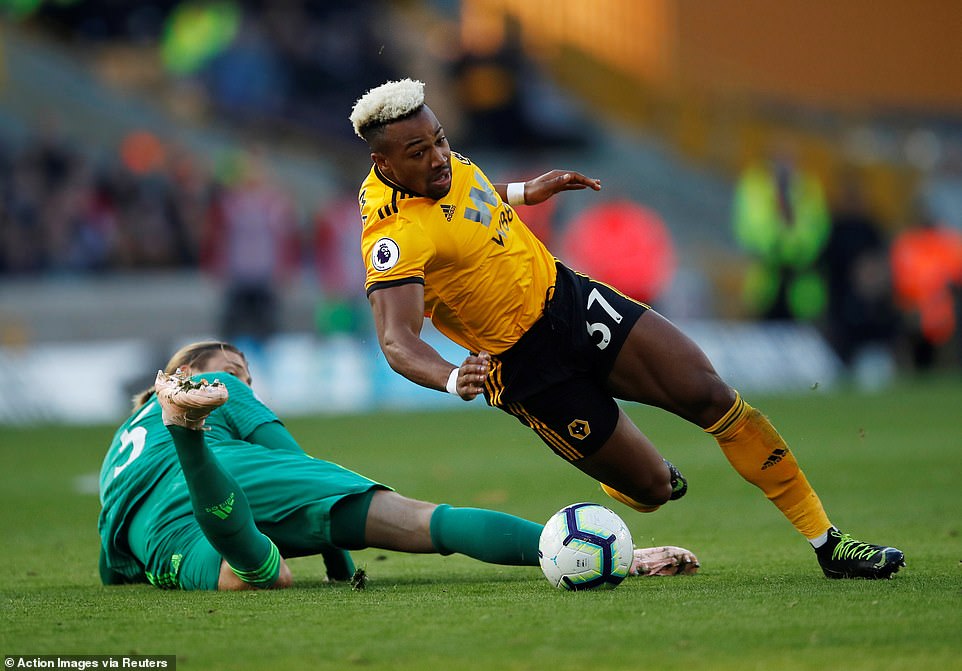 Having come off the bench with 20 minutes left, winger Adam Traore tries his best to provide inspiration for Wolves 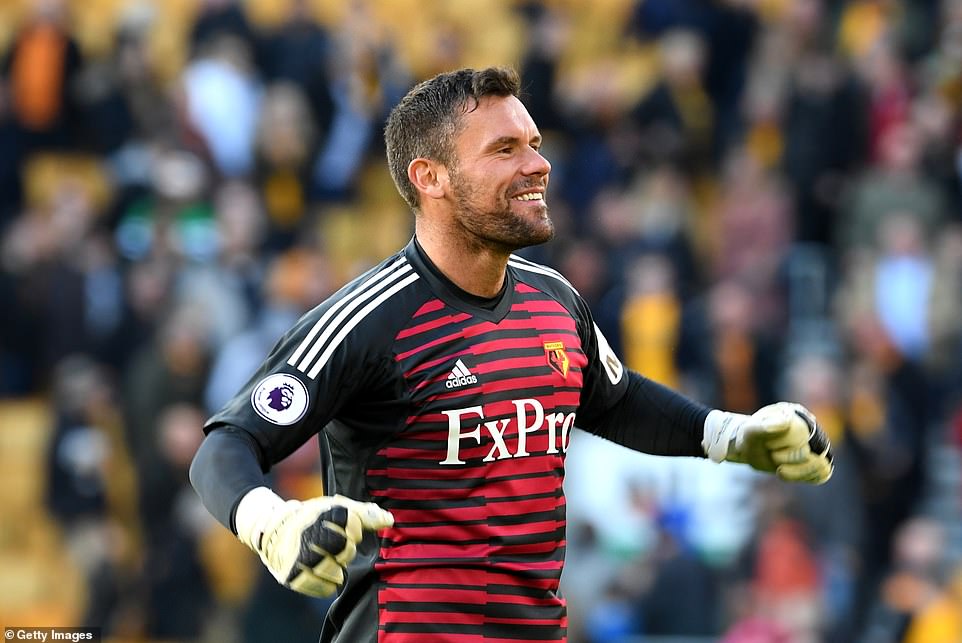