‘It’s not ideal but we’ve got to dig in’: Harry Winks admits run of three games in six days is ‘ridiculous’ as Tottenham eye Carabao Cup victory at West Ham

Tottenham midfielder Harry Winks has branded the club’s intense run of fixtures as ‘ridiculous’ but urged his team-mates to beat West Ham on Wednesday evening and make the Carabao Cup the club’s first silverware since 2008.

Tottenham lost 1-0 to Manchester City at Wembley on Monday evening and now head to West Ham in the Carabao Cup on Wednesday night – just 48 hours after their Premier League fixture.

It is, however, a muddle of Tottenham’s own making after delays to their new White Hart Lane stadium meant the City game needed to be delayed to be played at Wembley due to the national stadium’s commitments to the NFL last weekend. Tottenham then face a trip to Wolves in the Premier League on Saturday night. 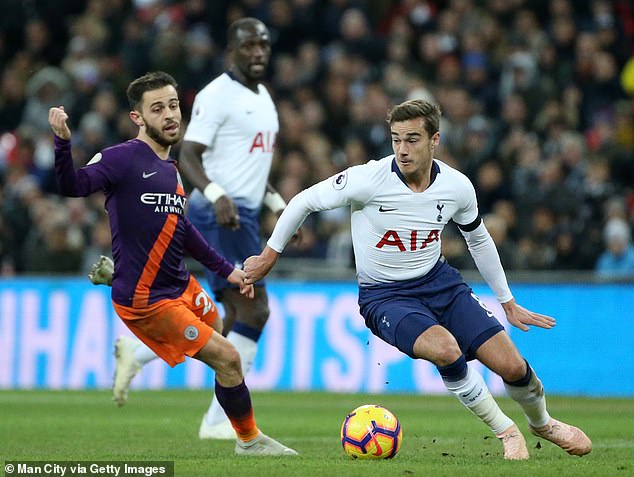 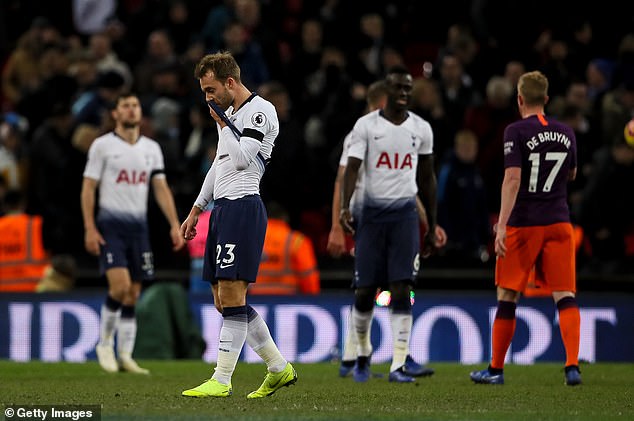 Mauricio Pochettino is therefore now expected to ring the changes for the trip to London rivals West Ham, who knocked Spurs out of the competition last season.

Winks said: ‘We’ve got three games in five days which is ridiculous really in terms of the schedule. Especially playing two games after a game tonight it’s going to be tough for us.

‘Physically it’s difficult, some of the lads who played today, who played 90 minutes, are going to have to be ready to play 48 hours later which is not great and not ideal. It should still be a recovery day.

‘I have not played two 90 minutes, not two full games (in that space of time). I might’ve played in youth team football but it’s a completely different way of playing. At men’s level, the demand of the game is so much more physical.

‘We’ve got to dig in, we’ve got a big squad, we have got players that can play two games in two days because we’re a fit squad and a fit bunch of players.’ 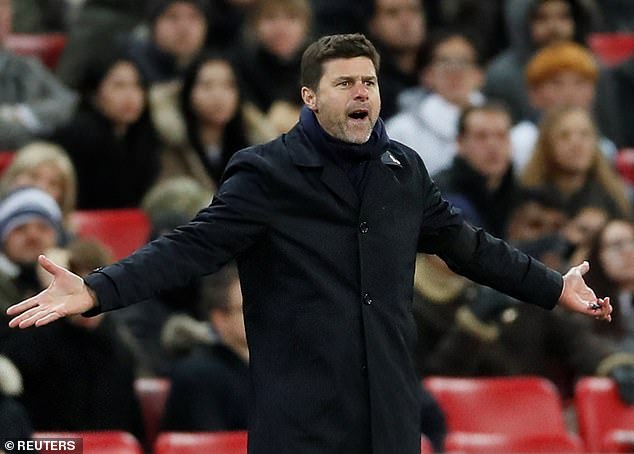 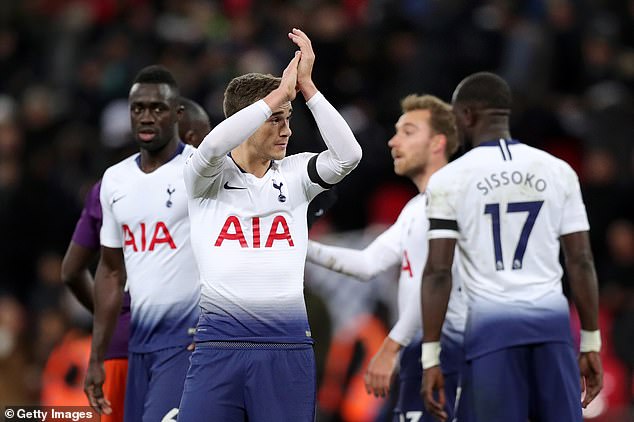 Tottenham, who are still to win a trophy under Pochettino and have not lifted a prize since the League Cup under Juande Ramos 10 years ago, may now feel that their best chance of silverware this season is the Carabao Cup, as City and Liverpool appear strong in the Premier League while Spurs are on the brink of a group stage exit in the Champions League.

Winks added: ‘League Cup, Champions League, FA Cup… they’re all a priority for us and we want to win something this year – Premier League as well.

‘The Champions League is going to the tough but we’re not out of that just yet we’re going to fight for that.

‘Carabao Cup is going to be a big important competition for us this year and hopefully we can go all the way.’