‘It’d be really special because this season deserves an end like that’: Georginio Wijnaldum feels Liverpool should win the Champions League after Premier League title heartache

Liverpool midfielder Georginio Wijnaldum believes their ‘wonderful’ season deserves to be rewarded with a trophy.

Having just missed out on a first title in 29 years after being edged out by Premier League defending champions Manchester City by one point, Jurgen Klopp’s side have a second chance at success in the Champions League final against Tottenham on June 1.

Wijnaldum, one of the club’s most consistent performers this season and the midfielder with the most appearances, thinks it would be shame not to end the campaign with some silverware. 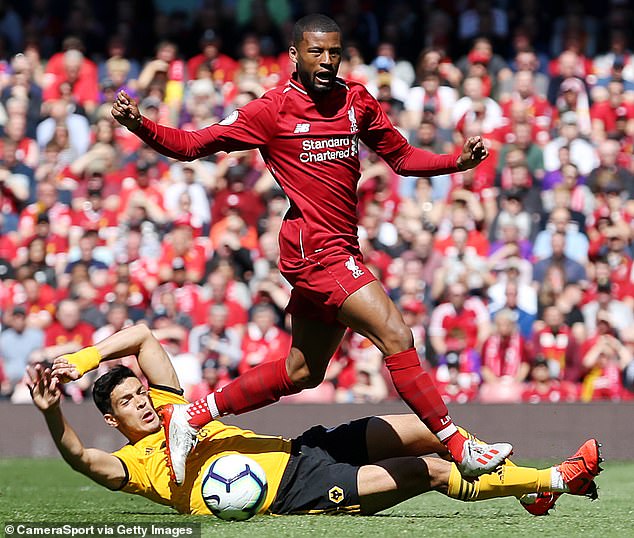 ‘Overall, I think we had a good season and now is the challenge to finish with a title to make the season complete,’ the two-goal hero against Barcelona in the Champions League semi-final told liverpoolfc.com.

‘It would be really sad if we finish the season without a title, especially because I think we were quite consistent this season and we did so good. I think this season deserves one.

‘The last couple of games were basically games where we could only win and look at what City were doing. They won also, so fair enough that they are champions.

‘But now we have a game that we can control, so we have to bring that to a good end.

‘It would be really special, especially because this season deserves an end like that.

‘We’re going to do everything to bring it to that end, but it’s going to be tough.’ 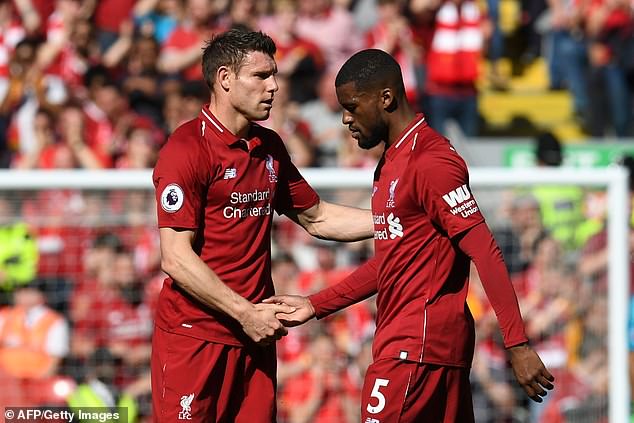 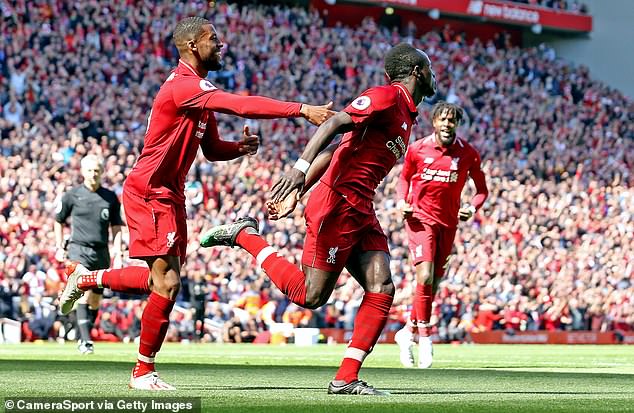 Another super-consistent performer for Liverpool this season has been defender Andy Robertson.

The Scotland international has featured in 47 of the club’s 52 matches and has provided 13 assists, establishing himself as the best left-back in the Premier League this season.

‘I was happy with where I finished the season last year: I was getting better and better, so there was a wee bit more pressure on me this season,’ said the 25-year-old.

‘It was about me finding that level and showing I can be consistently good – and I think I’ve managed to do that.

‘This season was big for me, I’ve managed to kick on and I’ve got a few years left in me, so hopefully I can take it into next season.

‘Hopefully there’s one good performance left in me this season, then I’ll rest and then be fully concentrated on trying to put in the same performances next season and get the same kind of results.’ 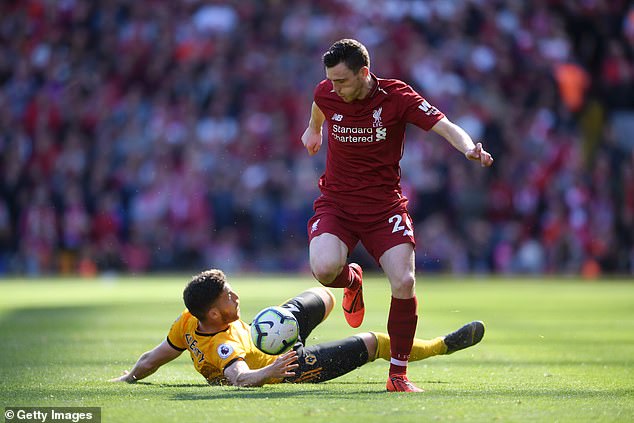