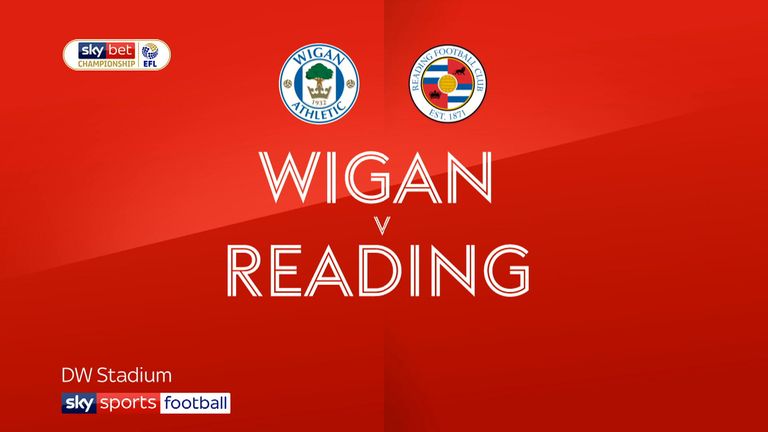 George Puscas netted a sensational hat-trick in the space of five minutes deep inside the final quarter to give Reading a 3-1 Championship victory at struggling Wigan.

In a game desperately short in quality and excitement, Puscas stepped up to the plate to secure a vital away win – and pile the pressure on under-fire Wigan boss Paul Cook.

The hosts went ahead through Joe Garner, but are now without a win in seven outings and sit in the relegation zone.

Wigan had started by far the brighter and Anthony Pilkington unleashed a brilliant strike that was tipped over by Reading goalkeeper Rafael.

At the other end, Reading were almost in, when a corner from the right found Puscas, whose volley was cleared off the line by Pilkington.

But it was Wigan who got their noses in front in the 34th minute, when Garner climbed well to meet a Pilkington corner.

Rafael parried it out but straight back to Garner, who scrambled it home from close range.

Brilliant football from the Latics then saw Michael Jacobs feed Garner, who saw Josh Windass in acres of space at the far post.

The cross came straight in and Windass elected to take it on the volley, but his left-footed strike flew wide.

Wigan started the second half in similar fashion, with Sam Morsy advancing into the box only to see his shot deflected wide.

Reading were continuing to offer little, but Wigan were given a warning when the ball landed at the feet of Puscas, although he sent his shot over the top.

Wigan boss Cook was booked for dissent by referee Jeremy Simpson, before the game was turned on its head in the space of five mad minutes.

With 12 minutes remaining, Reading substitute Lucas Boye was adjudged to have been fouled by Dujon Sterling.

Puscas placed the ball on the spot before smashing it down the middle, with David Marshall diving to his right.

Two minutes later, the striker was in again, skipping beyond Charlie Mulgrew before slotting past the disbelieving Marshall.