Home » Soccer » Who is top of our first POWER RANKINGS of the season?

Who is top of our first POWER RANKINGS of the season? 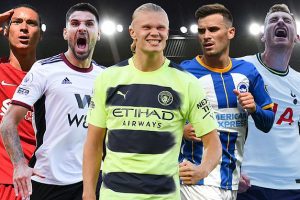 The Premier League is officially back. After over two months away, England’s top flight returned over the weekend, with teams looking to lay down a marker in their opening match.

Defending champions Manchester City managed to do exactly that as they negotiated a potentially tricky away fixture at West Ham with relative ease.

It was also a good weekend for the north London clubs, with Arsenal battling past Crystal Palace, and Tottenham coming from behind to thrash Southampton. Meanwhile, Chelsea put their inconsistent pre-season form behind them to edge past Everton at Goodison Park. 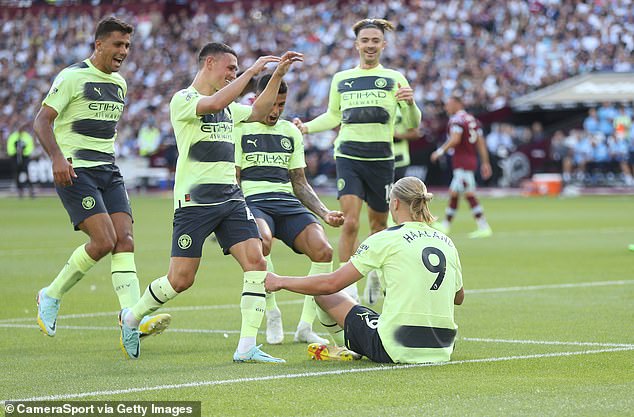 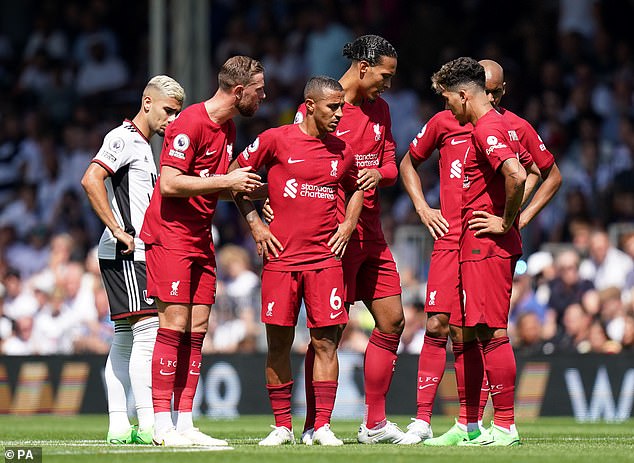 It was a disappointing opening weekend for Liverpool and Manchester United, though. Jurgen Klopp’s team struggled to get to grips with newly-promoted Fulham and had to settle for a point, whereas United could not even manage that as they slipped to a humbling home defeat against Brighton.

There were also wins for Newcastle, Bournemouth and Leeds, with Leicester and Brentford sharing the spoils on a weekend that produced 28 goals.

But which players stood out? Who made a dream start to the season? Each week, Sportsmail will bring you a Power Rankings table, highlighting the 10 hottest players in the Premier League after every matchday. Let’s take a look at the first 10 players to make this season’s list…

Replacing Antonio Rudiger was never going to be easy for Chelsea this summer. Yet on the evidence of Saturday’s performance, the Blues may have found someone in Kalidou Koulibaly who can fill the void left behind by the German international.

Koulibaly has been a standout performer in Serie A for several years, but fans may have wondered how he would adapt to the Premier League. He passed his first audition with flying colours.

Playing in a back three alongside Cesar Azpilicueta and Thiago Silva, Koulibaly added much needed pace to the defence, providing cover whenever Everton threatened to get in behind. 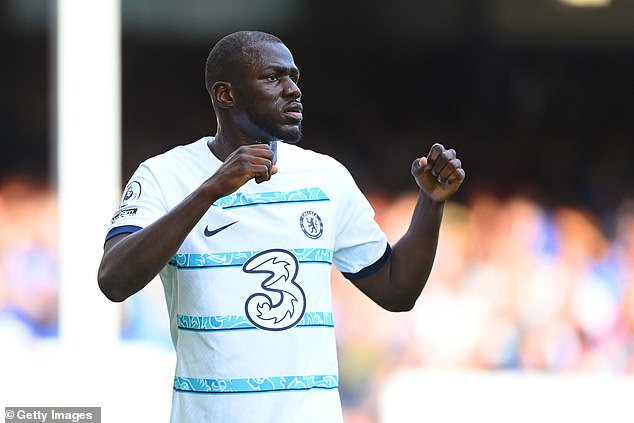 He also looked composed with the ball at his feet, stepping out of defence to start moves for Thomas Tuchel’s side.

He will face tougher tests than coming up against an Everton side without Dominic Calvert-Lewin, but he could not have done much more to impress on his Premier League debut.

Heading into the season, most supporters would have agreed that Dominic Solanke needs to shine if Bournemouth are to have any chance of staying up.

Instead, it was his striker partner Kieffer Moore who stole the headlines on the South Coast on Saturday.

Coming up against an ambitious Aston Villa team, Bournemouth made the perfect start when Jefferson Lerma put them ahead inside two minutes. 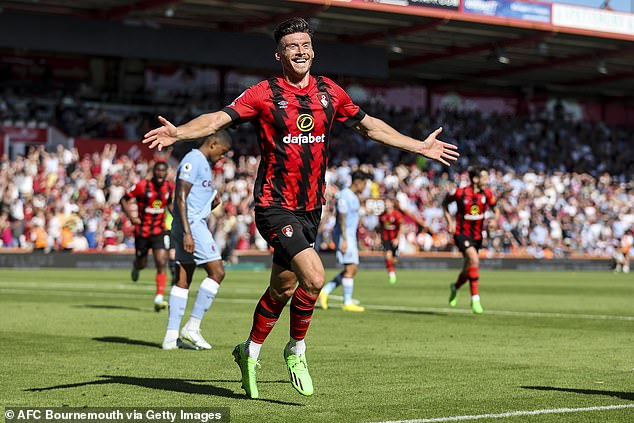 Having gone in front so early, it was then about looking to keep Villa at bay, while still being a threat in the final third, and Moore did more than enough to keep Ezri Konsa and summer signing Diego Carlos occupied.

He got his reward 10 minutes from time as he leapt highest at the back post to fire a header past Emiliano Martinez, sealing Scott Parker’s side all three points at the Vitality Stadium.

The question prior to Tottenham’s first game of the season was whether Conte would select Ryan Sessegnon or new signing Ivan Perisic to play at left wing-back.

He ended up going with the England youngster, and it paid off. Tottenham fell behind early on when James Ward-Prowse volleyed past Hugo Lloris, but Spurs bounced back quickly through Sessegnon.

Dejan Kulusevski cut in on his left foot, and Sessegnon anticipated where the ball was going to end up, as he slid in at the back post to head home his first league goal for the club. 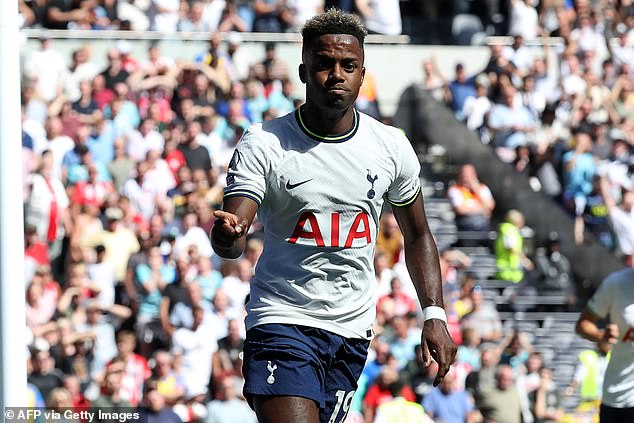 Injuries and inconsistent form have held Sessegnon back in recent seasons, but there were positive signs towards the end of last term, and he looked sharp against Southampton.

With Luke Shaw enduring a difficult time at Old Trafford and Ben Chilwell only just returning from injury, Sessegnon may feel that he has a chance to make a late push to get into Gareth Southgate’s World Cup squad if he can keep performing like this.

Newcastle dominated their game against Nottingham Forest from the outset, but their final ball let them down in the first half.

With the game approaching the hour mark, they were still searching for a breakthrough, and frustration was beginning to set in at St James’ Park. Then Schar stepped up.

Picking the ball up around 30 yards from goal, he dribbled forward towards the corner of the penalty box before unleashing a shot that flew past Dean Henderson.

The Magpies splashed out £35m on Sven Botman earlier this summer, and some may have expected him to take Schar’s place this season.

He may have to wait a while longer to establish himself in Eddie Howe’s starting line-up if Schar keeps scoring goals like this, though.

Klopp tried to ease him into action on Saturday as he named the Uruguayan on the bench, starting Roberto Firmino instead.

The Reds fell behind before the break, though, and with Firmino having an ineffective game, Nunez was brought on shortly after half time. 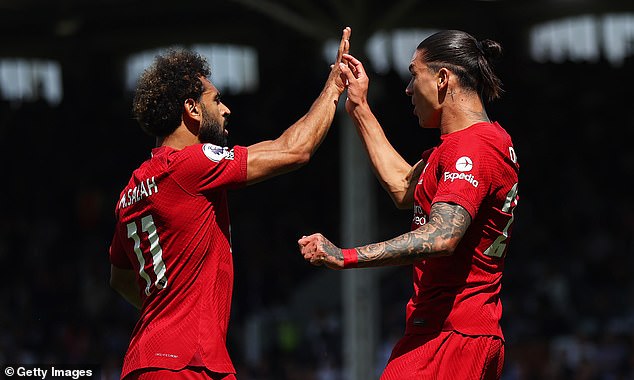 It took him just 13 minutes to open his account for the season as he flicked home Mohamed Salah’s centre, and he then returned the favour, setting up Salah with 10 minutes to go to rescue a point for Liverpool.

In hindsight, it looks like Klopp made a mistake by not starting Nunez. Don’t expect him to make the same mistake again any time soon.

After joining Arsenal three years ago, William Saliba finally made his Premier League debut on Friday. We now know what all the fuss has been about.

The Frenchman picked up the Ligue 1 Young Player of the Year award last season after enjoying a standout campaign at Marseille, and he continued that form at Selhurst Park. 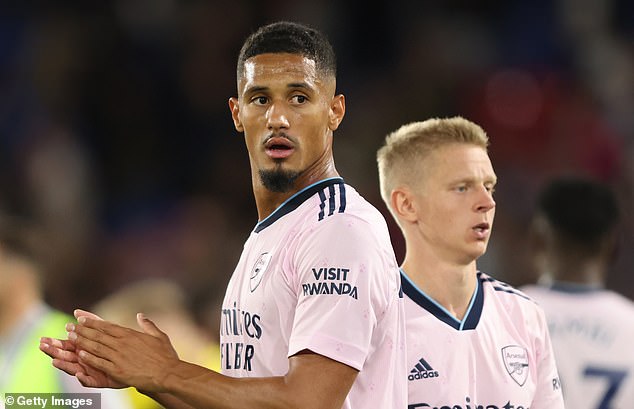 Odsonne Edouard has caused many defenders problems over the years, but Saliba handled him with minimal fuss, while he also came across to cover for Ben White when the Englishman was troubled by Wilfried Zaha on occasions.

It is still early days for Saliba in England, and he will need to prove himself consistently over the coming months, but he has all the ingredients to be a top-class centre-back.

Gary Neville offered Saliba high praise in his post-match analysis when he compared him to a ‘young Rio Ferdinand’. The future looks very exciting for the Arsenal defender.

Harry Kane and Son-Heung min weren’t at their brilliant best against Southampton. It didn’t matter – Kulusevski was.

In truth, the Swede has been exceptional ever since he arrived in north London in January, and he picked up where he left off last season on Saturday.

His pin-point cross picked out Sessegnon to bring Tottenham level after Ward-Prowse’s opener for the Saints, and after Spurs had moved 3-1 ahead through Eric Dier and a Mohammed Salisu own goal, Kulusevski rounded off the scoring. 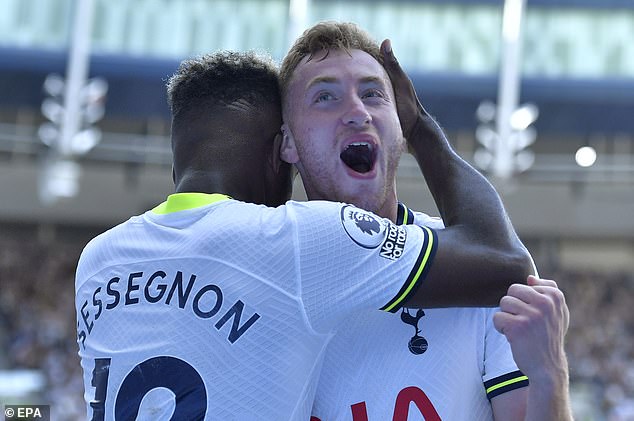 It was a trademark finish as he cut in on his left foot and curled the ball into the far corner.

Tottenham spent £60m on Richarlison last month, but he will not be displacing Kulusevski any time soon if the 22-year-old keeps performing at this level.

Not many people gave Brighton a chance of winning at Old Trafford on Sunday. After a promising pre-season under new manager Erik ten Hag, United were clear favourites to get their campaign off to a winning start.

But Brighton had other ideas.

After a nervous opening to the game for the visitors, Graham Potter’s men gradually took control, and Pascal Gross came to the fore. 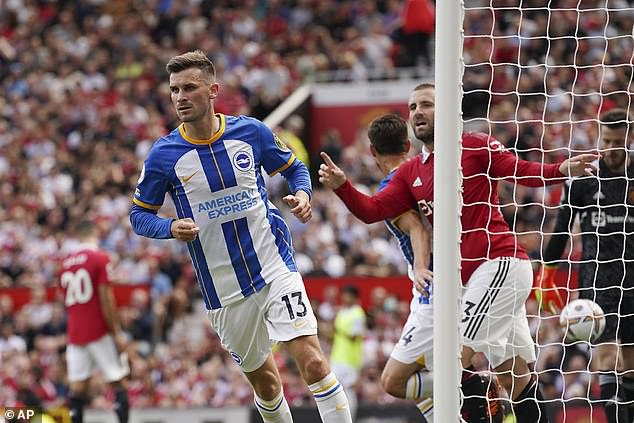 He was on hand to tap home Danny Welbeck’s cross to give Brighton a deserved lead, and he was then first on the scene to score from close range again after Solly March’s shot was pushed out by David de Gea.

United threatened to come back into the game after the interval, but Brighton held on to register their first ever victory at the Theatre of Dreams.

Gross has now netted six times in 10 league games against the Red Devils, and he was a thorn in their side once again on Sunday.

Erling Haaland had a game to forget in the Community Shield against Liverpool. He hardly touched the ball, appeared to be on a completely different wavelength to his team-mates and missed a sitter late on.

Could he bounce back from his dismal display against West Ham? You bet he could.

City were patient with their build-up play for much of the first half, but when they finally upped the tempo and slipped Haaland in behind, he showed his turn of pace, bursting onto the ball before being taken out by Alphonse Areola. 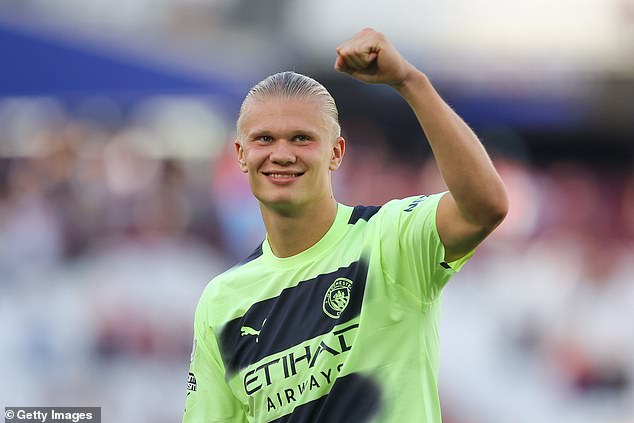 There was never any doubt about who was taking the penalty, nor the end result, as Haaland picked out the bottom corner.

His second strike was a textbook City goal. Jack Grealish kept calm under pressure to find Rodri, who in turn played the ball onto Kevin De Bruyne.

Haaland set off, knowing that De Bruyne would find him with an incisive through ball, and the Norwegian did the rest, stroking the ball beyond Areola.

He could have completed his hat-trick moments later, but he put a close-range header over the bar. Still, two goals on debut is an excellent return, and there will be plenty more to come.

Aleksandar Mitrovic scored 43 goals last season in the Championship. But the Premier League is a different story. He has been unable to deliver the goods in the top flight before. Could he trouble Virgil van Dijk and co?

Just after the half hour mark, he bullied Trent Alexander-Arnold at the back post to nod past Alisson from close range.

Liverpool started to ramp up the pressure in the second half, and it was up to Mitrovic to hold up the ball to give his defence some respite whenever he could. He performed that role expertly, but the Reds still drew level when Nunez flicked home. 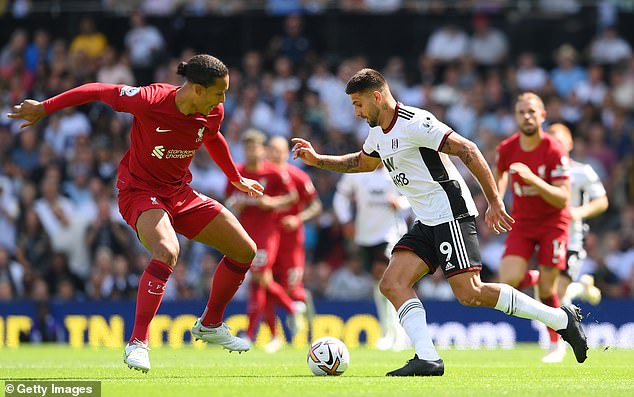 The Cottagers needed to find another level and they looked to Mitrovic to deliver. The Serbian received a through ball, which left him one-on-one against the imposing van Dijk.

We’ve seen strikers turn back and not even bother taking van Dijk on, but Mitrovic backed himself and knocked the ball past the Dutchman before going to ground.

Whether there was a great deal of contact remains up for debate, but referee Andy Madley pointed to the spot, and Mitrovic picked himself up to blast home his penalty.

Fulham deserved at least a point from the game, and if Mitrovic keeps playing like this, they have every chance of finishing above the bottom three this season.