Home » Soccer » Who are the winners and losers halfway through the CL group stage?

Who are the winners and losers halfway through the CL group stage?

Bayern Munich are STILL the best, Liverpool star Jota is shining bright but Real Madrid and PSG are in danger of being dumped out… the Champions League group stage winners and losers in our half-time report

After what seems like no time at all, every side is three matches down in the Champions League – we’re at half-time in the group stage.

So far, in a tightly congested European calendar which has seen three matchdays in quick succession, there’s been plenty of talking points in just about every group. 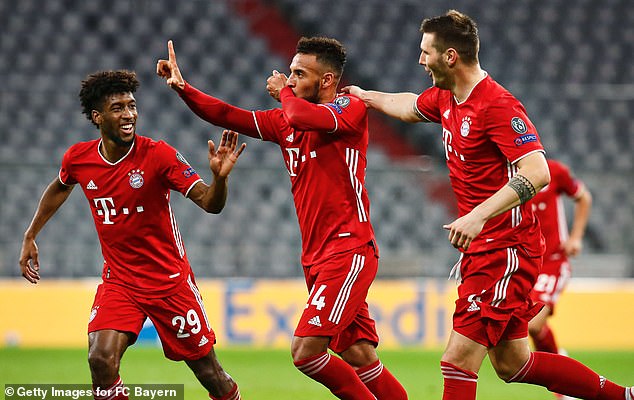 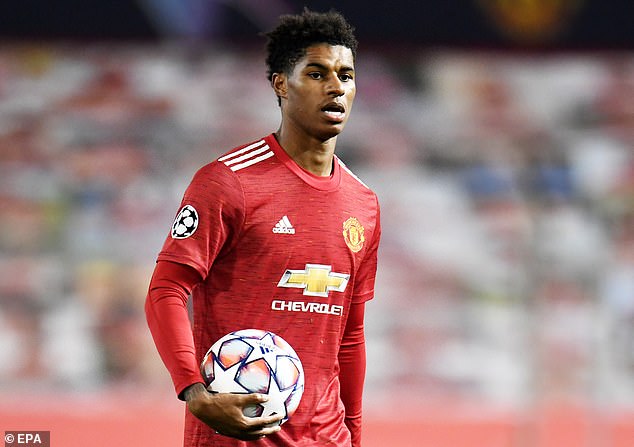 Of the English contingent, every side is in a strong position to qualify for the knockout stage – in fact, despite their shock defeat by Istanbul Basaksehir on Wednesday night, Manchester United still top their group after three games, as do Liverpool, Manchester City and Chelsea.

But what moments and matches in particular stand out so far? And who is in with a shout of surprising the status quo as we head towards Christmas?

Sportsmail takes you through the Champions League group stage so far and analyses where it’s gone so right – and so wrong – for a number of teams as we take a three-week hiatus for the international break.

The European champions are one of four sides on a maximum of nine points – but it’s the manner of their victories which makes Bayern so formidable on the continental stage.

Facing a tricky opener against last season’s quarter-finalists Atletico Madrid, the Bundesliga champions wiped out Diego Simeone’s side 4-0 in a ruthless display of attacking prowess.

Though they edged past Lokomotiv Moscow in Russia, a 6-2 pummelling of RB Salzburg in Austria means Hansi Flick’s team could seal qualification with two matches to spare with a win against the same opponents at the Allianz later this month.

With Robert Lewandowski continuing to fire alongside world-class talent all over the pitch, Bayern are the undeniable favourites to defend their crown come next May. 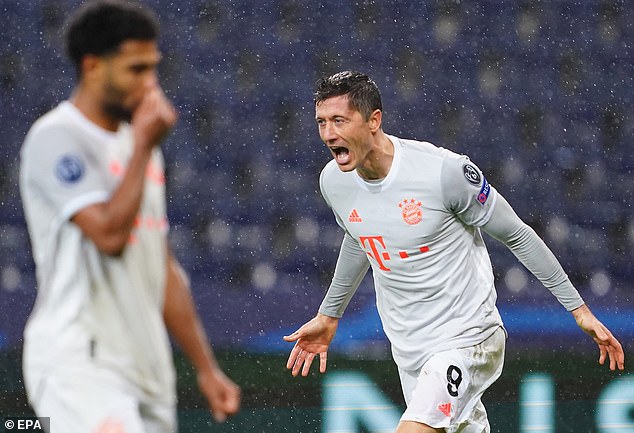 Honourable mentions go to Liverpool, Manchester City and Barcelona for also winning three from three – arguably the competition’s four frontrunners are cruising to the knockout-phase.

In a group alongside Man City, Porto and Olympiacos, Andre Villas-Boas’ team would have fancied their chances of qualifying for the latter stages.

But after three games: zero points, zero goals and zero hope. After a surprising defeat in Greece, they’ve lost 3-0 to City and Porto to leave their hopes in tatters.

It’s not an insurmountable deficit, as Atalanta showed last year, but a team with the likes of Dimitri Payet in the ranks is badly underperforming. 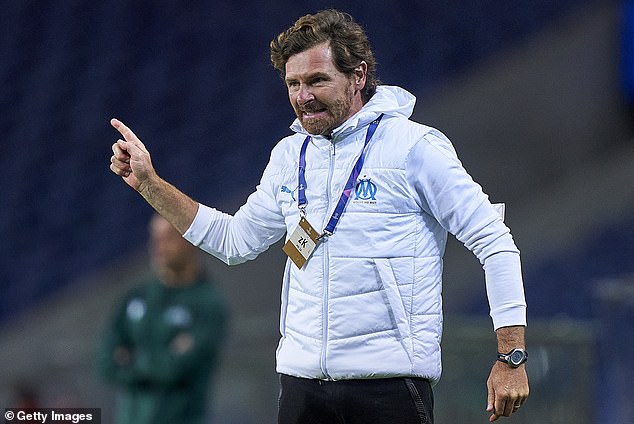 The Germans top their star-studded group ahead of Real Madrid, Inter Milan and Shakhtar Donetsk with five points – but they really should be out of sight.

They led going into stoppage time at the San Siro on matchday one before Romelu Lukaku’s last-gasp equaliser and it was even worse a week later: two goals to the good in the same situation against Real Madrid, they allowed Zinedine Zidane’s side to somehow grab a point at the death.

However, there would be no repeat of those frailties come a daunting trip to Ukraine to play Shakhtar on Tuesday, storming into a 4-0 lead at half-time and eventually winning by six. 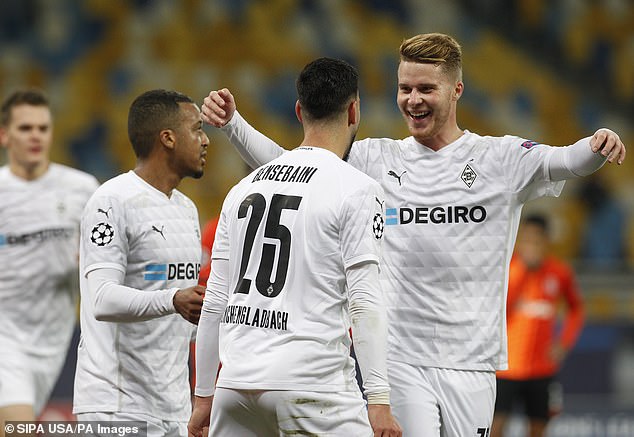 The Bundesliga outfit have stood out in one of the tougher groups this season and should be playing knockout football if they can keep their level of play consistent in the coming weeks – and right up until the final whistle.

Dealt the supposed ‘Group of Death’  with United, Leipzig and Basaksehir, Neymar, Kylian Mbappe and Co deserved to be beaten in their opener against the Red Devils, while an away defeat in Germany leaves the French champions on just three points.

Their next game, at home to Leipzig, is now pivotal – and either way, they may require a win when they travel to Old Trafford on December 2. 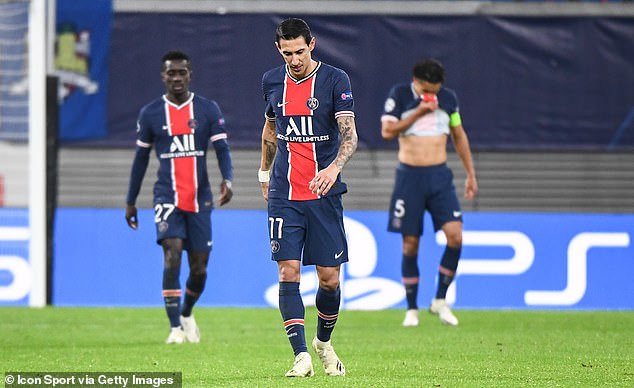 The 2019-20 runners-up, PSG, have lost two of their first three matches in the group stage

Inter Milan, on two points from three games and bottom of Group B, have also underperformed and will need to beat Real Madrid at home next up to stand any chance of a late qualification bid.

The three standout performers so far all ply their trade in the Premier League: Marcus Rashford, Diogo Jota and Ferran Torres.

Man United striker Rashford scored a brilliant late winner in Paris on matchday one, before making a stunning impact from the bench against Leipzig to score his first hat-trick for the Red Devils.

Jota has been Liverpool’s crown jewel so far, breaking the deadlock against Midtjylland last week before stealing the show against last season’s surprise package Atalanta in Italy with a masterclass in finishing to leave with the match ball.

The third player is Torres who, while not quite as lethal – he’s scored three from three, one in each game – has played a bigger role at the slender age of 20, leading the line for Man City down the middle. His strike against Porto on matchday one was one of the best goals of the competition so far. 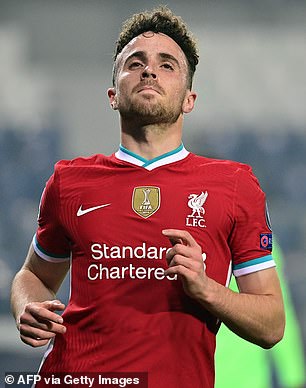 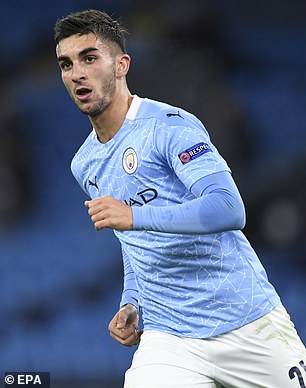 It was barely believable what was occurring on matchday one in the Spanish capital – Zinedine Zidane’s team of superstars were three down against Shakhtar at half-time.

Abhorrent defending, alongside the notable absence of Sergio Ramos, resulted in a first-half capitulation from the La Liga champions and though they clawed back two goals in the second half, it was not enough.

A shock defeat, and after a lucky point against Monchengladbach, boy did they need those three points against Inter Milan on Tuesday night. 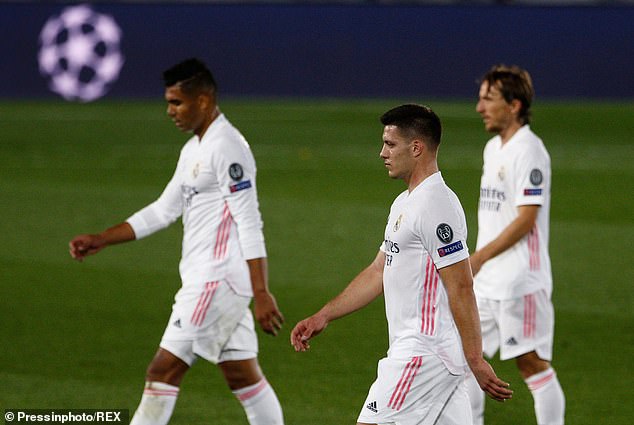 This was not Ole Gunnar Solskjaer’s thrashing a team of nobodies in Europe – this was a clinical, well-organised United dismantling last season’s semi-finalists, who had so convincingly knocked out Tottenham Hotspur.

Leading early on from Mason Greenwood’s excellent finish, Rashford came on to devastating effect to finish off the Germans in arguably the best display of the Solskjaer era.

It makes United’s performances since, defeats by Arsenal and Basaksehir, all the more surprising – and concerning. 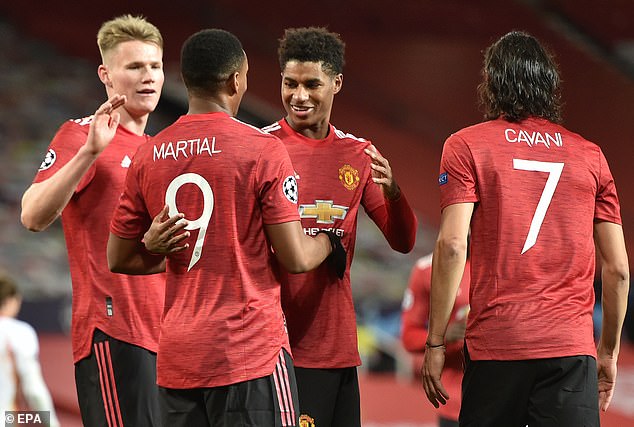 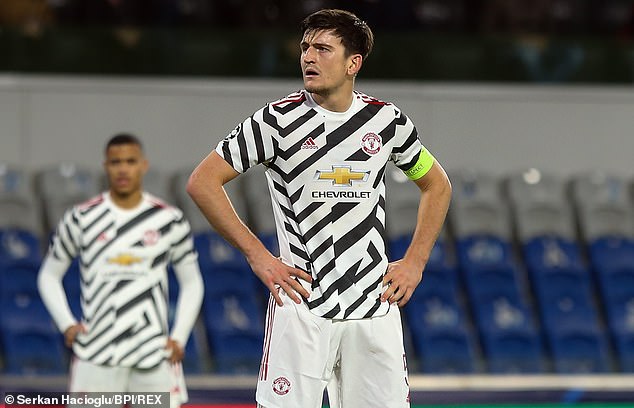 WHICH TOP TEAMS COULD MISS OUT ON THE KNOCKOUT STAGE?

At the moment, Real Madrid still have work to do – currently positioned in third spot in Group B, while Inter are rooted to the bottom, two points further back.

But the big story could well be PSG, last season’s runners-up, crashing out.

Two huge games against Leipzig and Man United coming up will decide their fate, though the Red Devils’ loss to Basaksehir last night has played straight into their hands.

Elsewhere, Zenit St Petersburg are bottom of Group F which is currently topped by Borussia Dortmund. Juventus, Atletico and Chelsea are all nicely positioned at the half-way stage too.