Manchester United may be on course to secure a deal with Sporting Lisbon for Bruno Fernandes, but they need to act fast if he is to be available to take on league leaders Liverpool at Anfield on Sunday.

The 25-year-old has scored 14 goals and assisted a further 13 in another prolific season in his home country, helping him retain his regular starting spot for Portugal.

United boss Ole Gunnar Solskjaer is in dire need of a versatile midfielder with Paul Pogba and Scott McTominay on the sidelines, with a £60million deal now on the table.

The Red Devils take on Jurgen Klopp’s men at the weekend as the only side they have failed to beat in the Premier League this season, and Fernandes could be available.

The rules behind player registration state that teams must have all the relevant paperwork completed by 12pm on the last working day before the match, making Friday the deadline for Sunday’s 4:30pm kick-off on Sunday. 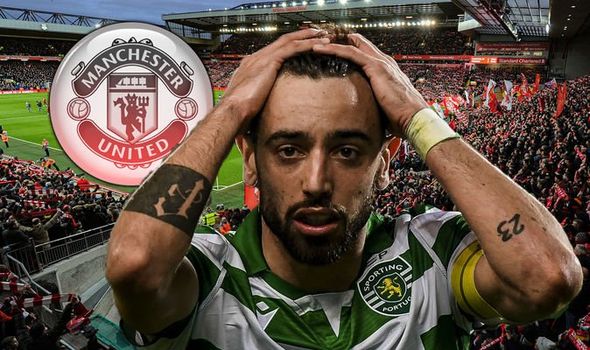 Solskjaer was quizzed about United’s interest in Fernandes on Tuesday, however, the Red Devils boss remained coy.

“I’ve got no transfer updates, so no,” Solskjaer said on Tuesday morning when pressed over the Fernandes rumours.

“If we get something that we can tell you about we will, but I’ve got no news now.”

The Norwegian stated earlier in the window that he hoped to bring one or two new players to Old Trafford, and lashed out at claims he wasn’t forthright with chief Ed Woodward over deals. When asked if he was ‘forthright’, he said: “Solskjaer said: “Of course I am. Ask him if I am.

“Of course we have got open discussions and of course we’re open and honest and we talk.

“We are building towards something and I’m almost getting bored myself talking about this.

“The fans will definitely be bored listening to me talk about what we do have as a vision and a plan.

“I have those conversations with Ed all the time and we are looking at how we are going to look in one month’s time, five months’ time, in the longer period.

“He knows my feelings and we know our feelings. I am very happy with these players.” 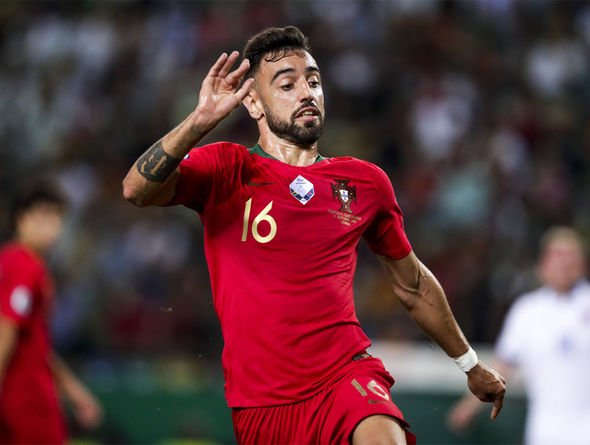 United seem to have given up on their hopes of signing James Maddison as they close in on Fernandes, with former defender Paul Parker happy that they have made the correct decision.

“I wouldn’t have any concerns over him playing in Portugal at his age,” Parker said on the WeAreTheBusbyBoys podcast.

“People say you can’t put the words £50m and bargain together, but when you’re talking about James Maddison costing near or over £120m, and the fact he will have to hit the ground running, you have to reconsider.

“You’re getting a player who is technically better than any other United player in that area, other than arguably [Juan] Mata.”