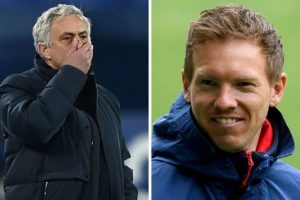 Julian Nagelsmann has been tipped as the favourite to take over from Jose Mourinho at Tottenham and the RB Leipzig boss spoke about his immediate future just a few days ago. Mourinho had come under increasing pressure at Tottenham with a poor run of results leaving the club seventh in the table.

With just six games remaining of the season, Tottenham are five points adrift of the Champions League places.

Reports in recent weeks had suggested that Mourinho was going to be given until the end of the season before any decision was made on his future.

And Spurs still have a chance to win some silverware this season with the Carabao Cup final against Manchester City in just a few days time.

However, Tottenham confirmed on Monday that Mourinho had been relieved of his duties with Ryan Mason coming in to take up a temporary position in charge.

JUST IN: Jose Mourinho fired: Why was Mourinho sacked from Spurs? 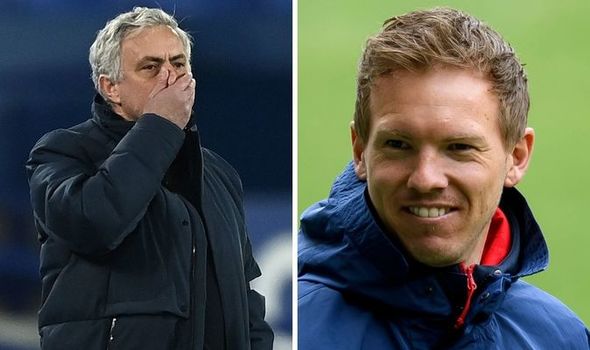 The search is now on for Mourinho’s replacement and Nagelsmann has immediately been tipped as Tottenham’s No 1 choice.

And the 33-year-old has already been asked about his future at RB Leipzig, with two years remaining on his contract.

Hansi Flick has been touted as the man to replace Joachim Low as Germany head coach after the European Championships.

And that leaves the door open for a possible vacancy at Bayern for the start of next season.

But Nagelsmann has categorically rejected claims that contact has been made between his representatives and Bayern.

“There were no talks and there are no talks between me and Bayern Munich,” Nagelsmann said. 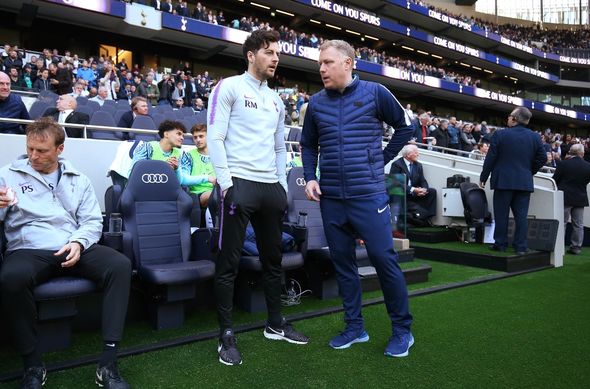 Prising Nagelsmann away from Leipzig won’t come cheap though with the Bundesliga club desperate to keep their manager.

With his contract not expiring until 2023, it has been reported that Leipzig will demand £17million to let Nagelsmann leave.

The German coach is widely regarded as one of the brightest young managers in world football due to his success at Leipzig.

His side have pushed Bayern all the way in the title race this season, despite losing Timo Werner last summer.