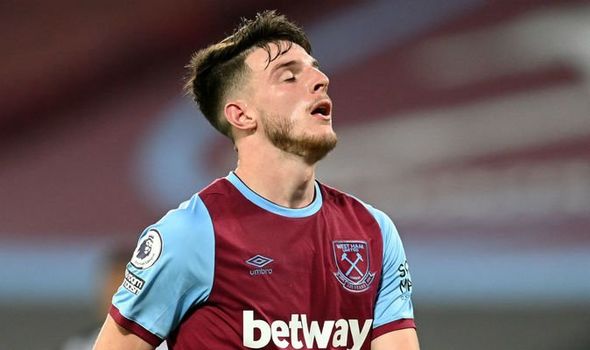 West Ham co-owner David Gold appears to have told Chelsea that Declan Rice is not for sale. England international Rice made his 100th league appearance for the Hammers last Saturday in their season opener against Newcastle, which they lost 2-0.

Rice has become an integral part of the east Londoners’ starting XI since breaking into the first-team in the 2016-17 campaign, making 26, 34 and 38 appearances in the last three seasons respectively.

The 21-year-old’s stellar displays for David Moyes’ side have caught the eye of the Blues, who are reportedly willing to spend £80million to bring the defensive midfielder back to Stamford Bridge.

Gold, however, appears to have no intention of selling the versatile Rice, who he believes is the true embodiment of the West Ham way.

On Tuesday afternoon, he tweeted: “I would like to congratulate Declan on his 100th Premier League appearance for West Ham United – a magnificent achievement.

JUST IN: West Ham boss tells Chelsea what they must do to sign Declan Rice 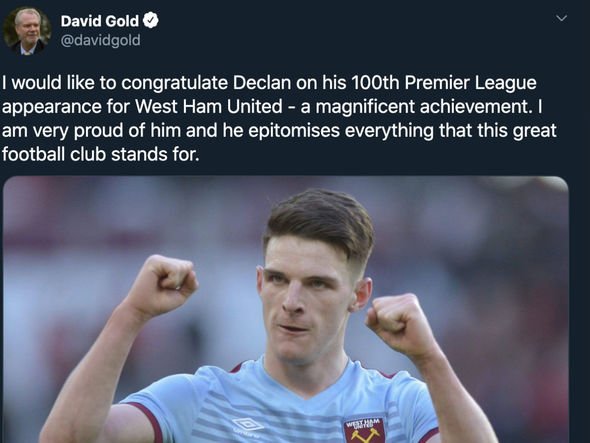 “I am very proud of him and he epitomises everything that this great football club stands for.”

The potential sale of Rice would enable West Ham to further bolster their squad for the season ahead.

And talkSPORT’s Adrian Durham reckons they should seriously considering cashing on Rice and using some of the funds to sign Burnley defender James Tarkowski.

“The thing is Declan Rice is a good player – I do like him,” Durham said of the former Chelsea academy star.

“Maybe some people think he’s better than what he actually is, but I do like him.

“I do think he’s an England standard player and he is one of West Ham’s better players – you could argue that he’s their best player.

“But is he a match-winner on his own? Can they do without him? And I think the answer to that is yes.

“And if they do get a lot of money in for him and they do spend it wisely on the players [David] Moyes thinks will make West Ham’s first team better than I think that it’s got to be a consideration. 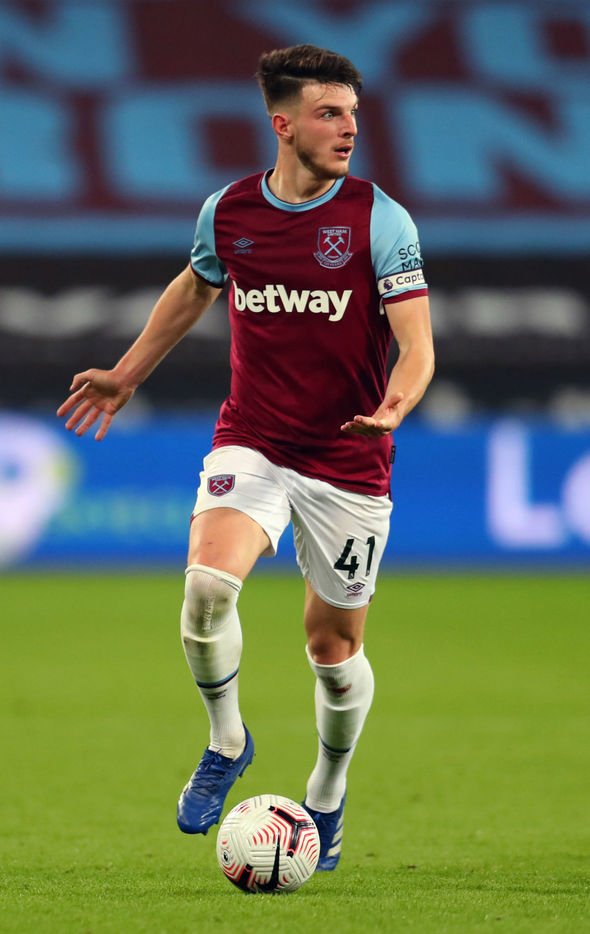 “The story was last week is that they wanted [James] Tarkowski and they could get him for what £50m? That’s what Burnley were talking about.

“They could maybe get him for a little bit less than that.

“If you sell Declan Rice and you sell Tarkowski then you’ve got some money left over then I think that’s got to represent a positive deal for West Ham United.”

Rice and his West Ham team-mates will be back in action on Tuesday night, welcoming League one side Charlton to the London Stadium for their Carabao Cup second-round clash.