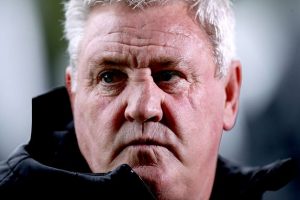 West Brom vs Newcastle LIVE: Huge relegation clash at the Hawthorns as the Baggies look to close the gap on struggling Magpies in a must-win game for under-fire Steve Bruce

West Brom and Newcastle will scrap it out in a relegation dogfight on Sunday in a game that could prove pivotal in the battle for Premier League survival.

Sam Allardyce’s Baggies are currently in 18th place, nine points adrift of Newcastle, and will be desperate to close the gap with a much-needed win.

Newcastle, meanwhile, are still in serious danger of the drop and know that a defeat here will heap pressure on the team and put serious doubt over the future of manager Steve Bruce.

The players have started their pre-match warm-ups ahead of kick-off at noon.

Steve Bruce has also been out facing questions from the media. How he’ll be hoping some positive questions can be asked in about two and a half hours time. 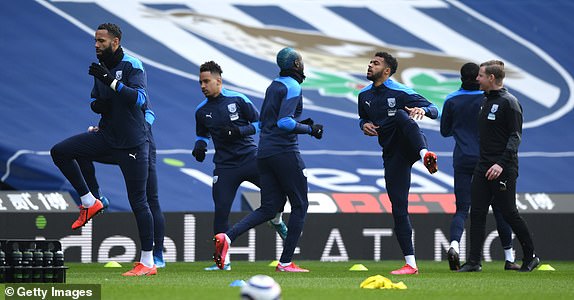 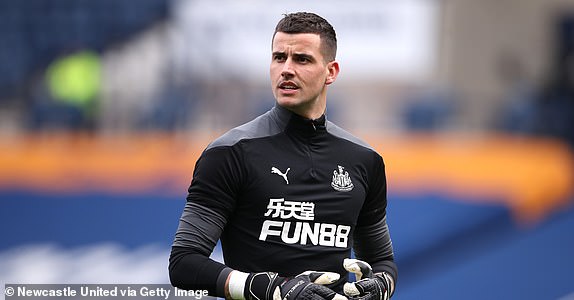 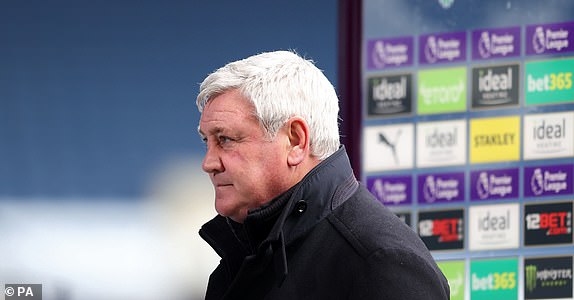 One man who could be key for West Brom today, and for the rest of their relegation dog scrap, is on-loan Arsenal star Ainsley Maitland-Niles.

The 23-year-old England international has made three appearances for the Baggies since joining on loan in January.

He was struggling to get regular game-time under Mikel Arteta, and this week has said that West Brom is the ‘perfect fit’ for him.

When these sides met up in December, Dwight Gayle scored the winner for Newcastle against his former side West Brom.

Almiron put Newcastle ahead inside 30 seconds before Darnell Furlong equalised for the West Midlands side in the second-half.

Gayle came off the bench to score after 82 minutes to give Newcastle all three points.

Newcastle would love a repeat of this today and Gayle is on the bench for the Magpies, though Almiron’s injury, similar to Saint-Maximin, is a huge blow. 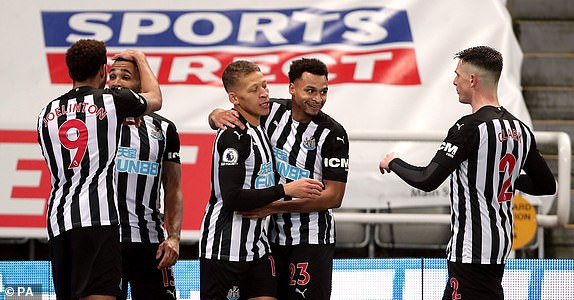 It has been a week where Newcastle have been hunting moles instead of goals after news of the dispute between Bruce and Ritchie was leaked this week.

The Newcastle player called his manager a ‘coward’ in an angry showdown – exposing the tensions that exist within a fractured dressing room.

The lunchtime kick-off at West Brom is a chance to put all that behind them. With the gap closing to the bottom three, a win here would be hugely important for Bruce and Newcastle.

To read more on the drama at Newcastle this week click below.

Their opponents meanwhile make three changes from the side that drew 1-1 against Wolves last Saturday.

Paul Dummett, Jeff Hendrick and Ryan Fraser step in for Jamal Lewis and the injured pair of Allan Saint-Maximin and Miguel Almiron.

West Brom remain unchanged from the side that fell to a 1-0 defeat to Everton on Thursday.

Hello and welcome to Sportsmail’s live coverage of the first Premier League game of the day, as West Brom host Newcastle.

It is a huge game in the scrap for relegation and though there is still plenty of games to go, it really does feel like a must-win for both sides.

West Brom could close the gap to 17th placed Newcastle down to six points with a victory today though the visitors do have a game in hand.

While under-fire Steve Bruce could really do with a victory after a week of drama at Newcastle United. A loss here gives 18th place Fulham the opportunity to go level on points with the Magpies later today.

Team news on the way!