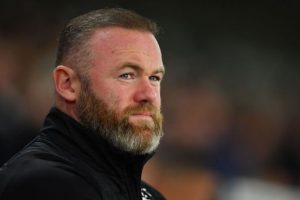 Manchester United hero Wayne Rooney has been tipped by his former team-mate Ji Sung Park to become the club’s boss in the future. United could be looking for a new manager in the coming days with club chiefs apparently deciding to sack Ole Gunnar Solskjaer during an emergency meeting on Saturday night.

The Red Devils have suffered an egregious run of form over the last two months and have won just once in their last seven Premier League games.

Their dismal displays have seen them being hammered 4-2 by Leicester City, 5-0 by Liverpool and 2-0 by Manchester City.

And on Saturday they suffered the ignominy of being thrashed 4-1 by Premier League strugglers Watford.

Solskjaer is expected to be relieved of his duties before the team travel to Villarreal for their penultimate Champions League group stage match on Tuesday night.

And Park believes Rooney has all the credentials to take the helm at Old Trafford.

“I believe Wayne can make it,” said Park. “He had great experiences from his very young age and he also had many difficult moments in his career that he overcame eventually.

“For sure, he has great leadership skills as well. So, I believe he can be United’s manager in the future.”

United have slipped to seventh place in the Premier League table after their string of disappointing results and are now a staggering 12 points behind leaders Chelsea.

The Red Devils are six points adrift of fourth-placed West Ham and are in danger of missing out on Champions League qualification for next season.

But, despite the club’s precarious situation, Park is calling for Solskjaer to be given more time to turn his side’s season around.

“It’s been three years for Solskjaer as a manager and I believe that this will be the defining season for him, in terms of whether he continues at the club,” Park continued.

“I think that he deserves credit for what he’s done at United and deserves to fight [for his job] until the end of the season – but he needs to show he can continue after that.

“He did well to bring the old United spirit and culture back to us.

“Before him we had Louis van Gaal and Jose Mourinho, who had reputations as world-class coaches, but it didn’t work out.

“So I think that United learned from those experiences and that they were key in the decision to stick with Solskjaer [after the recent defeats].”

That however now appears impossible as United have come to their decision and are expected to announce Solskjaer’s sacking in the next 24-48 hours.