Whisper it quietly, but Watford manager Javi Gracia may just be at Vicarage Road for the long haul

Javi Gracia must be the manager that sticks at Watford. After years of managerial upheaval at Vicarage Road, the current incumbent has to be the man that bucks that trend.

In fairness to Watford, they’ve recognised that: talks over an extension to his current deal that expires at the end of the season are well underway.

What’s more, it is looking increasingly likely the Spaniard will sign. He indicated as much after Saturday’s comprehensive win over woeful Huddersfield. 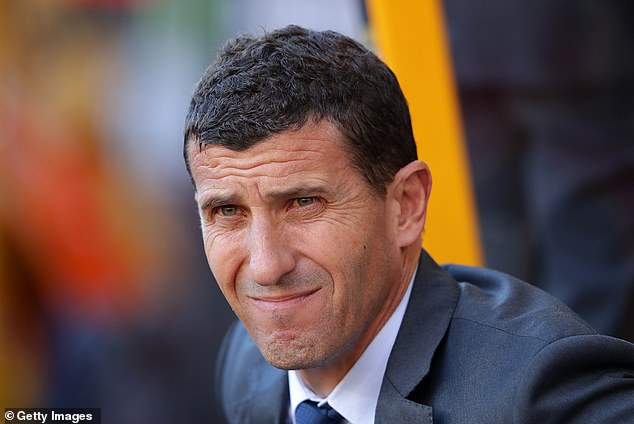 After years of upheaval, Javi Gracia could just be the managerial rock that Watford need

‘For the future for sure (it’s important that my situation is resolved),’ explained Gracia, who has led Watford to their best ever top-flight start. ‘If they want, I will stay more time here because I’m happy, I feel comfortable.

‘But in this moment the contract is not the most important. I don’t need a new contract to do my best and to make my efforts to get better results but we’ll see what happens.’

After going through 10 managers in seven years, the Hornets have found one who looks to be the perfect fit.

Some of their football against David Wagner’s side on Saturday was mesmerising, though Huddersfield’s horrifically bad defending helped Watford along the way.

Nonetheless, Hornets players are responding to Gracia’s methods; none more so than Roberto Pereyra.

The Argentine’s wonderful solo effort against the Terriers was the undoubted highlight of Saturday’s clash. 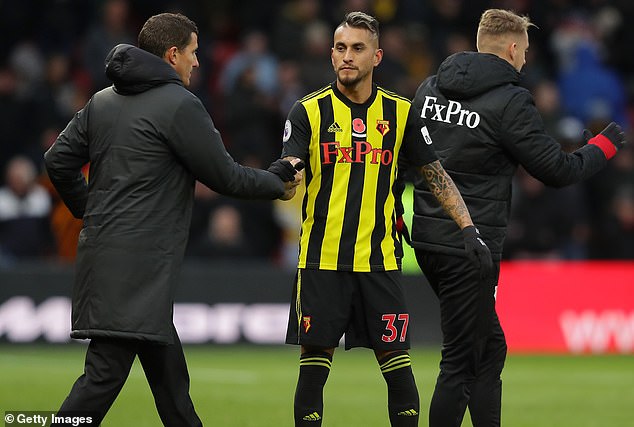 It was Pereyra’s fifth goal of the season; the South American one of those flourishing under Gracia’s tutelage.

‘When I arrived in January, from that moment Roberto is keeping a high level in all the performances. He’s scoring a lot of goals, he is working very hard,’ added Gracia.

‘For example last game after playing with the national team and coming back on Thursday he played an amazing game against Wolverhampton, scoring an amazing goal.

‘It is not a surprise to me because I see in all the training sessions his commitment, his ambition.’

Things aren’t as rosy for Huddersfield, who slipped to the bottom of the table following the weekend defeat. Still winless in the Premier League this season, they have a long hard winter ahead of them.

‘We have to stick together, that has to be the way,’ said Huddersfield goalkeeper Jonas Lossl. ‘If you’re asking me right now it’s difficult to say we will stay confident – but we have to. Everybody is at fault.’