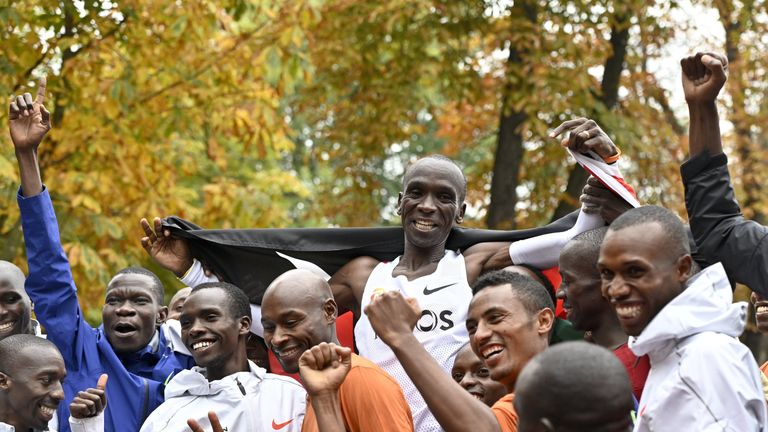 SSN in 60 Seconds brings you the major stories and breaking news in just one minute.

Justin Holbrook ended his time with St Helens on a high as they defeated Salford 23-6 in the Super League Grand Final.

Republic of Ireland remain unbeaten in Group D after being held to a 0-0 draw in Georgia – a result which leaves Euro 2020 qualification in their sights.

Italy became the second team to qualify for Euro 2020 after beating Greece.

Eliud Kipchoge has become the first person to run a marathon in under two hours after setting a time of one hour, 59 minutes and 40 seconds in Vienna on Saturday morning.

Max Whitlock won his third world title and there were first individual global medals for sisters Becky and Ellie Downie at the World Gymnastics Championships.