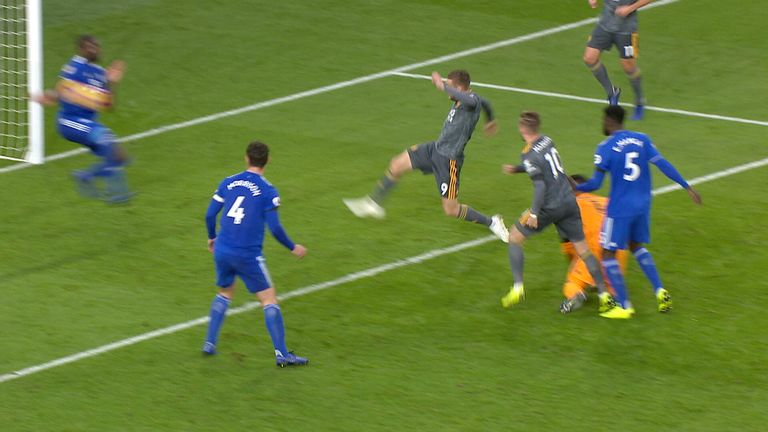 Defender Sol Bamba was fortunate not to see red as he saved a shot on the line in Cardiff’s defeat to Leicester.

With the game goalless late in the first half, Bamba deflected a goal-bound shot from Jamie Vardy onto the bar with his arm.

Leicester players looked to referee Lee Probert to point to the spot, but his view appeared to have been blocked so he only gave a corner.

The Foxes would score shortly after half-time through Demarai Gray to secure victory on an emotional day in the wake of the helicopter crash last weekend that killed five people, including Leicester owner Vichai Srivaddhanaprabha.