After a career in top-level football spanning nearly three decades, Ryan Giggs will finally fulfil his dream of competing at a major tournament with Wales.

What Giggs could not manage as a player, he has achieved as a coach, as Aaron Ramsey’s two goals – on his first competitive start since September 2018 – ensured Wales secured the victory over Hungary they needed to qualify automatically for Euro 2020 next summer.

They were also indebted to a superb double save by Wayne Hennessey in the first half, with the score at 1-0. A draw would have condemned Wales to the play-offs next spring. 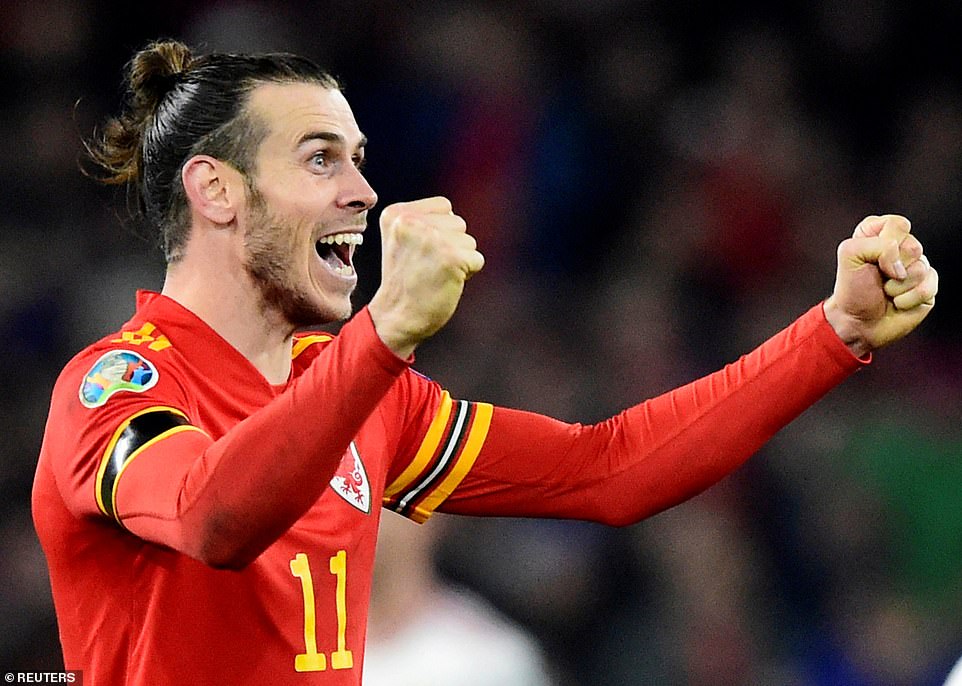 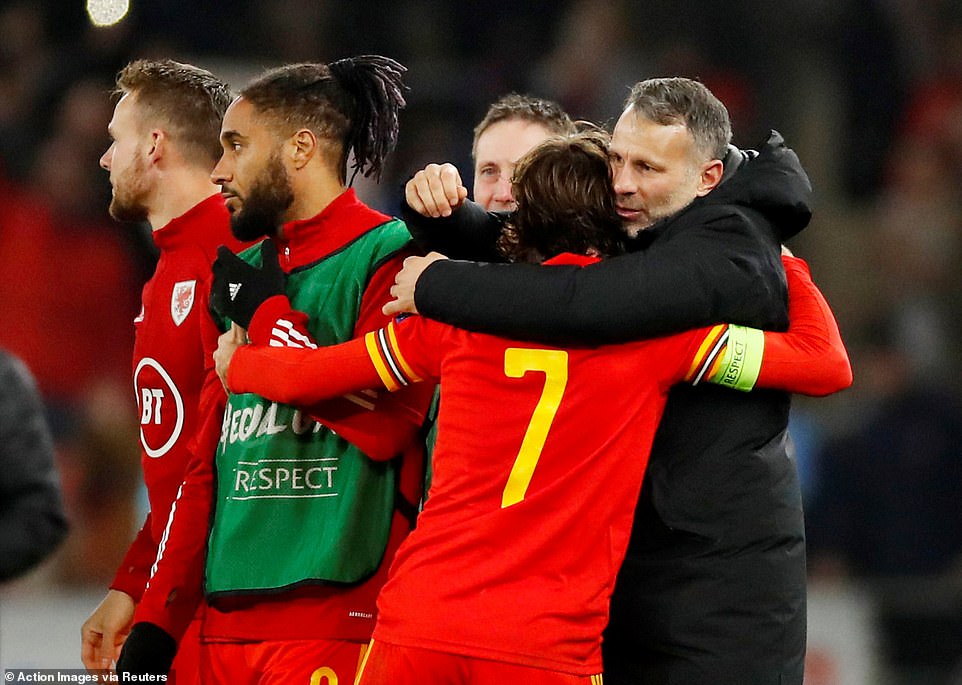 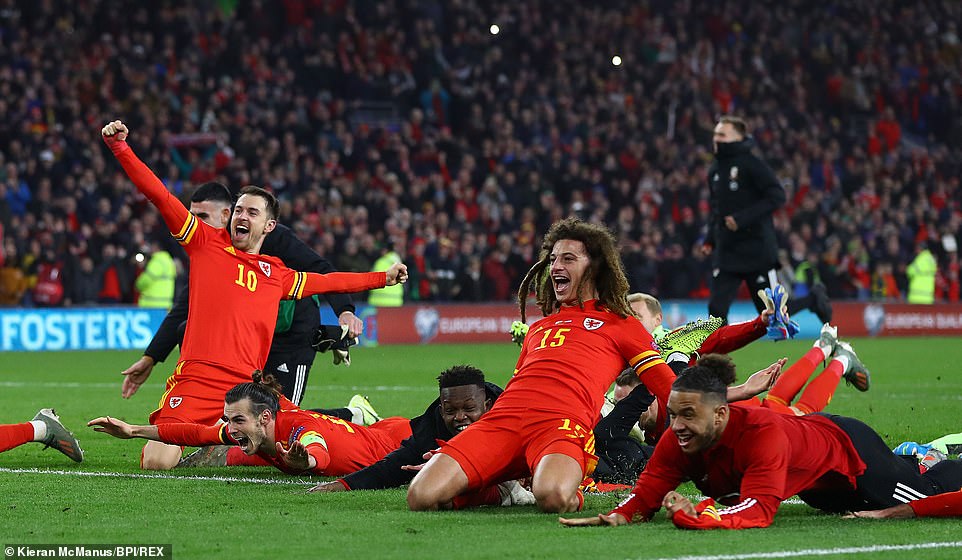 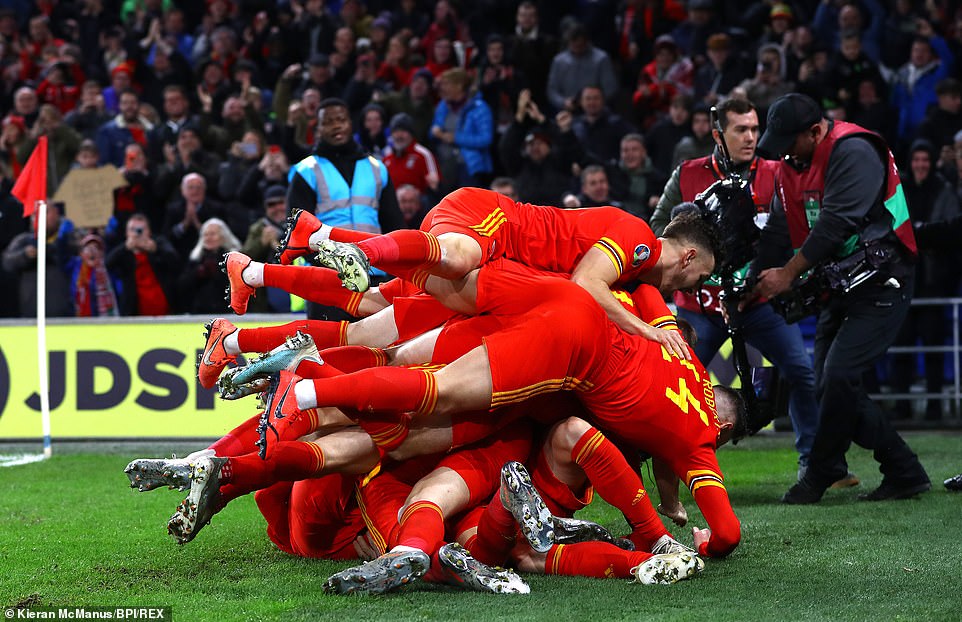 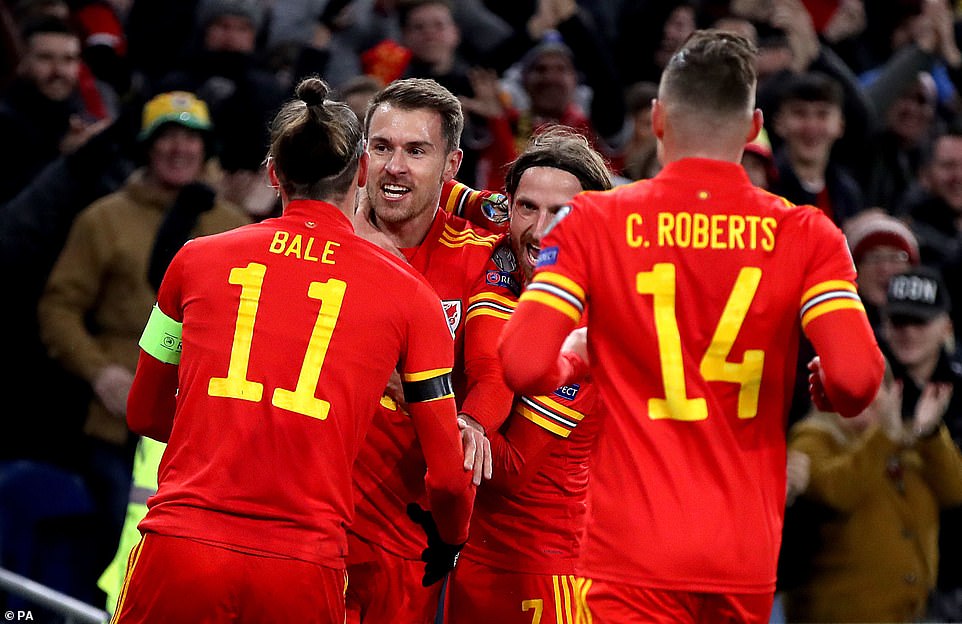 After three qualifying matches, Wales had only three points, but an impressive burst for the finishing line, claiming 11 points from a possible 15, saw Giggs’ men home.

They will not be among the favourites next summer, but with stars like Gareth Bale, Ramsey – now seventh on Wales’ all-time scoring list – and Daniel James in their team, fans will dream of repeating their glorious march to the semi-finals of Euro 2016.

Nothing could spoil their evening, not even the throwing of flares by Hungarian fans, one of which briefly appeared to set alight a seat near where the visiting fans were housed. Bale, meanwhile, was given a deserved standing ovation when he was brought off with two minutes left.

When the teams were announced, Wales’ Twitter account referred to the starting XI as ‘the authors of tonight’s story’. These players now have the chance to write another exciting chapter across the continent next summer.

Giggs deserves credit for his work in these last four games, from the success of Kieffer Moore in attack to the smart use of Bale and Ramsey, both short of full match fitness, in the final two games against Azerbaijan and Hungary.

With Ramsey returning to the starting XI for the first time in more than a year, and Joe Allen back from suspension, Wales approached the match full of confidence – even more so given the position of their opponents. 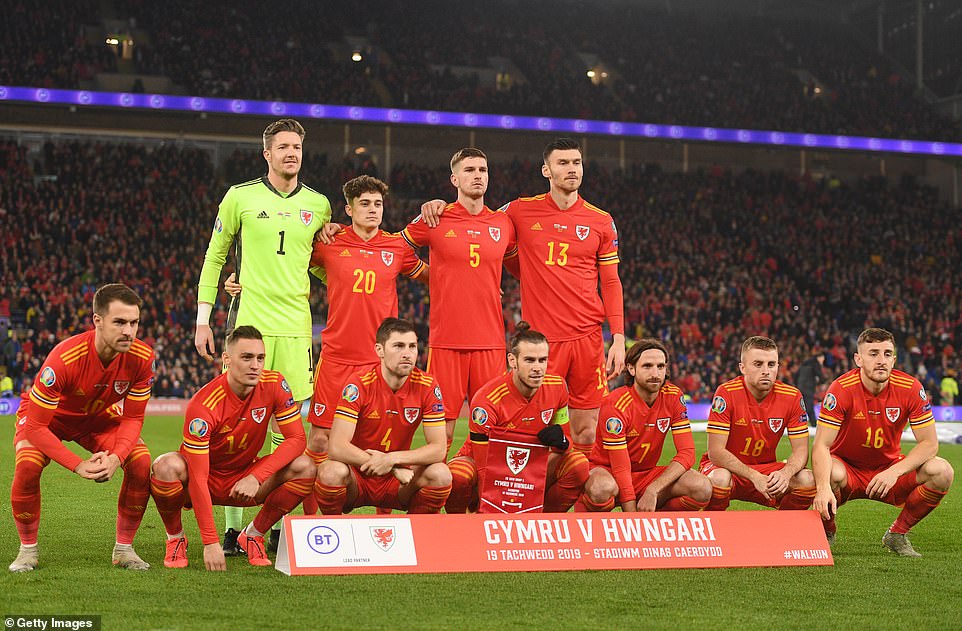 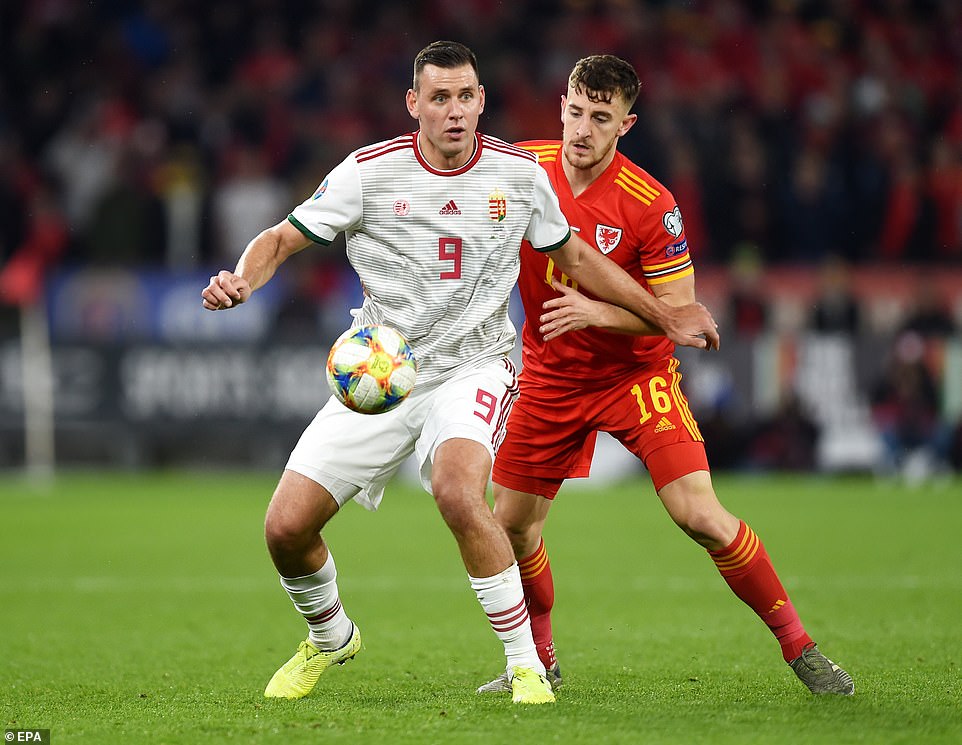 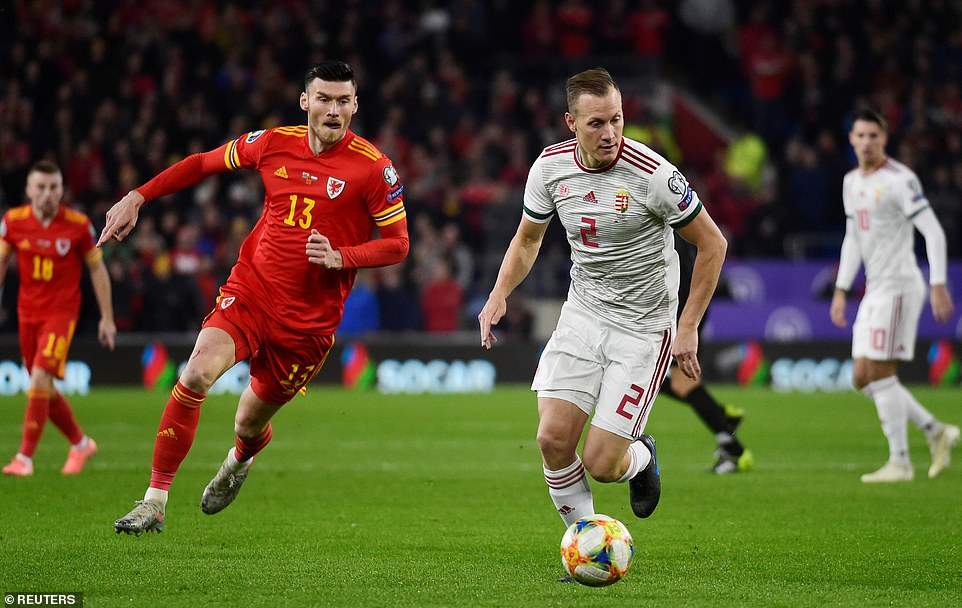 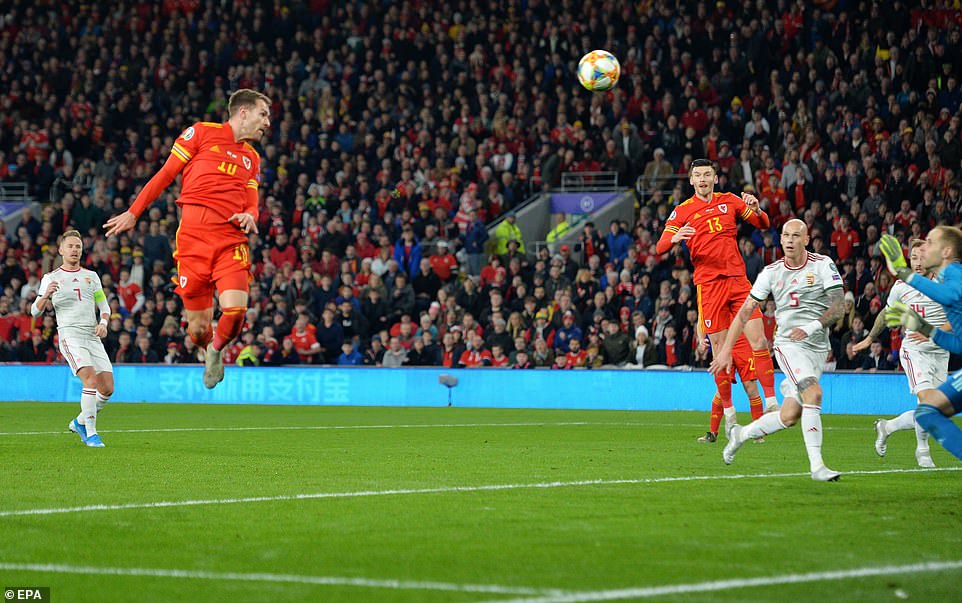 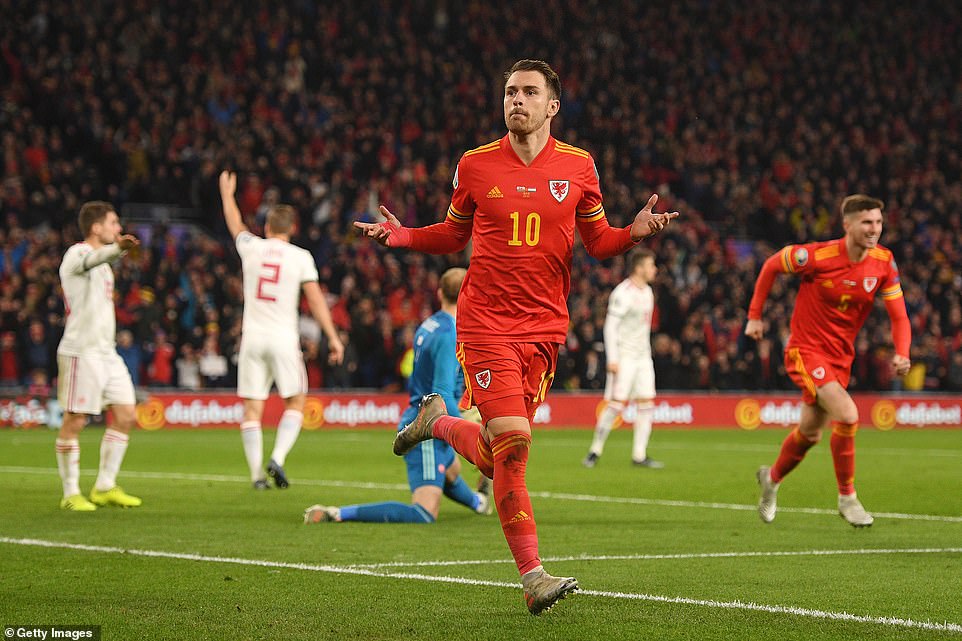 Hungary had won only one of their past 12 qualifying matches away from home, and were without key players, too. Centre-back Willi Orban was absent due to injury, while fellow defender Mihaly Korhut and midfielder Laszlo Kleinheisler were suspended.

But qualifying heartbreak remained fresh in the minds of many Wales fans, with Euro 2016 their first appearance at a major tournament for 58 years. Romania in 1993, Russia 10 years later and the Republic of Ireland in 2017 – all these results meant Wales would not count their chickens.

They knew a win would be enough to book a spot in Euro 2020 without needing to tackle the play-offs next spring – yet Wales started a little nervously. There was none of the vigour they showed in the early of their 2-0 win in Azerbaijan on Saturday as Hungary dished out some rough treatment to Bale and Ramsey. For a short time, they looked comfortable.

Yet they could nothing when Wales’ two most talented players combined to put them in front. Connor Roberts found Bale in space on the right, and he delivered the perfect cross for Ramsey – who had drifted away from his marker Adam Nagy – to head home from close range. It was the Juventus midfielder’s 15th international goal, putting him level with John Charles in 10th on the all-time list.

Giggs had been restrained in the build-up but his leapt and punched the air in celebration, while confused Wales fans at the other end of the ground chanted the name of Kieffer Moore, not realising that Ramsey, rather than the Wigan striker, had given them the lead.

Moore should have made it two just before the half-hour mark, only to head another delightful cross from Bale just wide. 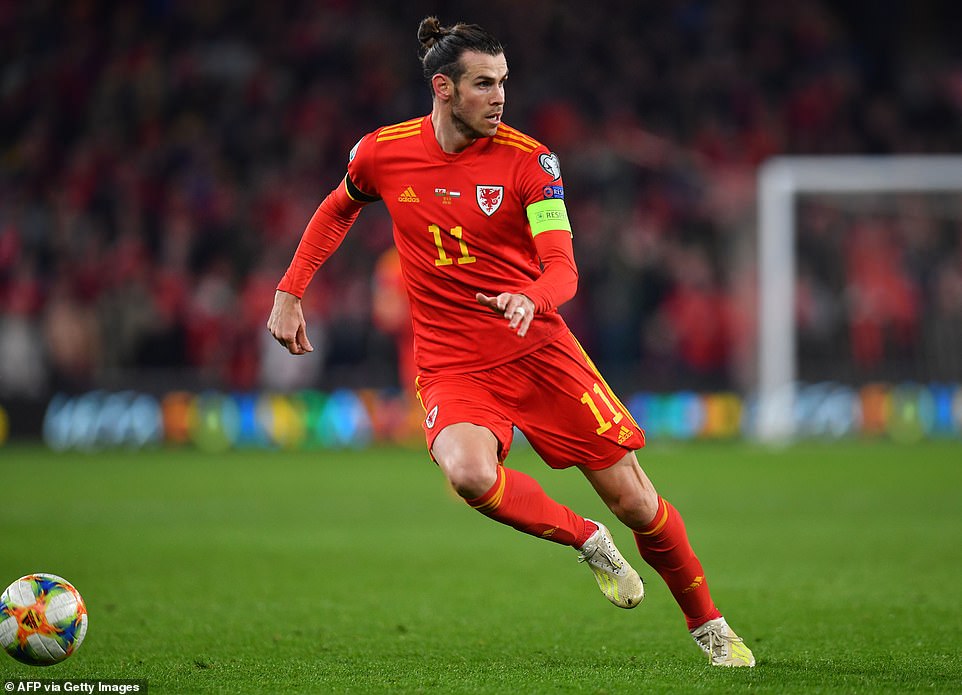 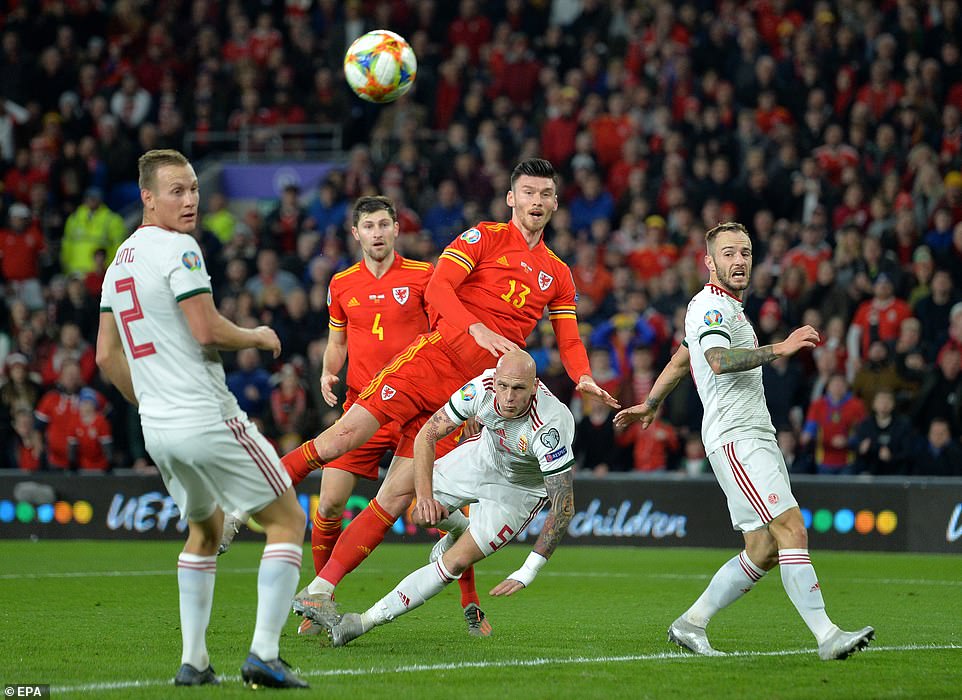 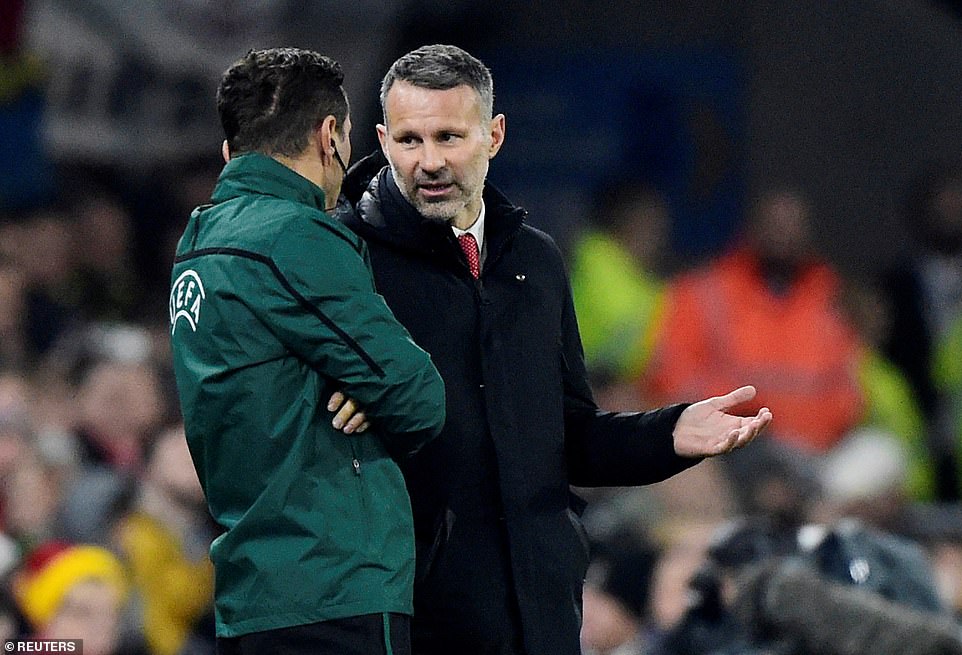 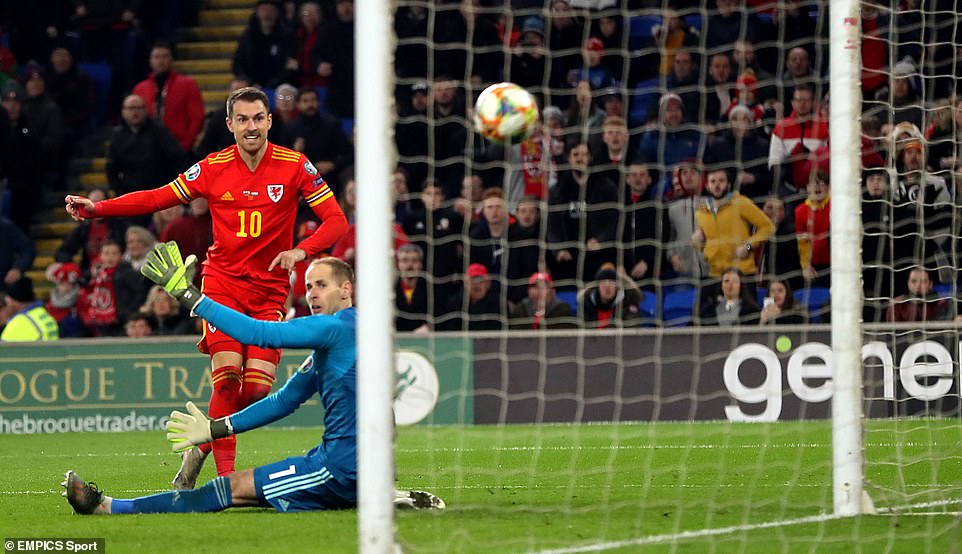 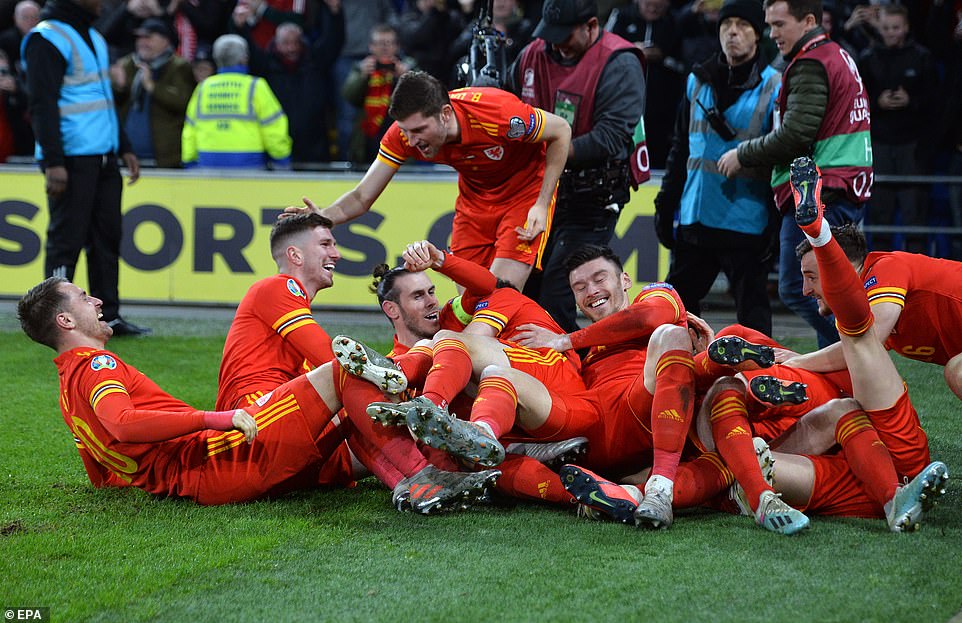 Wales nearly paid for it five minutes later but stayed ahead thanks to a brilliant double save from Wayne Hennessey. The Crystal Palace ‘keeper blocked Dominik Szoboszlai’s low drive from Adam Szalai’s knock-down, and then kept out the follow-up from Roland Sallai.

Bale was everywhere, at one point charging back deep into his own half to dispossess Zsolt Nagy. The Hungary left-back simply could not handle Bale and somehow avoided an early booking for several fouls on the Real Madrid man.

The second half started in bizarre fashion, with referee Ovidiu Hategan and his linesmen reappearing well after the players were ready to kick off – and Hungary were similarly late into their stride when the action resumed.

Moore miscued an attempted bicycle kick from Ben Davies’ free-kick on the left, but it fell perfectly for Ramsey, who lifted the ball calmly above Peter Gulacsi into the roof of the net. Wales had the breathing space they needed.

The Hungarians could not deal with Bale, Ramsey or James, and Bale nearly made it three with a free-kick from the edge of the box that went narrowly over. Then Ramsey was denied a hat-trick from just inside the box, Gulacsi saving with his foot after another thrilling run from James.

Ramsey didn’t care. Wales didn’t care. The party was about to start in Cardiff – and who knows how long it might last. 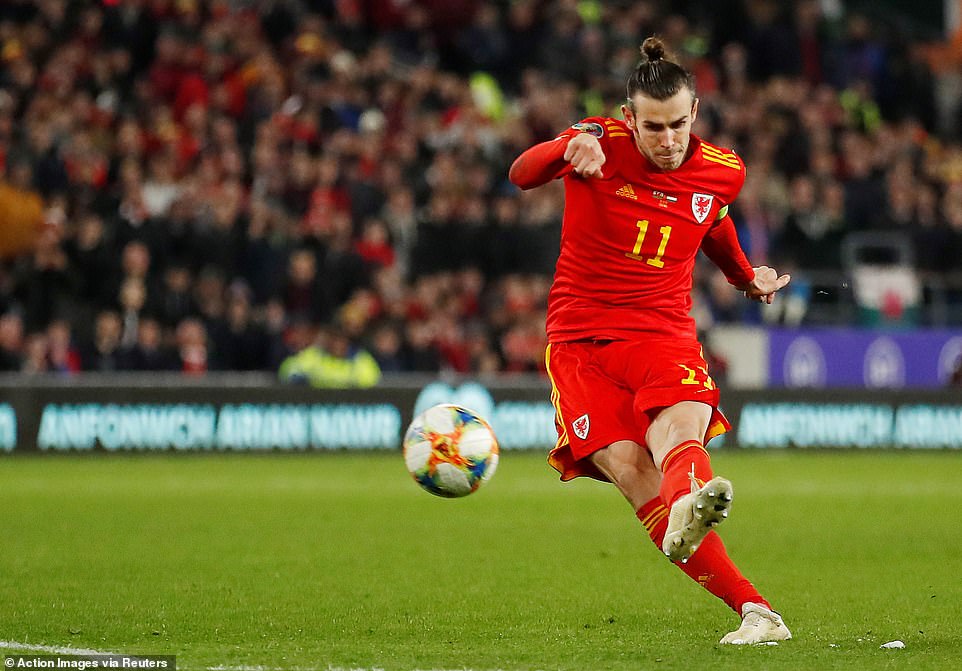 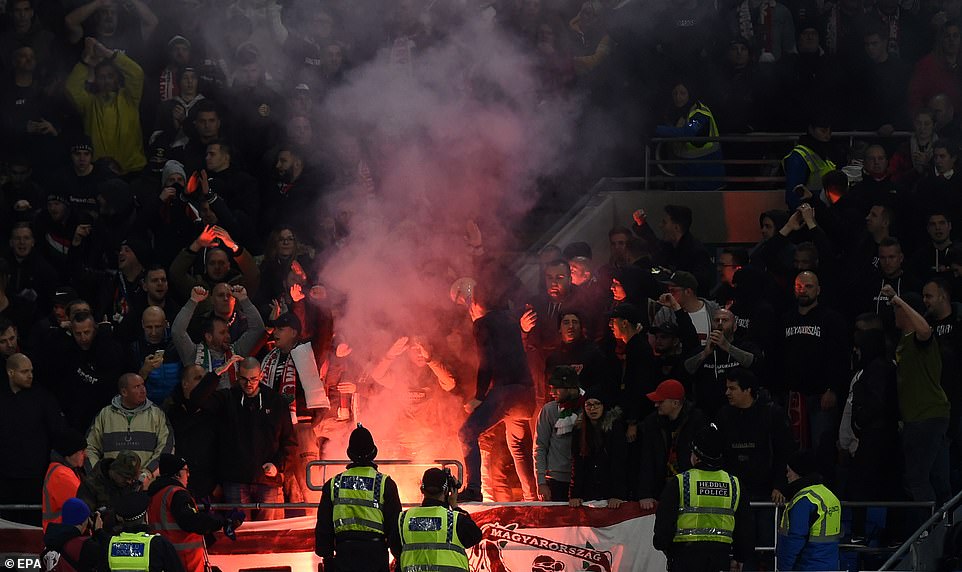