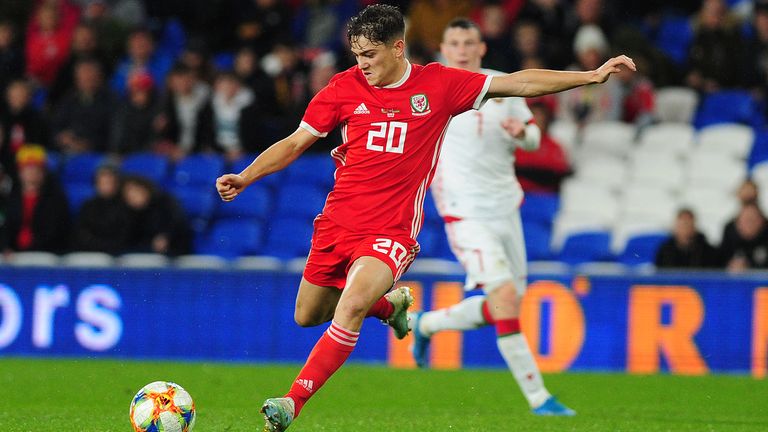 James has been in outstanding scoring form since his summer switch from Swansea to Manchester United, and the 21-year-old winger was on target again after 17 minutes.

Jonny Williams fed him down the left and James curled the ball brilliantly across goalkeeper Maksim Plotnikov from 18 yards and into the far corner of the net.

The goal lit up what was a low-key game played before one of Wales’ smallest crowds in the 10-year history of the Cardiff City Stadium. It had been feared the attendance would struggle to top the 6,373 figure that saw Wales lose a friendly to Australia in August 2011.

How Wales edged past Belarus

In the event, 7,666 turned up to see Wales record back-to-back wins after Friday’s Euro 2020 qualifying success over Azerbaijan, but there was little atmosphere in the 33,000-capacity stadium.

Wales manager Ryan Giggs, who bore the brunt of some heavy criticism from supporters for a limp performance against Azerbaijan, will take positives from this contest. There was a greater cohesion to much of their play than there was on Friday, while Giggs will be grateful for what was only a fourth clean sheet in 12 games.

Skipper Gareth Bale dropped to the bench as Bristol City midfielder Joe Morrell and Wigan striker Kieffer Moore were handed debuts – the 42nd and 43rd players used by Giggs in his 15 games in charge.

Danny Ward, Ben Davies and Williams – who was making his first start since Euro 2016 – also came in to the side which beat Azerbaijan 2-1, while Joe Allen took over the captaincy.

Allen was responsible for the game’s first real attack of note, dispossessing Evgeni Yablonski in the seventh minute and advancing 40 yards to set up Harry Wilson for a shot which debutant Plotnikov parried.

The rebound fell to Allen and he appeared to be barged from the back by Yablonski, although Scottish referee William Collum was not interested in Welsh penalty appeals.

Wales took the lead when the lively Williams led a counter-attack and found James, who finished like a man who has scored three goals in four games for United. 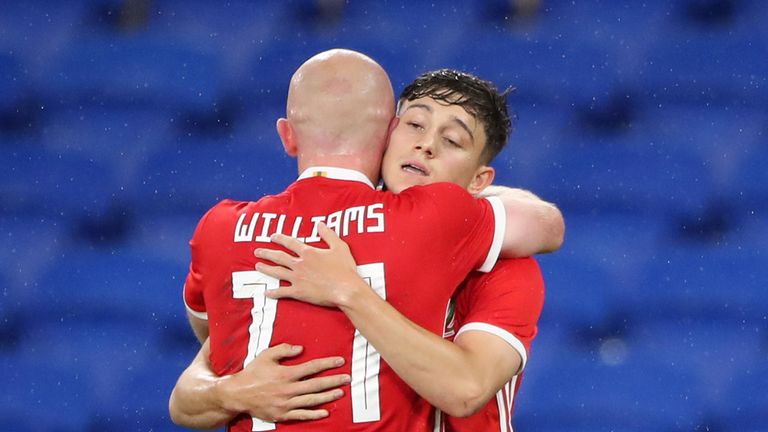 Yablonski saw his 25-yard effort comfortably held by Ward, but it was pretty much one-way traffic with Wales feeding James at every opportunity.

James’ cross was almost turned into his own net by Belarus skipper Sergei Politevich and the winger saw another goalbound attempt blocked before Davies’ deflected shot went wide.

Bale replaced James five minutes after the restart and Wilson struck the upright moments later after working a short-corner routine with Morrell. Moore went close to marking his debut with a goal when he met Connor Roberts’ cross, but his header fell just the wrong side of a post.

The Real Madrid striker had a rueful smile as he ended up in the back of the net, knowing that he had should have scored his 33rd international goal. But Wales safely held on for a morale-boosting victory before next month’s more demanding Euro 2020 qualifiers against Slovakia and Croatia.