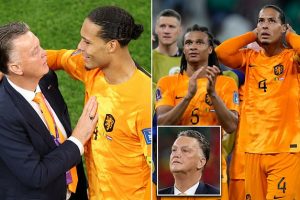 Van Gaal kept his condition under wraps from his players until they had qualified for Qatar. Only in April did he reveal he had undergone 25 sessions of radiotherapy treatment, which had been successful.

‘We are all human beings and when the news came out it was a shock for us,’ said Liverpool centre-half Van Dijk after the Dutch kicked off with a 2-0 win against Senegal in Group A. 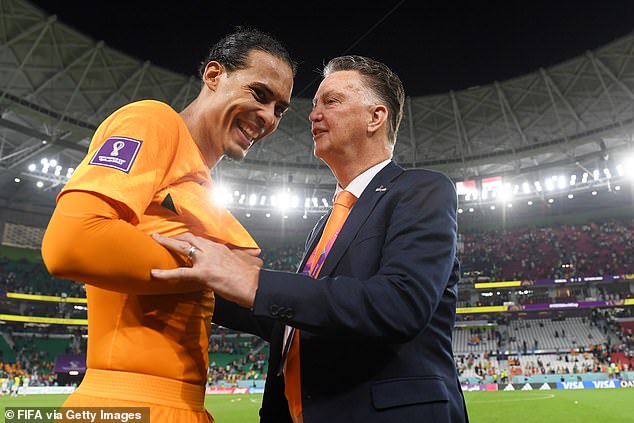 ‘It was tough but it was important we showed our support. He’s a very strong man, outspoken, but we wanted to be there for him.

‘It’s never easy for him to deal with the whole situation but I think he’s dealing with it fantastically. He’s our manager, we will fight for him regardless. He’s a great human being, very direct and we will definitely go that extra yard knowing this is the last World Cup for him.’

Vincent Janssen, the former Tottenham striker, now at Royal Antwerp, confirmed the team had been completely in the dark until Van Gaal’s revelation on a TV show.

‘Everyone in the squad knew when everyone else was told,’ said Janssen. ‘He was very private. He doesn’t talk about it too much. He is very strong. He is fighting very hard.

‘Everyone is fighting hard for each other and obviously people have stuff going on in their personal lives.’ 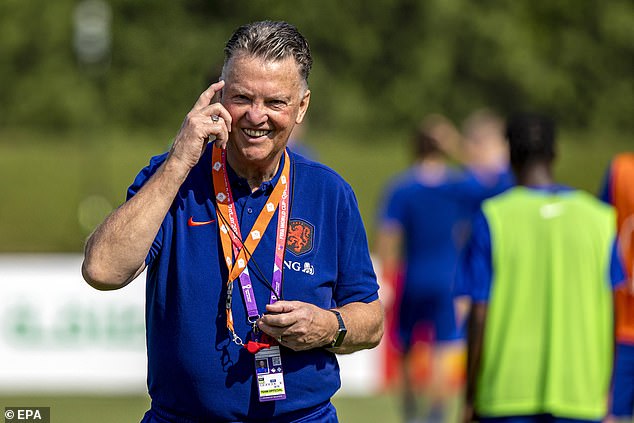 The veteran manager, 71, has admitted this year is likely to be his last World Cup campaign

Van Gaal, 71, is in his third spell as Holland boss and admits this is likely to be his last World Cup.

‘We haven’t lost under him yet,’ said Manchester City defender Nathan Ake. ‘He’s a great coach and we’re on a great run. We know where we are as a team. Everyone knows where they stand, he’s very direct.

‘He’s on to us, he gives us a lot of motivation and belief. That’s the most important work he does. He knows us, he trusts us and we trust him. It’s made us tighter because everyone knows exactly where we stand.

‘Whether you’re on the bench or in the team you know what he wants from you and that makes it very clear and everyone wants to fight for him.’ 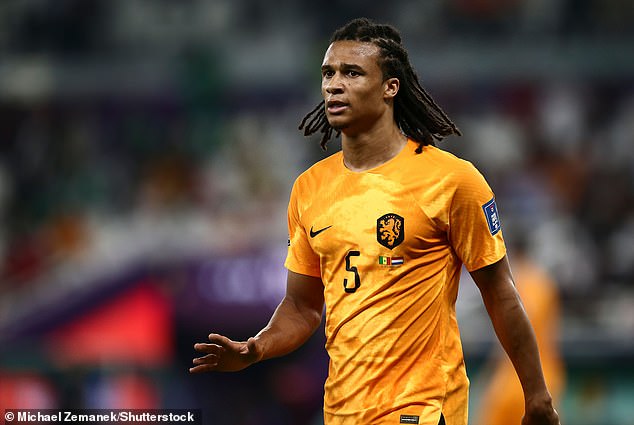 Nathan Ake has hailed Holland’s unbeaten spell under van Gaal, and his direct action to players