Villarreal game with Maccabi Tel Aviv will GO AHEAD

Villarreal’s Europa League clash with Maccabi Tel Aviv has been given the green light to go ahead after being cast in serious doubt as a result of torrential rainfall hitting the Spanish city.

The LaLiga club confirmed on Thursday evening that their clash with their Group I opponents would be pushed back by half an hour as a result of the biblical weather in Spain.

The extreme level of rainfall had left many fearing whether the fixture, which is scheduled to kick off at 8:30 GMT, would go ahead at the rearranged time. 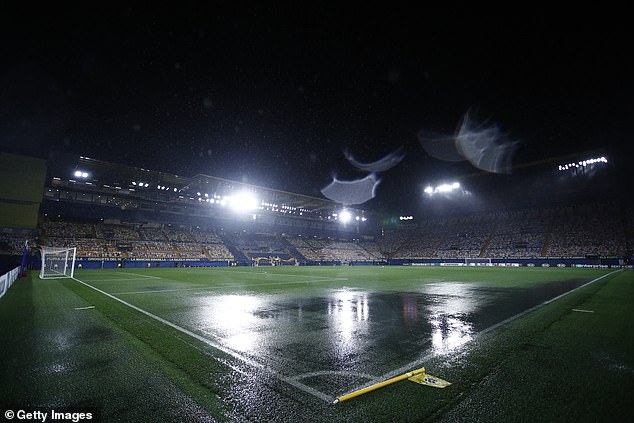 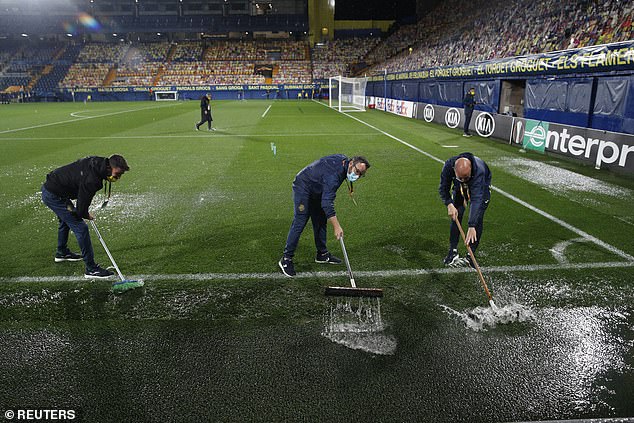 But thanks to hard work from Villarreal ground staff, UEFA have given the go ahead for the game to take place.

The Spanish club tweeted: ‘What a job the Villareal CF maintenance staff are doing to try and get the game played tonight.’

Moments before the 8:30 GMT kick off time, the LaLiga side tweeted: ‘It’s on! We will definitely play!’