VAR referee David Coote decided against ordering Giovani Lo Celso to be sent off in Tottenham’s 2-1 defeat at rivals Chelsea on Saturday because he believed the Argentine was simply ‘defending the ball’.

Lo Celso avoided sanction on the pitch and was cleared of any wrongdoing by Coote from the referees’ Stockley Park base.

During the game the Professional Game Match Officials Limited (PGMOL) – the governing body for referees in England – conceded the wrong decision had been made.

Coote was unaware of this, because VAR referees are not allowed any ‘outside contact’ while working on games.

The Athletic report his verdict on the decision at the time was Lo Celso was protecting the ball from Azpilicueta, who came underneath him to win the ball.

The Argentine had his leg straight when he ‘stamped’ on his opponent, but Coote didn’t think the action had enough ‘intensity or point of contact’ to warrant a sending off.

The VAR official reportedly later changed his mind after watching a replay, and conceded a red card should have been issued.

He was also told he should have asked on-pitch referee Michael Oliver to use his pitchside monitor to have another look at the incident.

Despite the mistake, Coote didn’t apologise, and won’t be sanctioned or punished by PGMOL. 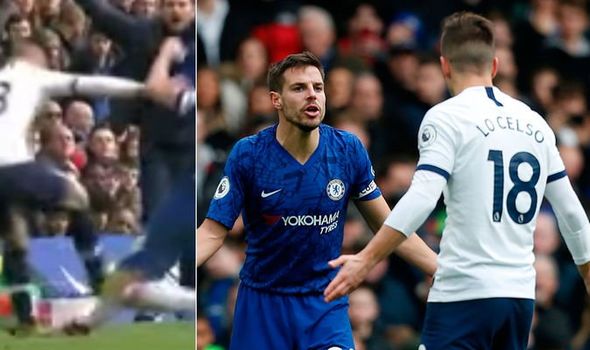 “Everybody knew they made a mistake,” Lampard said. “We have the monitor and can view it.

“I was just waiting for the red card to be shown – not with real pleasure – because it’s just a tackle that endangers the player. That’s what VAR was brought in for, to see things that the referee and the pitch-side [official] don’t see.

“It’s just not good enough. Saying afterwards that they made a mistake is not good enough because they had a couple of minutes to try to get it right. 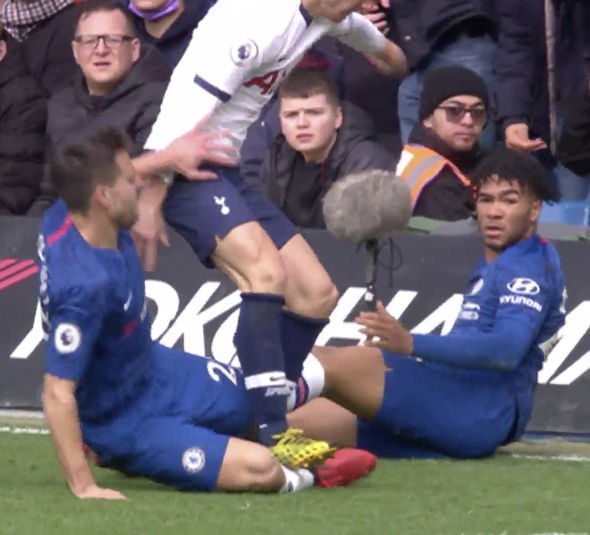 “They probably needed one viewing of that one to get it right. It’s another huge question mark on VAR.

“This one doesn’t need [the referee to look at] a pitch-side monitor. It’s a clear decision, a human decision. So Stockley Park, red card.”

Tottenham boss Jose Mourinho said: “I hope the noise is the same noise as when the VAR kills us.