Robin van Persie has been presented with a special shirt made up of the four clubs he played for during his career in professional football.

The curtain came down on the striker’s glittering career on Sunday with his Feyenoord side defeated 2-0 by ADO Den Haag.

He received a guard of honour when he was subbed off in stoppage time with the fans at De Kuip giving him a brilliant send-off. 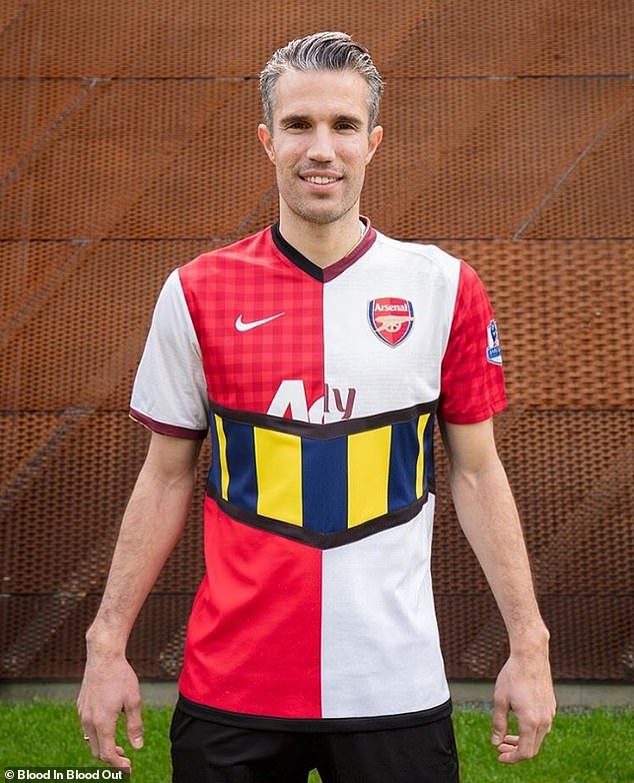 And Dutch kit customisers Blood In Blood Out have created a special mashup kit for the Van Persie, featuring all of the teams he played for at senior club level.

The top is made up of the 2012-13 Manchester United home shirt, the 2007-08 Arsenal away shirt and the traditional home colours of Fenerbahce and Feyenoord.

Van Persie started his career with Feyenoord and rejoined them in January 2018.

He has kept up an impressive scoring record in that time, netting 25 times in 49 appearances in his second spell. 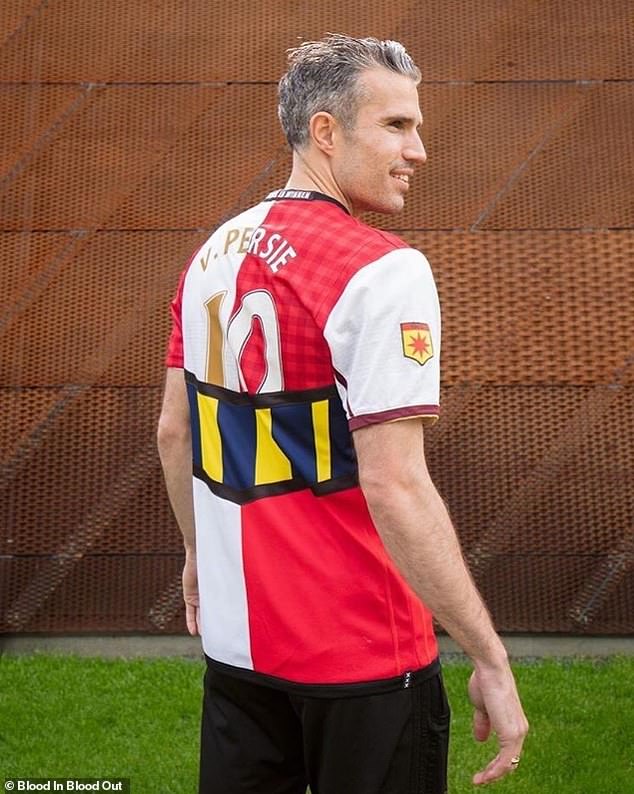 The kit is made up of the shirts of Feyenoord, Fenerbahce, Man United and Arsenal

The striker also bows out of football as the Premier League’s highest scoring Dutchman with 144 goals from spells with Arsenal and Manchester United.

Van Persie spent eight years with Arsenal, who he left Feyenoord for in 2004. He won the FA Cup under Arsene Wenger before leaving for United in 2012.

There, he spearheaded United’s charge to Premier League glory in Sir Alex Ferguson’s final season as manager at Old Trafford. 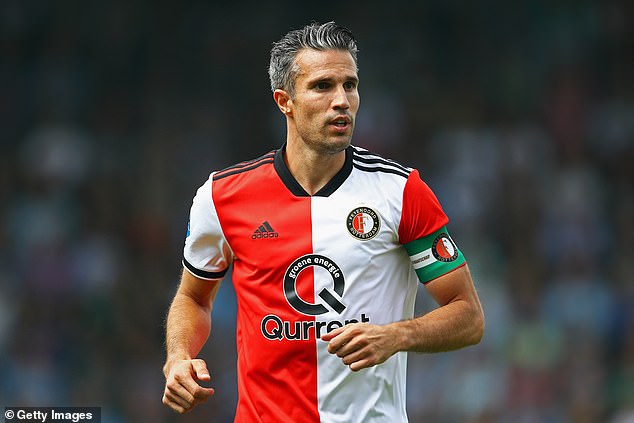 He left United and England in 2015, spending three years in Turkey with Fenerbahce before returning to hos boyhood club.

On the international scene, Van Persie scored 50 goals in 102 appearances for Holland.

He started the 2010 World Cup final, which Holland lost 1-0 to Spain in South Africa. 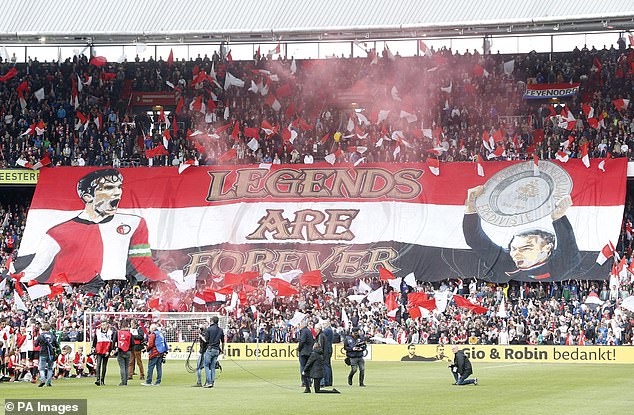