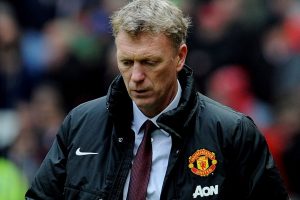 David Moyes has revealed that he couldn't escape the heat during his ill-fated reign at Manchester United with every radio station slating him.

Moyes stepped into the huge shoes of Sir Alex Ferguson when he became United's boss in 2013, only to lose the job 10 months later after failing to galvanize the club's faltering troops. And as his time at Old Trafford drew to an end, every radio station possible was discussing the Scotsman in a negative light.

Moyes tried to avoid the scathing criticism directed his way by steering clear of dedicated football stations such as talkSPORT and Radio Two, but even when he flicked onto music stations, he found himself and United were the topic of discussion. Moyes reflected on the Diary of a CEO podcast: "I remember when things weren't going so well at Manchester United, I'd be driving into training, so I couldn't put on talkSPORT, I couldn't put on Radio Two, so I thought I'd put on music (whatever it was).

ALSO READ: David Moyes says ‘I don’t give a s***’ while hoping for more time at West Ham

And they'd come on and their news would be talking about me aswell, so I'm like, 'oh my goodness is this ever going to end?!', is there a channel that isn't talking about Manchester United in some way?."

"But that was because it was getting closer to when I wasn't doing so well, and there was a lot to talk about, but I think you just have to find a way of shutting yourself off from it the best way you can."

Was Moyes given a fair shot at the Man United job? Let us know in the comments section

However, despite the intense scrutiny he faced as United boss, Moyes admitted that it was nothing like the pressure young managers face today as only a few fans could criticise him in the newspaper, unlike nowadays where coaches are constantly blasted on social media.

Moyes could find himself unemployed once again if he fails to turn things around at West Ham who currently sit in the Premier League relegation zone. But if he does become a free man, Moyes refused to rule out a return to United at some point, albeit not in a manager's role this time around.