UEFA write to FIFA to beg for ‘no good to the game’ handball law to return to the old rules, as president Aleksander Ceferin admits there have been ‘many unfair decisions’ in the Champions League – topped by Chelsea’s second penalty against Rennes

FIFA President Gianni Infantino has received a request from UEFA to adjust the handball law again to provide more flexibility for referees and prevent players being unfairly punished.

In a letter to Infantino seen by The Associated Press, UEFA President Aleksander Ceferin asked for the November meetings of the game’s lawmakers to consider allowing referees to determine again whether a player handled intentionally or not.

Ceferin’s intervention came after a spate of penalties being awarded because balls have – even unwittingly – hit outstretched or raised arms. 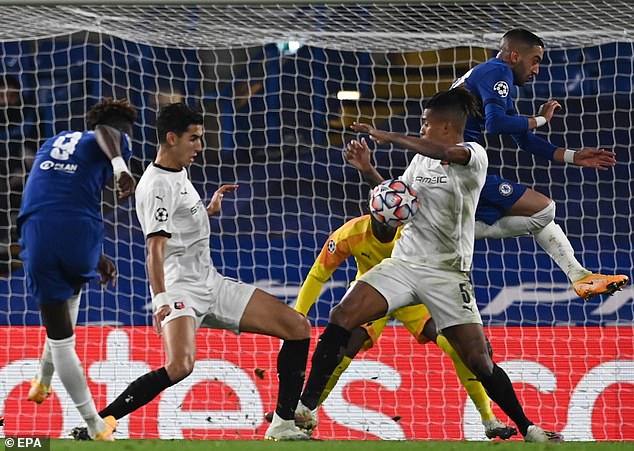 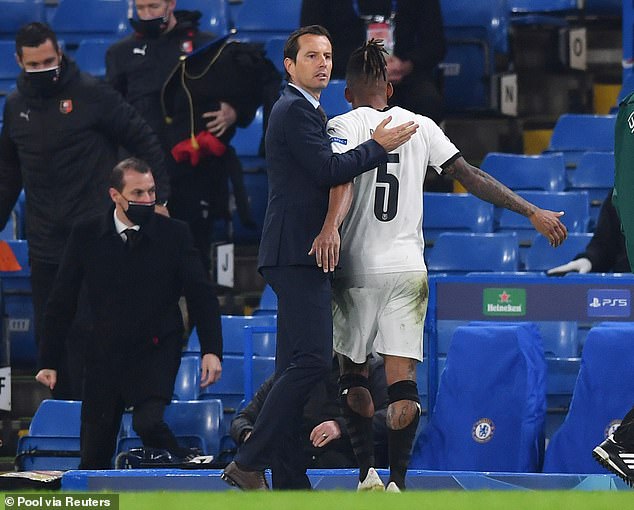 ‘The attempt to strictly define the cases where handling the ball is an offense has resulted in many unfair decisions which have been met with growing frustration and discomfort by the football community,’ Ceferin wrote.

UEFA has no say in the laws of the game despite running the world’s biggest club competition – the Champions League – and having the most most popular domestic leagues on the continent. The International Football Association Board is instead controlled by FIFA – which has half of the eight votes – and the four British associations from England, Scotland, Wales and Northern Ireland.

‘The spirit of the game must be preserved at all times,’ Ceferin said. ‘I believe that going back to the previous wording, perhaps reviewed and integrated by a provision which does not allow goals to be scored with a hand/arm, is an option to be taken into account.’ 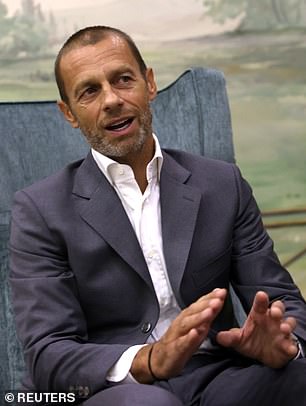 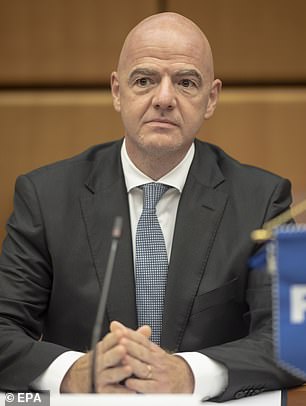 The letter was written to Infantino on October 27 but Ceferin’s case has been strengthened on Tuesday by an incident in a Champions League match. A shot by Chelsea striker Tammy Abraham struck Rennes defender Dalbert’s leg and ricocheted up onto his outstretched arm. It led to Dalbert being shown a second yellow card and a penalty being awarded that Timo Werner converted for Chelsea’s second in a 3-0 victory.

‘lt happens quite frequently that the ball accidentally hits hands or arms of players,’ Ceferin wrote, ‘but the spirit of the law is clearly that, these cases being unavoidable, they should not be punished in order to avoid excessive fragmentation of play and even to allow hazardous situations to decide the result of matches.’

The handball law, which changed in March 2019 at the annual meeting of IFAB, has coincided with the introduction of video assistant referees across competitions.

‘The use of VAR in many competitions has simply exacerbated the problem and pushes referees and media to vivisection every situation, with paranoid effects and controversial outcomes,’ Ceferin said. 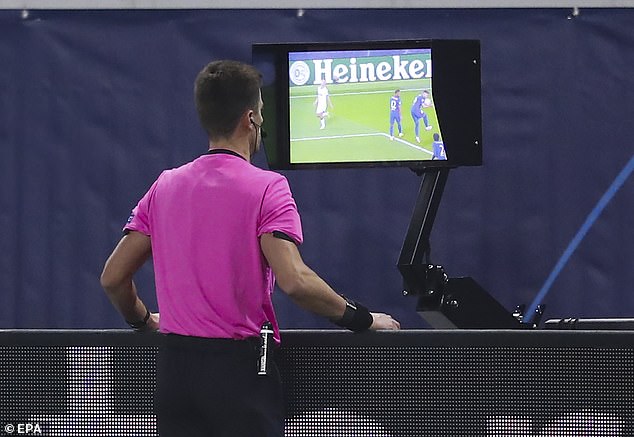 Despite referees being able to check pitchside monitors, the laws of the game still allow for controversial decisions amid the interpretation of the handball law

What Ceferin finds particularly problematic is referees assessing the positions of body parts.

‘The arms are part of bodies dynamically engaged in athletic efforts and their movement is necessary to preserve the body balance, make the effort successful and avoid injuries,’ Ceferin wrote. ‘There is plenty of evidence that the defenders are nowadays forced to assume `unnatural’ positions simply to avoid the risk to see their hand/arm accidentally hit by the ball and concede a penalty kick.

‘There are also plenty of situations where hands/arms exposed outside the profile of the body in moves which are understood to be natural, unintentional and unavoidable have been punished with penalty kicks. This is no good service to the game.’

Goals are also being harshly ruled out, Ceferin pointed out, because of accidental touches of the ball by an arm or hand. 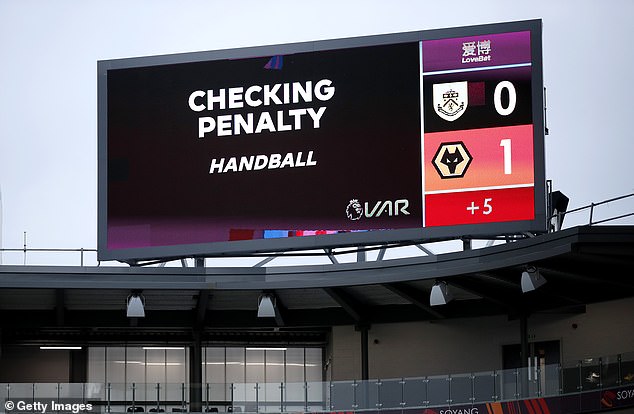 ‘lf the original spirit of this amendment was to avoid that a goal is scored with a hand/arm, this further provision goes far beyond the rationale as it leads to goals being disallowed following situations where the ball may have minimally hit the hand/arm of a player, without any intention of the latter and even if the hand/arm was in a natural position and the deflection did not have any significant impact on scoring the goal,’ Ceferin said.

The head of European soccer is hoping the law can be changed at the annual meeting of IFAB early next year.

‘There is no shame in admitting that sometimes decisions that are made for the good do not achieve their objectives and should be reviewed,’ Ceferin said. ‘Doing so would certainly not undermine the high merits and the credibility of IFAB, whose service to the game and dedication to safeguarding and enhancing its rules is fully appreciated by all.’