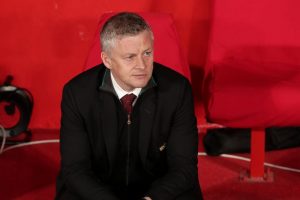 Manchester United have put themselves firmly in control of their Europa League quarter final tie against Granada, winning 2-0 away from home.

Ole Gunnar Solskjaer’s side went into the tie as heavy favourites, but the Spaniards started well on what was an historic night in their history.

After labouring through much of the opening exchanges, United got the all-important away goal when Marcus Rashford expertly controlled a long ball from Victor Lindelof, before poking home.

With the game winding down and neither side creating any chances, United were awarded a penalty for a foul o Bruno Fernandes.

The Portuguese dusted himself down and scored from the spot, despite the keeper getting a very solid hand on it.

It wasn't United at their brilliant best, but they head back to Old Trafford with one foot in the semi final.

On a night where the result was all that mattered, Solskjaer didn't get everything spot on, but he got the biggest decision right.

Solskjaer admitted that it was only after Rashford’s own admission that he was fit to play, that he kep him in the starting line-up.

After missing the recent batch of international fixtures and coming off against brighton, there may have been a temptation to rest him ahead of the run-in.

And when Rashford appeared to pick up a knock in the opening exchanges, the temptation to bring him off must have been palpable.

However, the United boss held his nerve and was quickly rewarded when Rashford’s sublime run and finish put his side 1-0 ahead.

No Cavani from the start

This seemed like the perfect night for Edinson Cavani to rediscover some form.

Instead, Solskjaer opted to start Mason Greenwood as a central striker. For all the promise of the England international, Greenwood still doesn’t look supremely comfortable leading the line.

He gave the ball away on a number of occasions and struggled to make an impact up against Granada’s physical back-four.

He was slightly better once Rashford moved centrally and he went back out wide, but this felt a game where Cavani could have really thrived from the off.

As United laboured during the second half, it felt as if neither side were willing to truly take the game to the other.

Granada offered little from an attacking sense, but similarly, the Red Devils put few attacks of note together.

With Scott McTominay sat at the base of United’s midfield and Daniel James looking like he was struggling for fitness, introductions for Donny van de Beek and Juan Mata looked as if they could provide a spark.

But with the exception of Cavani replacing Rashford, Solskjaer really bided his time before making alterations and when he did, it was only to bring on the defensive-minded Nemanja Matic.

United are overwhelming favourites going in to next week’s second leg, but with a number of suspensions for that clash, this felt like a missed opportunity to really kill off the tie.