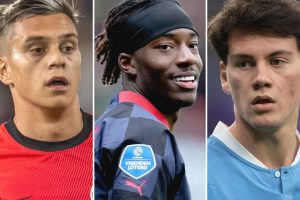 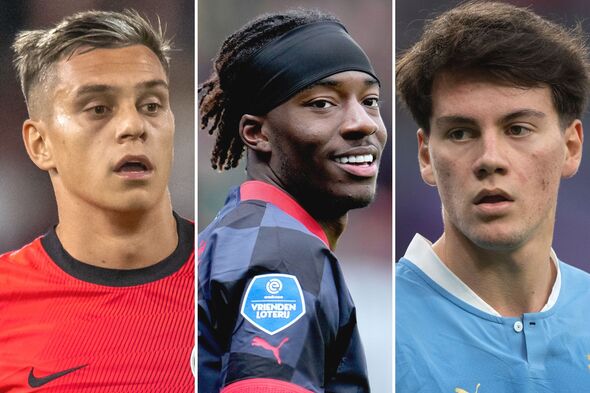 Arsenal and Chelsea are hopeful of completing the signings of Leandro Trossard and Noni Madueke today after striking agreements with Brighton and PSV Eindhoven, respectively. Both London clubs are welcoming the attackers for medicals on Friday morning ahead of the 12pm registration deadline as supporters frantically await news on their potential involvement this weekend against Manchester United and Liverpool.

Arsenal have been working around the clock to bring in a new forward for Mikel Arteta and now they have finally landed their man in the form of Brighton attacker Trossard, who will sign a long-term contract at the Emirates Stadium.

Meanwhile, in the midst of Thursday evening’s chaos, Chelsea moved quickly to prise Madueke away from PSV with the Englishman now set to return home to test himself in the Premier League after over four years in Holland.

Plenty of other deals could also be completed today with relegation-threatened West Ham and Everton both hopeful of confirming a new arrival ahead of Saturday’s crunch six-pointer at the London Stadium.

Leandro Trossard will undergo his Arsenal medical this morning in London and there is optimism the Gunners will beat the 12pm registration deadline to ensure he could feature against Manchester United on Sunday.

Arsenal shook hands on a £27million deal on Thursday afternoon with Brighton and will pay an initial £21m plus add-ons.

The Belgian international said his goodbyes at Brighton on Thursday after training with his team-mates for the final time before heading to London.

Personal terms are already agreed and Trossard will sign a long-term contract until the summer of 2027 with the option for an additional 12 months – although there has been some indication there has been a late change to his deal which could now expire in 2026 (still with a 12-month option).

The Gunners are finally set to land the attacking signing they craved after enduring agony in their pursuit of Mykhaylo Mudryk last week.

Manchester United are facing a decision on young Uruguayan winger Facundo Pellistri after Flamengo made a loan offer with an option to buy.

O Globo in Brazil suggest a deal could be close between the two clubs with talks at an advanced stage.

Erik ten Hag has already said he wants to keep Pellistri but game time could be hard to come by due to United’s stacked forward line.

Instead, a return to South America could be firmly on the agenda with United now poised to make a difficult decision on the attacker’s future with Pellistri keen to play regular football following his strong involvement with Uruguay at the World Cup.

Noni Madueke is also set to undergo his Chelsea medical today as he prepares to become the sixth signing of the January window at Stamford Bridge.

PSV and Chelsea have agreed a £35m deal including add-ons for the young English starlet, who has been courted by a whole host of Premier League clubs since moving to Holland in 2018.

Although there was an initial gap in valuation, Chelsea moved quickly and upped their offer after seeing their opening bid of £25m rebuffed by the Dutch giants.

Madueke can play in multiple positions across the frontline and fits Chelsea’s newly-devised transfer policy like a glove as one of Europe’s hottest talents.

He is already in London after making the trip from Eindhoven on Thursday night.

Chelsea would have to register him by 12pm today to ensure he is available to face Liverpool on Saturday lunchtime, although that currently looks unlikely.