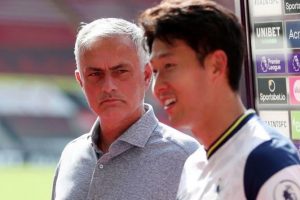 Tottenham boss Jose Mourinho knows it could be boom or bust in the top-four race when his former side Manchester United are in town. The pressure is off the Red Devils in north London with Champions League qualification virtually secure barring any late collapse.

Yet Spurs are locked in the dogfight, which could eventually cost Mourinho his job should his side not finish in the Champions League places.

Last weekend’s 2-2 draw at Newcastle was yet another setback for Tottenham, who have struggled to kick on when it matters this season.

For that reason, Mourinho is expected to shake things up once again this afternoon after welcoming back several first-teamers.

Hugo Lloris will keep his place in goal while Sergio Reguilon and Joe Rodon should also start.

JUST IN: Harry Kane ‘ready to tell Tottenham’ he wants to leave with two reasons behind decision 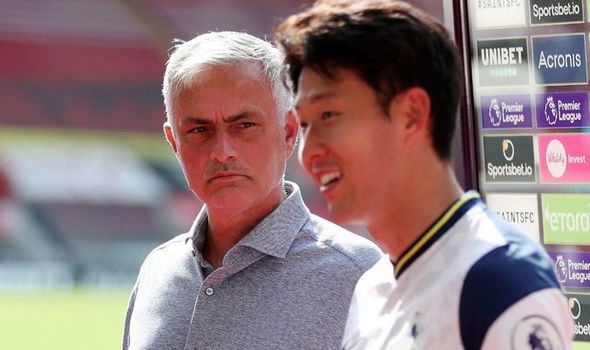 There has been plenty of talk regarding Toby Alderweireld who was allegedly not available for the trip to St James’ Park despite training.

He could come back in to partner Rodon at the heart of defence with Serge Aurier also back in at right-back.

In midfield, there will be no surprises should Tanguy Ndombele and Pierre-Emile Hojbjerg start.

Son Heung-min also looks set to return after a small lay-off with a hamstring injury sustained in the north London derby.

Lucas Moura could also get more minutes as a No 10, a role he has played regularly in recent times.

Erik Lamela could also come back into contention to bring some energy and physicality.

In attack, there are no surprises that Harry Kane leads the line as he looks to extend his lead at the Premier League’s top scorer this season.

Reports emerged this morning claiming that Kane has decided to leave Spurs at the end of the season, permitting they do not qualify for the Champions League.

Should Tottenham fail to beat United, they will face an uphill battle to finish in the top-four.

United will be out for revenge after they suffered an embarrassing 6-1 home defeat to Spurs in the first fixture back in October. 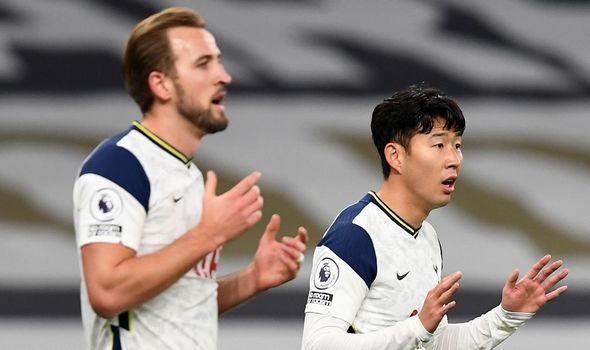 Ahead of the meeting with his former side, Mourinho has increased tensions by disagreeing with Ole Gunnar Solskjaer’s comments that success in cup competitions is “more of an ego thing from other managers”.

“It’s his opinion. I’m pretty sure his big boss Sir Alex had a different opinion about it. But I respect what Solskjaer thinks. I think different,” Mourinho said when asked about what the United boss said.

“Freedom of thinking, freedom of ideas, and if that is what he thinks that is fine by me. It’s not a problem for me, he’s not being disrespectful to anyone.

“But I repeat I believe his big boss, and the biggest in Premier League history, has a different view in relation to that.”