‘I do not want to be 36 years old and can hardly walk’: Tottenham star Toby Alderweireld wants Ajax return before he’s too old to make impact

Tottenham defender Toby Alderweireld has admitted he would be open to a move back to boyhood club Ajax.

The Belgian began his career at the Dutch giants, prior to spells at Atletico Madrid and Southampton, and says his special bond with the club could see him return at some stage.

Despite looking destined for the exit door at Spurs in the summer and being high on Jose Mourinho’s Manchester United shopping list, a move never materialised and Alderweireld has forced his way back into the Spurs side under Mauricio Pochettino. 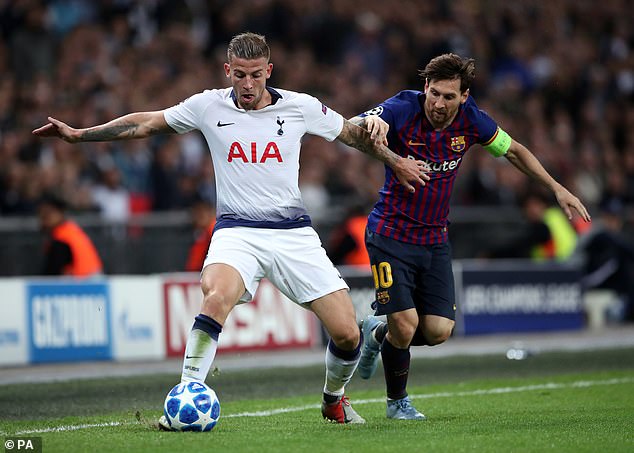 But his contract runs out at the end of the season and the 29-year-old could well end his four-year association with the club, despite an improving relationship with Pochettino.

Alderweireld suggested that a move back to Ajax would only come at the end of his career though. 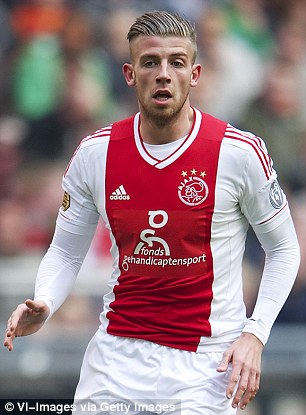 ‘At this moment in my career I don’t think about that yet. I think I can go on for years at this level. If I ever did, it is not to take it easy.

‘I do not want to be 36 years old and can hardly walk. When I return, I certainly want to leave something. And not only in the dressing room.

‘Of course it is close to home in Belgium and I have a bond with the club, because I played football at Ajax for eight years, achieving championships.’

Alderweireld was on the bench for Spurs’ opening game at Newcastle, but has started 10 of their 11 games since then, playing a key role in the club’s record start to a Premier League season.

That comes after a frustrating last campaign which saw him sidelined with a hamstring injury before failing to break back into the side.

He hit back at Pochettino after the World Cup, saying: ‘I wanted to prove something to myself, show that the period before the tournament in which I – for whatever reason – did not play, was unjustified.

‘I wanted to show that I’m still Toby, same as in November.’

And his relationship with Pochettino has clearly improved, although the Spurs boss admitted in August that it hasn’t always been that way. 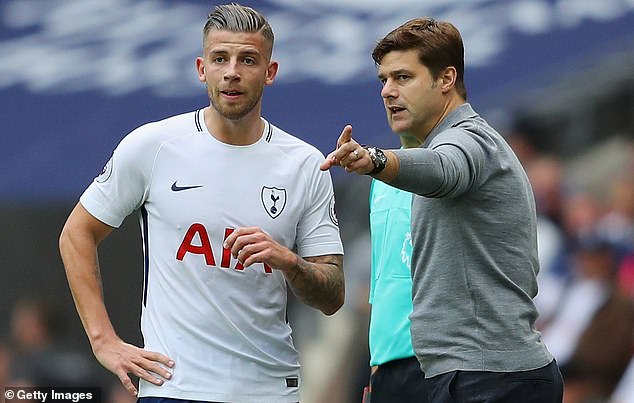 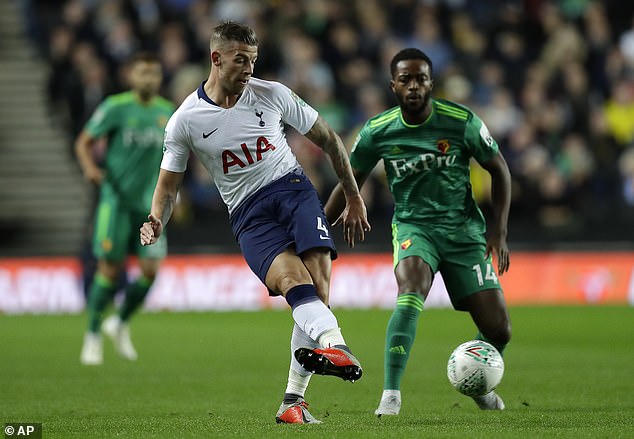 When asked about the centre back, he explained: ‘Look, many things happened and are going to happen and happened in the past. I am not going to talk, because that is a private matter.’

Alderweireld is expected to start for Spurs at PSV on Wednesday evening as they look to rescue their Champions League campaign.

After defeats to Inter Milan and Barcelona in their opening games, Spurs know that anything other than three points will make qualifying from Group B very difficult.