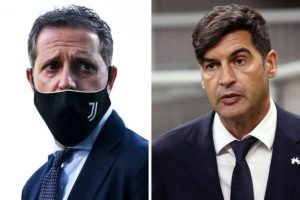 Tottenham have pencilled in two separate dates for the potential appointments of Fabio Paratici and Paulo Fonseca, reports in Italy claim. The club believe they are finally closing in on the unveiling of a new boss, some 51 days after the sacking of Jose Mourinho.

It has not been an easy ride to say the least for Daniel Levy, who continues to face public criticism from supporters.

Nonetheless, he will have Paratici on board to help him make some of the footballing decisions moving forward.

It’s believed the Italian, who left Juventus at the end of last season, has urged the club to appoint former Roma boss Fonseca.

Paratici believes the Portuguese has all the credentials to lead the club forward into a new era.

JUST IN: Tottenham close in on appointment of new manager with Fabio Paratici at heart of talks 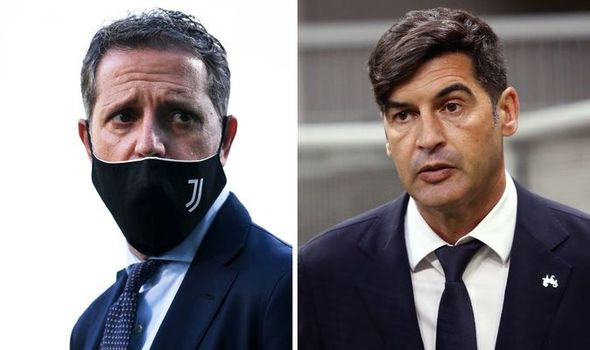 Although he is yet to be unveiled as the club’s sporting director, Paratici has already unofficially started his role behind the scenes.

He has been heavily involved in talks over a new manager in the past few days after agreeing a three-year contract.

Antonio Conte was set to join him in north London before a move collapsed following discussions.

However, now Spurs are believed to be edging closer to securing the services of Fonseca.

According to Sky in Italy, Tottenham are planning to confirm the appointment of Paratici on Monday.

Furthermore, it’s claimed that Fonseca could be unveiled as Tottenham’s new manager next Wednesday.

That is the word from Italy while in England, Tottenham have confirmed they are in advanced talks with Fonseca.

There has been no communication this end though on the finalisation of the deal, as of yet. 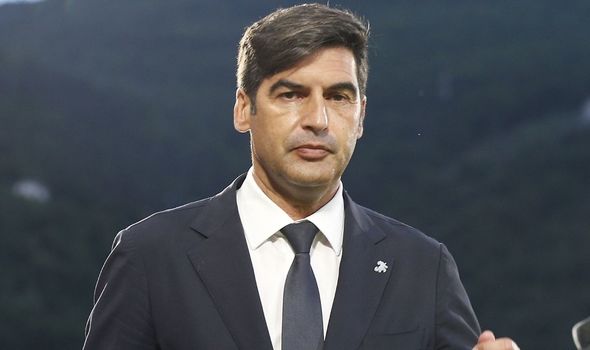 Fonseca left Roma at the end of last season after being relieved of his duties.

Coincidentally, he was replaced by ex-Spurs boss Jose Mourinho who will take charge next season.

He has had mixed success throughout his career having previously managed in Portugal with Porto and Braga while his stock skyrocketed following an impressive three years with Shakhtar.