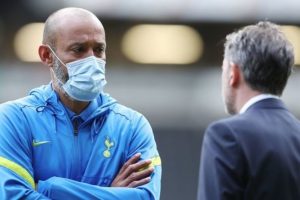 Reports in Italy claim Tottenham are preparing to meet with Atalanta next week to finally wrap up a deal for Cristian Romero. The saga has now rumbled on for over 10 days and little progress has been made since dialogue began between the two clubs.

Tottenham believe they have an agreement in place with the player but that counts for nothing if no deal has been struck with Atalanta.

Romero wants to move to north London and has already agreed personal terms and a five-year contract with Spurs.

Talks are ongoing between the two clubs but now Tottenham want to get the deal over the line.

According to Gianluca Di Marzio, Spurs and Atalanta are planning to sit down next week in which they will look to finalise the transfer of Romero.

Atalanta are already looking at potential replacements and have wasted no time in making their move for a host of targets.

Juventus’ Merih Demiral is one option while Luiz Felipe of Lazio is also under consideration.

There is also mutual interest from both Tottenham and Atalanta when Bologna’s Takehiro Tomiyasu is concerned.

Spurs are set to resume negotiations with the Italian club when the player returns from the Tokyo 2020 Olympics.

Tomiyasu remains in their thinking, particularly following the sale of Toby Alderweireld but Atalanta are also keen.

There has been some suggestion that Barcelona could look to hijack the deal for Romero.

But the La Liga giants simply do not have the money that Atalanta are looking for as they look to clear the decks to ease their financial troubles.

Tottenham technical director Fabio Paratici made it his personal mission to bring Romero to his new club.

He’s a player that he signed during his time at Juventus before the Argentine joined Atalanta on a permanent deal earlier in the year.

Centre-back is Tottenham’s main focus and they are unlikely to address other areas of their squad until they have found a resolution.

The arrival of Romero could then pave the way for Japhet Tanganga to head out on loan to Galatasaray after he received an offer from the Turkish Super Lig side.