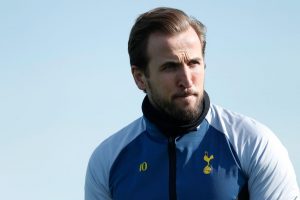 Tottenham could be tempted to stick by Jose Mourinho in order to keep Harry Kane happy despite the club slipping out of Premier League title contention.

After going top in December, Spurs have lost five of their last six fixtures in the league, falling down to ninth place and nine points behind the top four.

Despite the obvious drop in quality, Harry Kane has not changed his stance over Mourinho, with the England skipper certain that he will bring trophies to north London.

The former Chelsea and Manchester United boss has been in defiant mood in recent weeks, with crunch fixtures against Burnley and Fulham coming across just five days.

The Independent report that Kane is backing Mourinho to turn things around, which could end up forcing Daniel Levy to give the controversial boss more time than he would like.

“The problem is if you don't have pressure,” the Champions League winning boss said on Friday.

“I felt in trouble when I was at home and did not have pressure for a few months.

“That's the problem. It comes like oxygen, it is out life, I don't think there is any coach in the world without objectives or any kind if pressure.

“You just get used to it and also used to the way the press is at the time, you just have to adapt to it.”

Before adding of Burnley boss Sean Dyche: “He is doing amazing.