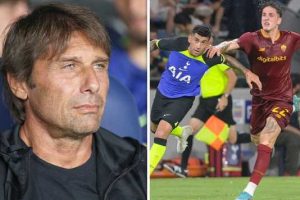 Kane heaps praise on Antonio Conte for impact at Tottenham

Tottenham suffered a 1-0 defeat against Roma in their final match of pre-season in Israel. Jose Mourinho’s side took the lead on the half-hour mark through a Roger Ibanez header. Spurs had some bright moments but were unable to draw level. Express Sport brings you five things we learned from their final friendly before the start of the Premier League season…

Weakness at defending set-pieces was a problem for Spurs last season. And it appears there is still work to be done in that regard.

Ibanez leapt the highest from a Lorenzo Pellegrini corner to head past a flat-footed Hugo Lloris as Roma opened the scoring. Conte will be hoping the signing of Clement Lenglet, who was on the bench at the time of the goal, will help in that regard.

Ivan Perisic has not featured much in pre-season since his free transfer arrival from Inter Milan. Conte handed him his first start in a Spurs shirt in Haifa and he didn’t disappoint.

Despite being 33 years of age, he proved he still has what it takes to be a regular threat from left wing-back. Conte knows Perisic better than most from their time together at Inter and he clearly suits the Italian’s system much better than Sergio Reguilon, who is out of the picture. 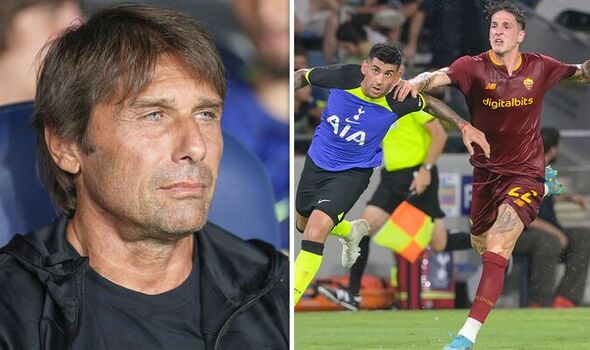 Matt Doherty leapfrogged Emerson Royal last season to become the first-choice right wing-back for Conte. Djed Spence has since been brought in following a fine season in the Championship with Nottingham Forest.

But the 21-year-old should not expect to walk straight into the starting XI as a regular. Doherty is an out-and-out wing-back and has plenty of experience playing in that role in the Premier League, and pushed his case with a solid performance against Roma.

One decision Conte will have to make against Southampton next Saturday is who will play in central midfield. Pierre-Emile Hojbjerg, Rodrigo Bentancur and summer signing Yves Bissouma are all competing for two starting spots. 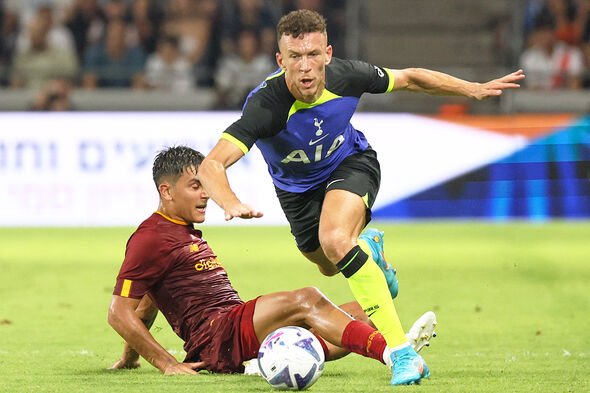 But Conte’s use of Hojbjerg against Roma is a hint that he will be one of the chosen two. Bissouma started the match and was replaced at half-time by Bentancur.

Nicolo Zaniolo has been linked with a move to Spurs this summer and Conte is a fan of the Italian. But apart from a couple of bright moments, Cristian Romero kept him at bay.

A crunching tackle on Zaniolo in the 74th minute when he was through on goal was a particular highlight. Romero will be one of the first names on the team sheet against the Saints and looks ready for the new campaign.