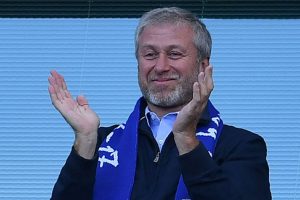 These jaw-dropping finances have allowed elite-level clubs to move into a league of their own, with the majority of these footballing heavyweights often bankrolled by wealthy investors.

Those riches have now begun to trickle down from the boardroom down to the playing field, with big bucks now being shelled out for playing stars on a regular basis.

But do you know who is behind the funding of these mega-money moves? Here’s a list of the 10 wealthiest football club owners in the world…

Since his £210m takeover in 2018, Mansour has bankrolled the club’s transformation into a European heavyweight.

As the richest individual in the game, it shouldn’t come as a surprise that the Sky Blues aren’t Mansour’s only investment. Through the City network group, he also owns various other clubs around the globe, including MLS side New York City and the A-league outfit Melbourne City.

Will Man City retain their Premier League title this season? Have your say in the comments section below.

Austrian billionaire Dietrich Mateschitz is best known for his role as joint-owner of the energy drink Red Bull.

The global success of that brand enabled him to finance a footballing network similar to Mansour, with the crown in the jewel being RB Leipzig from the Bundesliga.

Despite only being formed in 2009, Leipzig are already an established club in Europe, reaching the Champions League semi-finals in the 2019/20 season.

Andrea Agnelli is a third-generation owner of Italian juggernauts Juventus, following on from his father and grandfather. The family have built their wealth in the Italian motor industry, producing brands such as Fiat and Ferrari.

The Agnelli family have actually owned the club since 1947, overseeing a period in which the Old Lady have become Italy's most successful club after winning a staggering 36 domestic league titles.

Hoffenheim owner Dietmar Hopp is a German software engineer who has silently steered the club from regional leagues to the Bundesliga since he began investing back in 1990.

Hoffenheim is Hopp's hometown and he also turned out for the club as a teenager before becoming majority shareholder in 2015 – making him the first private owner of a Bundesliga side in history.

Hopp, who is the eighth richest man in Germany, has bankrolled a new 30,000 seater stadium and seen the club finish third in the top tier during his spell at the club.

Roman Abramovich’s purchase of Chelsea back in 2003 proved to be a watershed moment for the English game, with the Russian completely altering the playing field in the Premier League with a huge cash injection.

It took just two years for that investment to pay off, with Abramovich transforming Chelsea from chumps to champions – their 2005 title win was their first in an eye-watering 50 years.

Since then the Blues have gone on to win the Premier League another four times and the Champions League twice during his 18-year tenure.

Abramovich has money in oil and investments in Aluminum amongst other ventures to help him bankroll the Blues.

LA Galaxy owner Philip Anschutz was one of the founding fathers of Major League Soccer and is a recipient of the National Soccer Hall of Fame medal of honour for his contributions to American football's evolution.

Anschutz and Galaxy captured the attention of the globe by brokering the mega-bucks deal to bring David Beckham to America back in 2007 – a move that helped put the club and the MLS on the map.

Anschutz has ventures in real estate, oil and the entertainment industry to help finance the Galaxy.

Stan Kroenke has slowly upped his influence at Arsenal since first becoming a director in 2008.

The American billionaire owns a network of sporting clubs, including the Denver Nuggets in the NBA and the Los Angeles Rams in the NFL.

Kroenke became majority shareholder of the Gunners back in 2018, but has been the subject of fan protests since, with the majority of the fanbase feeling his wealth hasn't translated to investment at the Emirates.

Al Khelaifi retired from a career in tennis back in 2004 and has bankrolled a colossal spending spree since his arrival in the French capital.

He was the man behind the whopping world record £198m deal to bring Neymar to Paris back in 2017, but despite sustained domestic success, those riches haven't been able to bring European glory.

Chinese billionaire Zhang Jindong made his fortune primarily through domestic appliances, before his company, the Suning Holdings Group, become majority owners of Inter back in 2016.

Under Jindong, the club ended an 11-year trophy drought when they clinched the Serie A title this year.

Kraft also owns NFL giants New England Patriots, but hasn't been able to replicate that success in the MLS so far with the Revolution.