The 62-year-old was named the new Sheffield Wednesday boss on Friday, in what is his first position since leaving Middlesbrough in May 2019.

📸 A busy first day for the Wednesday boss! Training gallery from this morning now at https://t.co/Ofdb166N9k#swfc 👇

The Welshman, who has never suffered relegation in his 28 years as a manager, is hopeful he can be afforded time to turn the club’s fortunes around having inherited a team 23rd in the Championship.

He said: “I’ve worked for lots of decent people in my life but if you have a look at the money and the finances this man has put into this football club, it’s an enormous amount of money and the return should have been better. “It’s my chance, my opportunity to step in, to look at the football club, to see what needs to be done and to be very, very honest with him.

“I don’t want to be a person that speaks to him just saying what the chairman would like, or other people would like to hear. I really want to be totally committed to being as truthful and as honest.”

Pulis took Sheffield Wednesday training for the first time on Monday and believes that, with time, there is plenty of potential for his new club to eventually emulate cross-city rivals Sheffield United.

He becomes the Owls’ fourth permanent manager since Carlos Carvalhal departed in 2017, and is an appointment intended to bring immediate stability with a view to eventually fighting for promotion.

However, he hinted that such an outcome is reliant on finding the kind of stability United have enjoyed under Chris Wilder – who took them from League One to the Premier League.

“I suppose my assessment on the team and the squad – you have got to give me a bit of time,” Pulis said.

“At the moment we’re not because Sheffield United are. What Chris (Wilder) has done, there’s been five or six years’ stability there and they have rewarded the stability that Chris has brought them.

“My biggest aim and my biggest thought at this present moment is just assessing everything.” 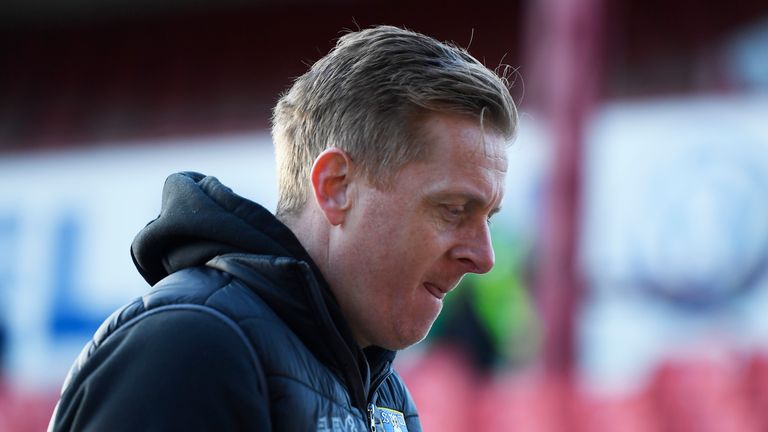 Pulis succeeds Garry Monk who was sacked on November 9, despite Chansiri offering Monk assurances over his future just a matter of days earlier.

Wednesday’s results did appear to be turning a corner with a draw against Millwall following a 1-0 victory over Bournemouth, but it was not enough to spare Monk.

Attentions will now turn to Pulis’ first game in charge which sees them travel to Deepdale to face Preston on Saturday, before a trip to Swansea on November 25 – live on Sky Sports Arena.