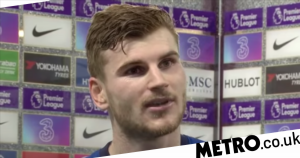 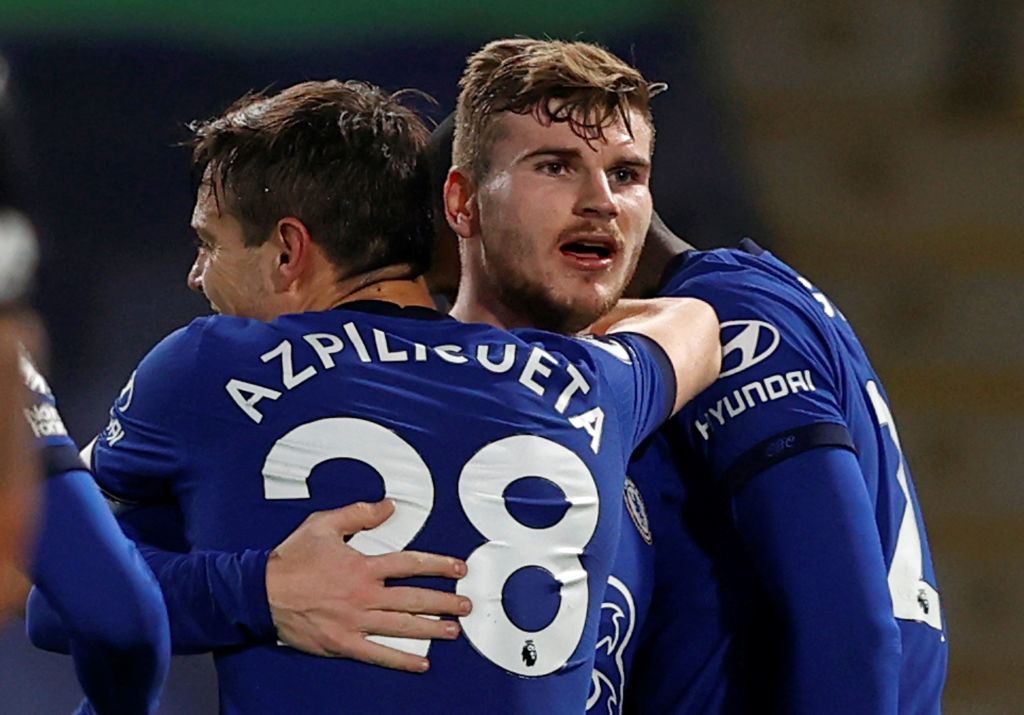 Timo Werner was understandably delighted after ending his Premier League goal drought in Chelsea’s 2-0 victory over Newcastle and said it had helped having Thomas Tuchel ‘screaming’ at him in his native German from the touchline.

The 24-year-old striker has had a difficult debut season since arriving from Leipzig last summer and had gone 14 matches in the English top flight without finding the net prior to Monday night’s clash at Stamford Bridge.

But Werner scrambled the ball home from close range in the 39th minute to double Chelsea’s advantage after Olivier Giroud’s opener and the hosts kept hold of their lead to seal a fifth straight win in all competitions.

Werner’s only other goal stretching way back to November 7 came in the FA Cup against League Two outfit Morecambe and the forward will heave breathed a sigh of relief after the final whistle.

Tuchel’s unbeaten record remained intact with the result and Werner hailed his new manager’s impact in his post-match interview with BBC Sport.

‘It’s helped me that someone can scream at me in German!’ he said.

‘He is [Tuchel] a really good guy, has a good idea of the football we want to play and, when we have more and more training sessions with him, we will get better and better.

‘A few weeks ago we were somewhere and nowhere and we were a lot of points behind fourth place.

‘We want to keep going, we’re only four points to second place and lots have said we won’t reach the top four at the end of the season, but here we are. We have a good shape, we’re back on track.’

‘I’m happy that I scored finally and there’s still a long way to go but if we keep going like this is will be a good end for us.

‘As a striker you always want to score, the last month was hard I was not happy with not scoring. But at the end it’s a team sport, when we win everything is good. Helping my team with assists and glad I scored today.

‘For a striker it’s worse when you can’t get in the right situations and have the chances.

‘I’ve had a lot of chances which I’ve missed, my team brought me a lot of situations where I could score today, when I keep going the goals will come like today and the assists as well.’

Fourth-placed Chelsea are still 11 points behind league leaders Manchester City – who have a game in hand on their rivals – and Werner underlined that there was ‘a lot of work to do’ to make up the ground they lost over the winter.

On Chelsea returning to the top four: ‘It’s really important, that’s important for us to reach Champions League at the end.

‘At the start of the season we were favourites of the title, the last two months have showed we are not and we have a lot of work to do to close the gap with City and other clubs.

‘The football we’ve played and the games we have played which have not been easy but we’ve showed that with some development we can get better.’ 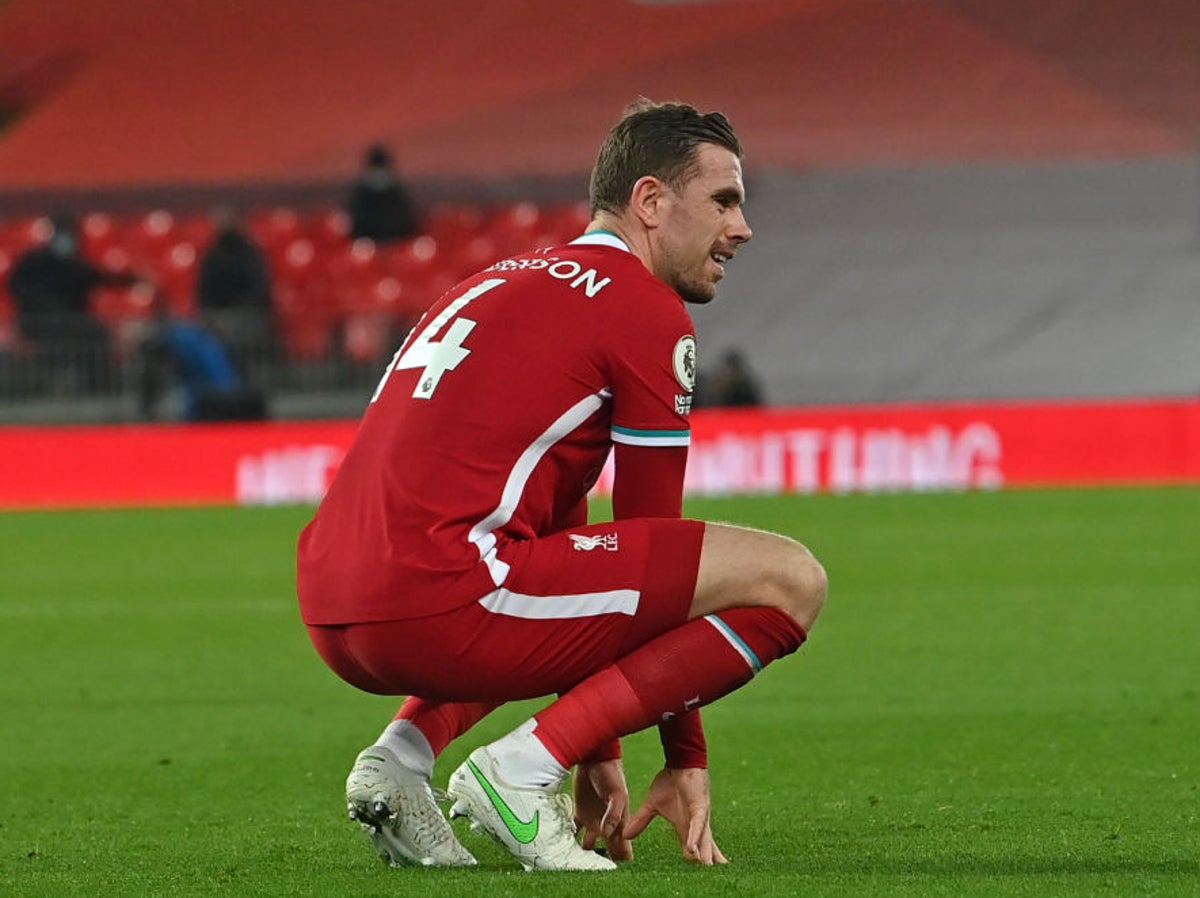 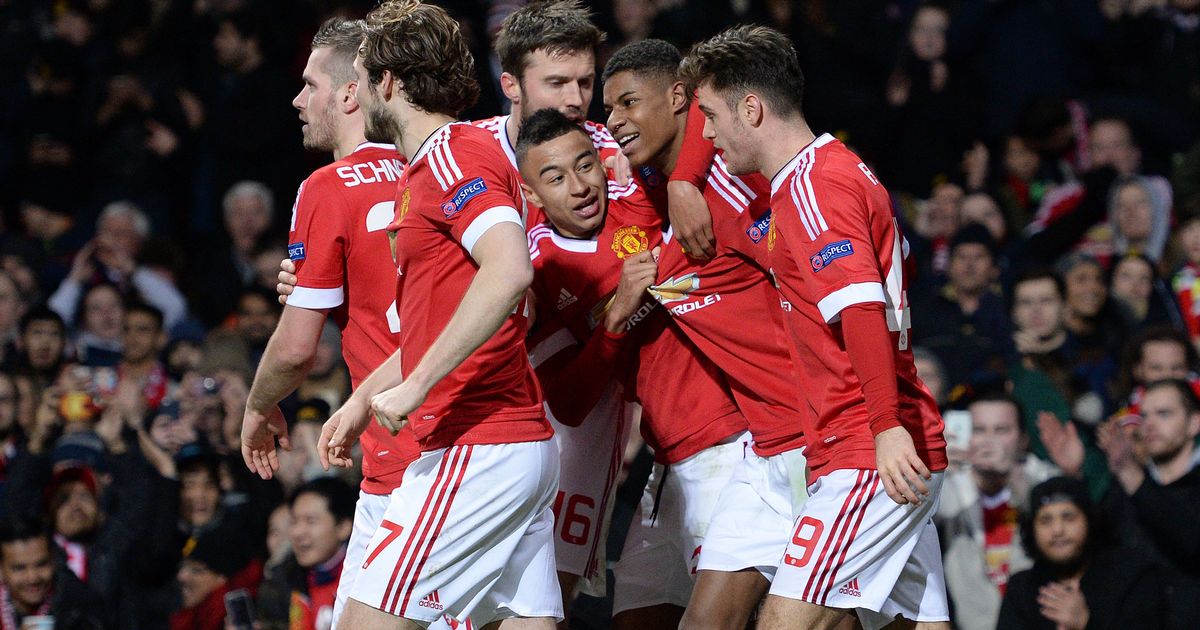